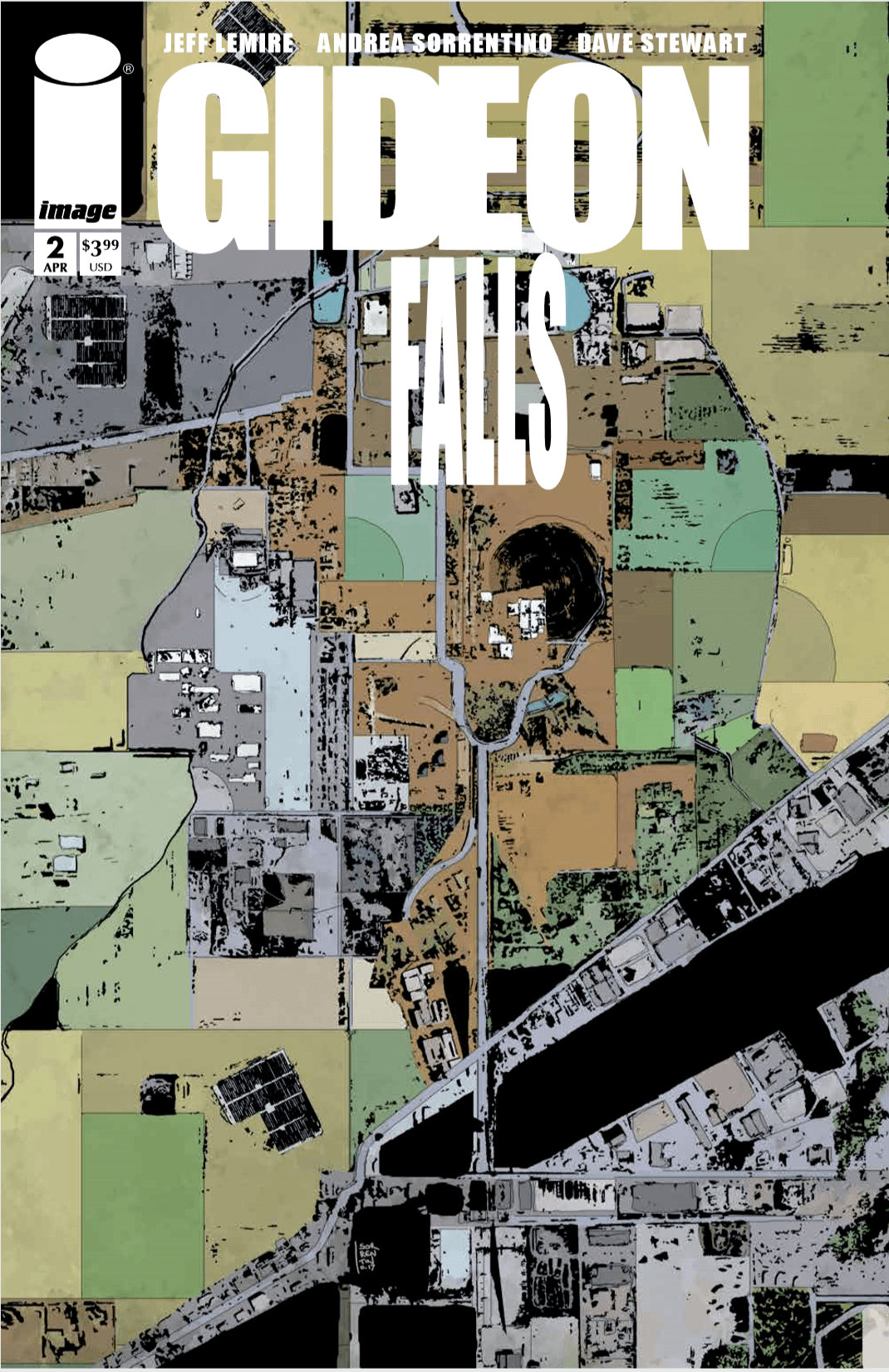 ALL THE LITTLE SINNERS SAY HALLELUJAH!

There has never been a moment in comics that makes me more anxious than when Gideon Falls has red on a panel. It is visually and psychologically stressful. This was true in the first issue, but my God, whenever red shows up as the brightest color in the entire palette by far it achieves an entirely new level of distress. 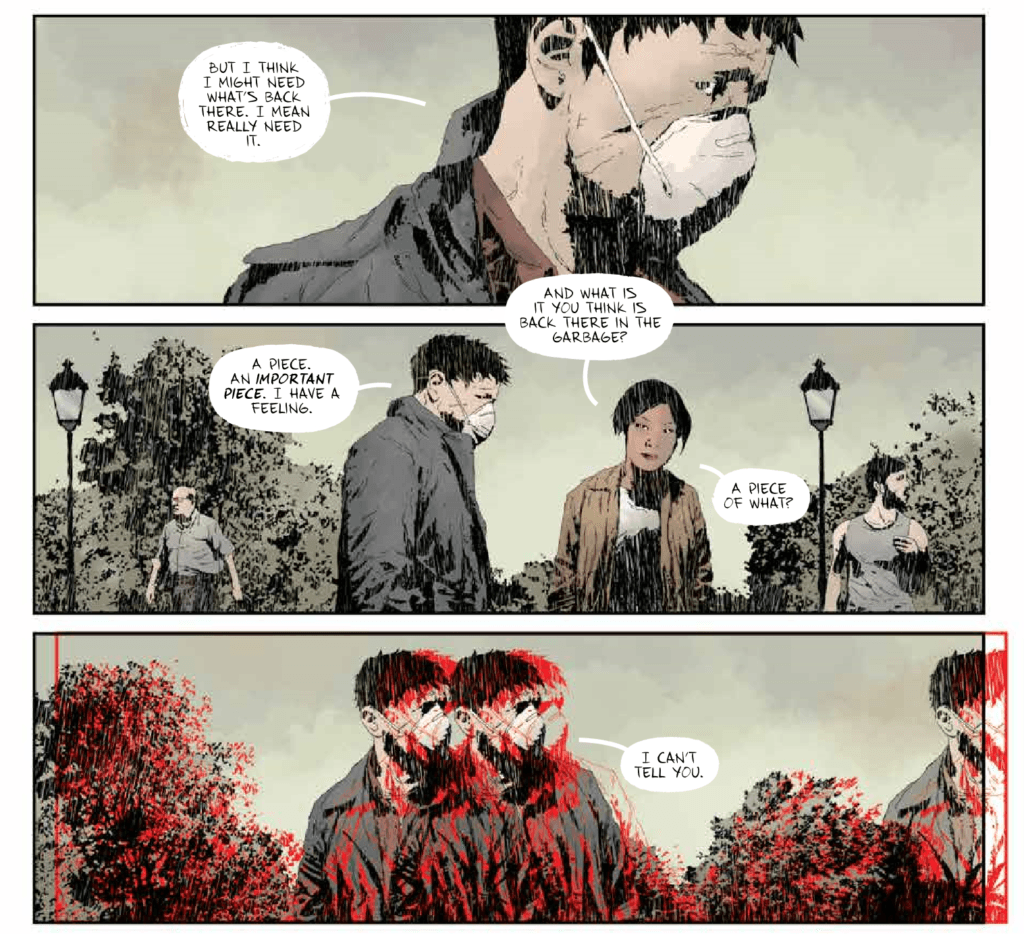 The enigmatic Black Barn is at the center of the Gideon Falls narrative. In one thread, we have Norton Sinclair under the care of psychologist Dr. Angie Xu. In the other thread, Father Fred Quinn is in police custody following the events of the last issue. While their circumstances vary, the fact of the matter is that both men are being told they can’t trust themselves. The outside world views their glimpses of the dark evil lurking in Gideon Falls as blips, irregularities, signs of stress or guilt or just general instability. Their concerns are brushed off as unrealistic. That conflict in and of itself would have been a great conflict, but the mere presence of the Black Barn looms over them and the reader. 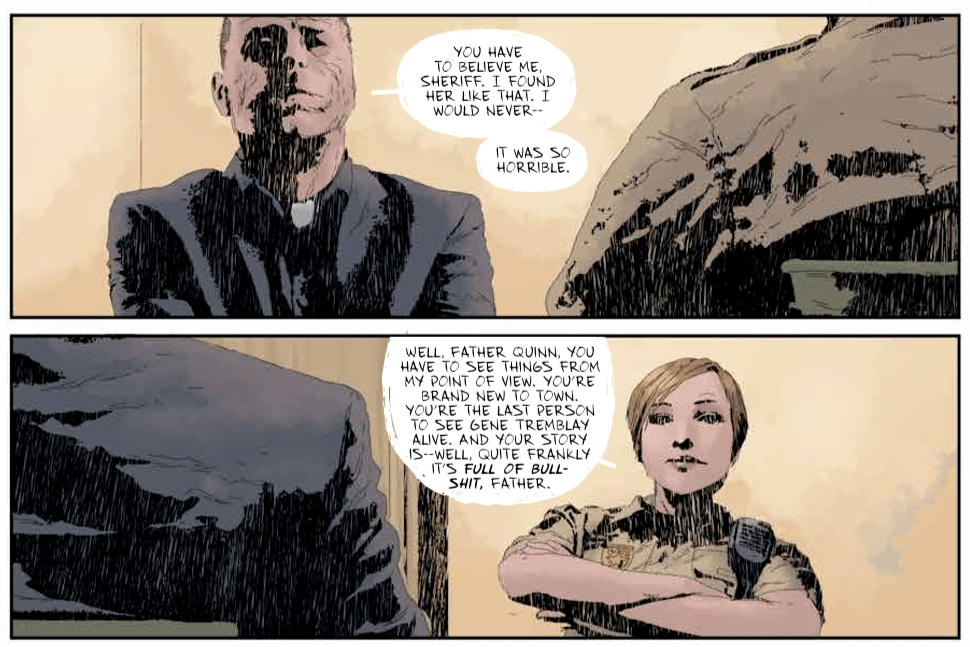 Sorrentino’s art and Stewart’s colors are top-notch. It is a beautiful realization of a dreary world. They craft a bleak atmosphere and texture it with these static bar scratches that give each panel a film grain like quality. It captures a particular type of fear and discomfort that pairs brilliantly with Lemire’s dialog. Every word feels authentic, every hesitation fits perfectly, and the tone resonates loudly. Whether it is desperation, resignation, or terror, you can feel it in your bones.

Gideon Falls is quickly becoming a must-read, and this is coming from someone who usually doesn’t love horror. The slow burn of the central mystery is allowing for some fascinating character studies and truly haunting moments.

9.4 “Exasperated Explanations” out of 10