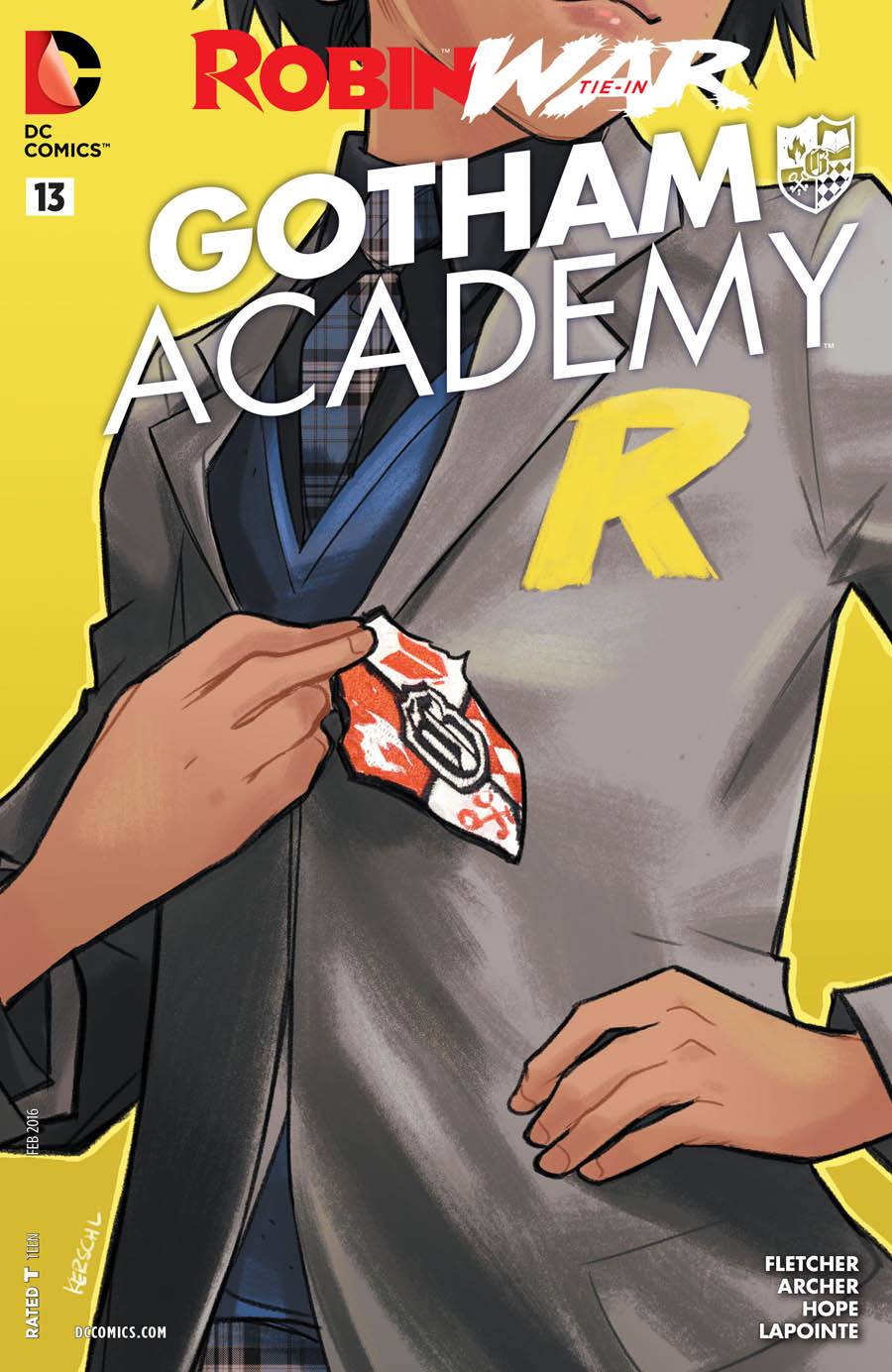 I love Gotham Academy, so I’ll be blunt with you all: issue #13 wasn’t its greatest. The dialogue-heavy issue kept balloons cluttered across its pages, full with upwards to 30-something words, and followed too many characters trying to do too many things. Basically, #13 tried to do the most, but ended up as the most Beifong-shrug issue of an otherwise awesome series.

Fans will need to get used to a new artist on the creative team, which will definitely take some adjustment if this issue is any indication. Where Karl Kerschl captured emotion without being over-the-top, subtlety is not a strong suit in this issue. Not sure whether it’s simply Archer’s style or another instance of this issue trying to do too much, but the exaggerated tone of each panel would even make an 8-year old reader say “I’m not that dumb.”


[divider type=”space_thin”]
In one scene Maps literally shoots daggers through her eyes (yes, drawn literally), slams a giant book shut in body-jarring frustration, and kicks up dust as she storms off. It was practically 3 comic panels of Not Another Teen Movie. Maps didn’t overcome girl archetypes and rock a stunning blazer for this, fam.

Between that, an uncharacteristic spat between friends, and one of the Detective Club team calling the cops on their own, I’m basically going to forget this one ever happened, except to use it as one more reminder why I don’t like crossover tie-ins. They force stories where they don’t need to go, as this ultimately helped neither the Robin War event nor Gotham Academy. I did hold onto it characteristic mystery though, with our team plotting on rooftops and breaking all the rules.

Fans can expect their regularly scheduled awesomeness to return, beginning with the 4-issue Gotham Academy Yearbook coming in January. I’m looking forward to it.