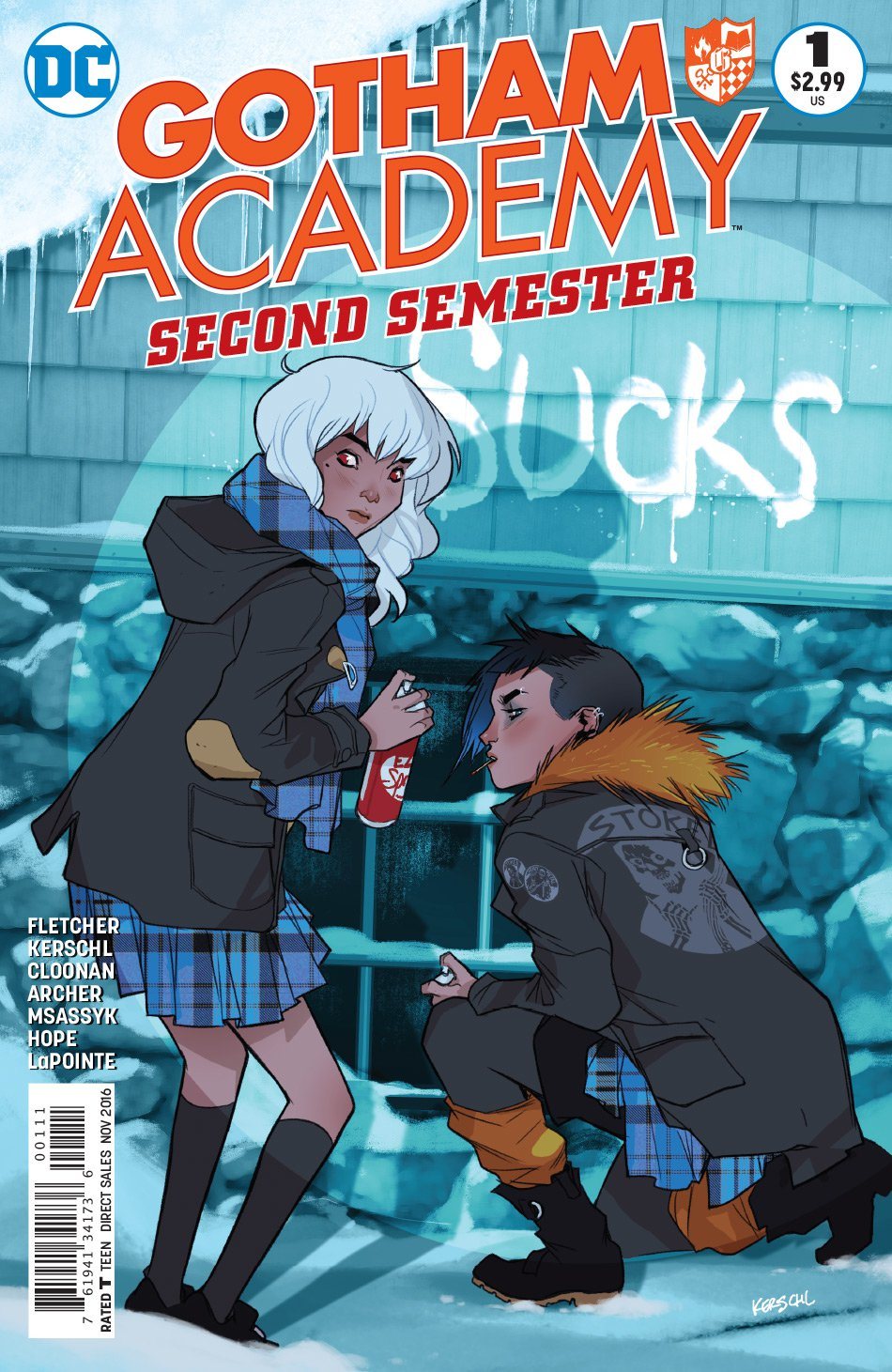 We’re back for the Second Semester of Gotham Academy, starting on gloomy note fitting for the campus grounds as the stage is reset for readers. The campus leaks melancholy as everyone is gone for the holidays, leaving the Academy to look more like a cemetery than a school, its life having left with the student body. Only a few people remain: our heroine, Olive Silverlock, and her half-teacher, half-friend, Ms. Macpherson.

The “friend” half of Ms. Macpherson is put the test when she stands up Olive for a dinner they were meant to spend together. It would seem innocuous enough if not for the opening scene that does well to set the tone of Olive’s loneliness, the gap that was left by her family, and once filled by her friends, currently left vacant. Vulnerability can make a slight feel like a betrayal, and vulnerability opens the door for the influence of Amy, a transfer student to Gotham Academy starting this new semester. Amy’s rolls up in Olive’s dorm room like the most transparently cliché of a bad teenage influence, recognizable to all except, well, actual teenagers. Punk hair? Check. Face piercing? Yup. Snarky disregard for privacy and personal belongings? You get the idea.

By testing Olive’s moral compass, Amy adds a dynamic that Gotham Academy either always needed, or is perhaps only ripe for now after having established our team of young detectives. At least so far, Amy is essentially the peer antagonist Pomeline never turned out to be. How much will Amy play into the series? What’ll be her relationship to the other members of the club? What got her expelled from two previous schools, and how long till we find the small Grinch heart in there?

As the Detective Club returns we can expect the usual fun fare from Gotham Academy, this time around including great art by Adam Archer. This is one of the best all-ages comics on shelves.