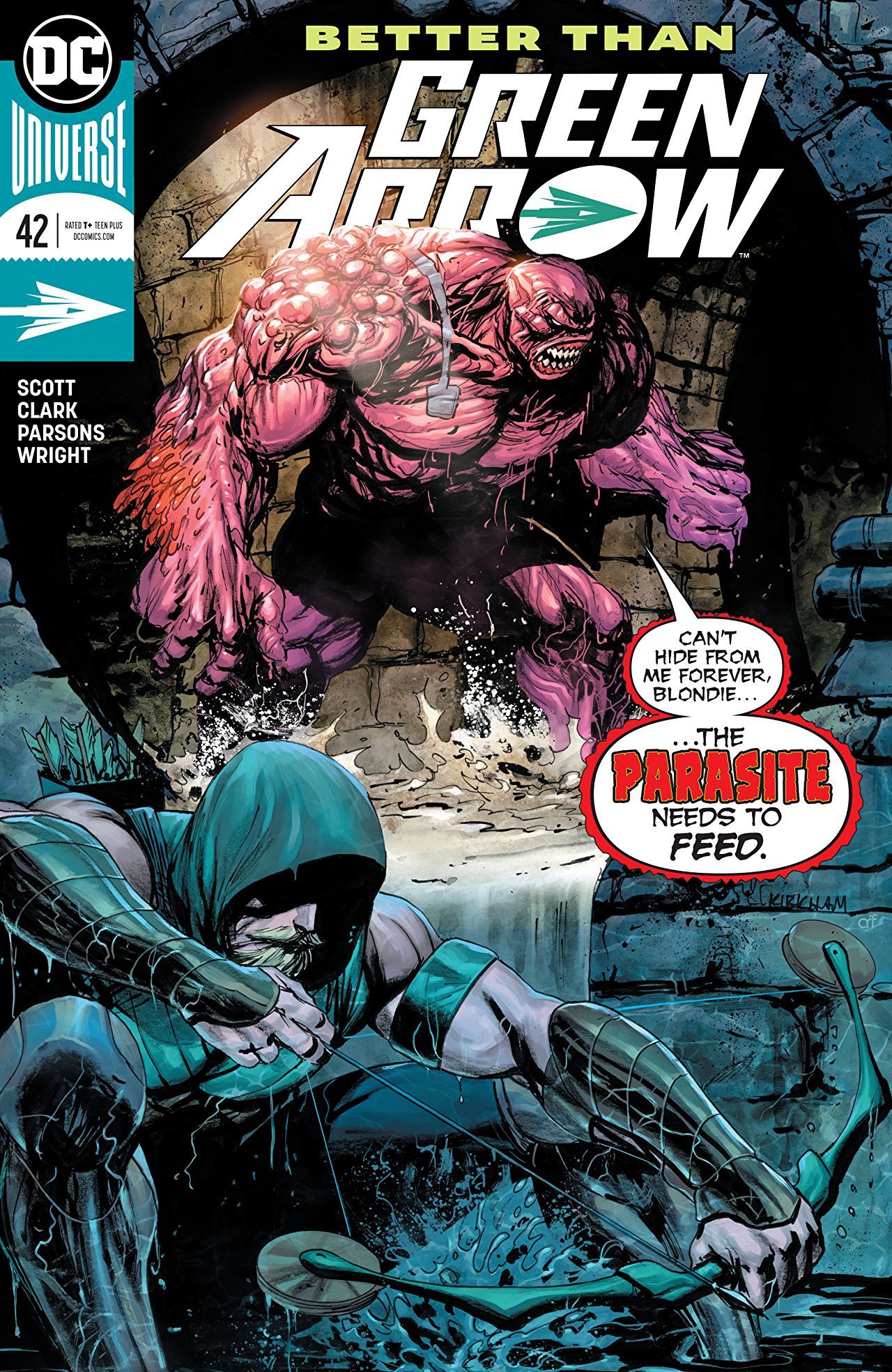 So this filler arc of Green Arrow comes to an end, thankfully. While Scott does create an interesting premise by looking at the truth behind what happens to DC villains once they are incarcerated, the story ultimately falls flat in the end. For a social justice warrior like Green Arrow and a plot like this, it feels like a wasted opportunity.

Last issue, Oliver was stuck in prison with the worst metahumans you can imagine. This, too, suffered from the fact that more could have been done with the premise. Instead, it felt too simple for Oliver to be able to handle such a situation with ease. This time, we got Oliver coming face-to-face with Parasite. This fight is given more care, as Oliver uses his smarts to devise a good plan to take the villain down. We actually get to see him think through a situation, rather him throwing a bunch of deus ex machina arrows. 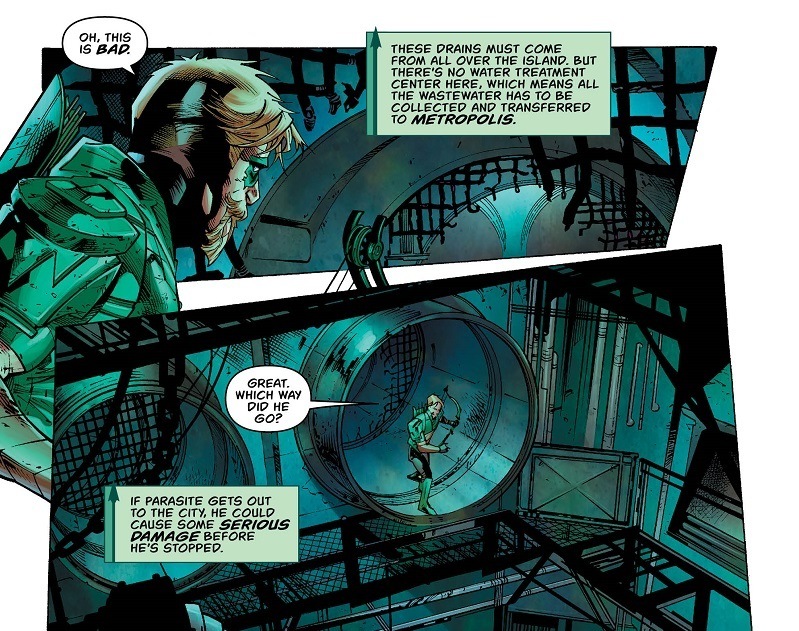 Scott does a great job here by focusing on Parasite’s fear of going back to prison, while using Oliver’s compassion to try and reason with the villain. We get a real close look at how the villain has been treated, and how his circumstances have led to him being imprisoned. This shows Parasite as less of a villain and more of a person who has run into a series of unfortunate events. It really calls into question how the government of heroes operate.

Where this issue loses me is its ending. All these issues about Parasite’s treatment in prison are brought up, but nothing is resolved. While considering the circumstances, it’s not an easy thing to solve and I accept that. I accept the fact that it can be difficult to securely guard the most dangerous metahumans alive while making sure they are treated with care at the same time. What bothers me is that Oliver accepts it. It kind of betrays the character for him to just let the situation go without doing anything about it.

Once again, this arc just doesn’t do it for me. I feel like it should have been something more, and it’s a shame that it’s wasn’t given the time to do that. Next issue, we move onto the new creative team. I hope they fully take advantage of the type of stories they choose to tell.

6 Irradiated Hands That Somehow Still Work out of 10