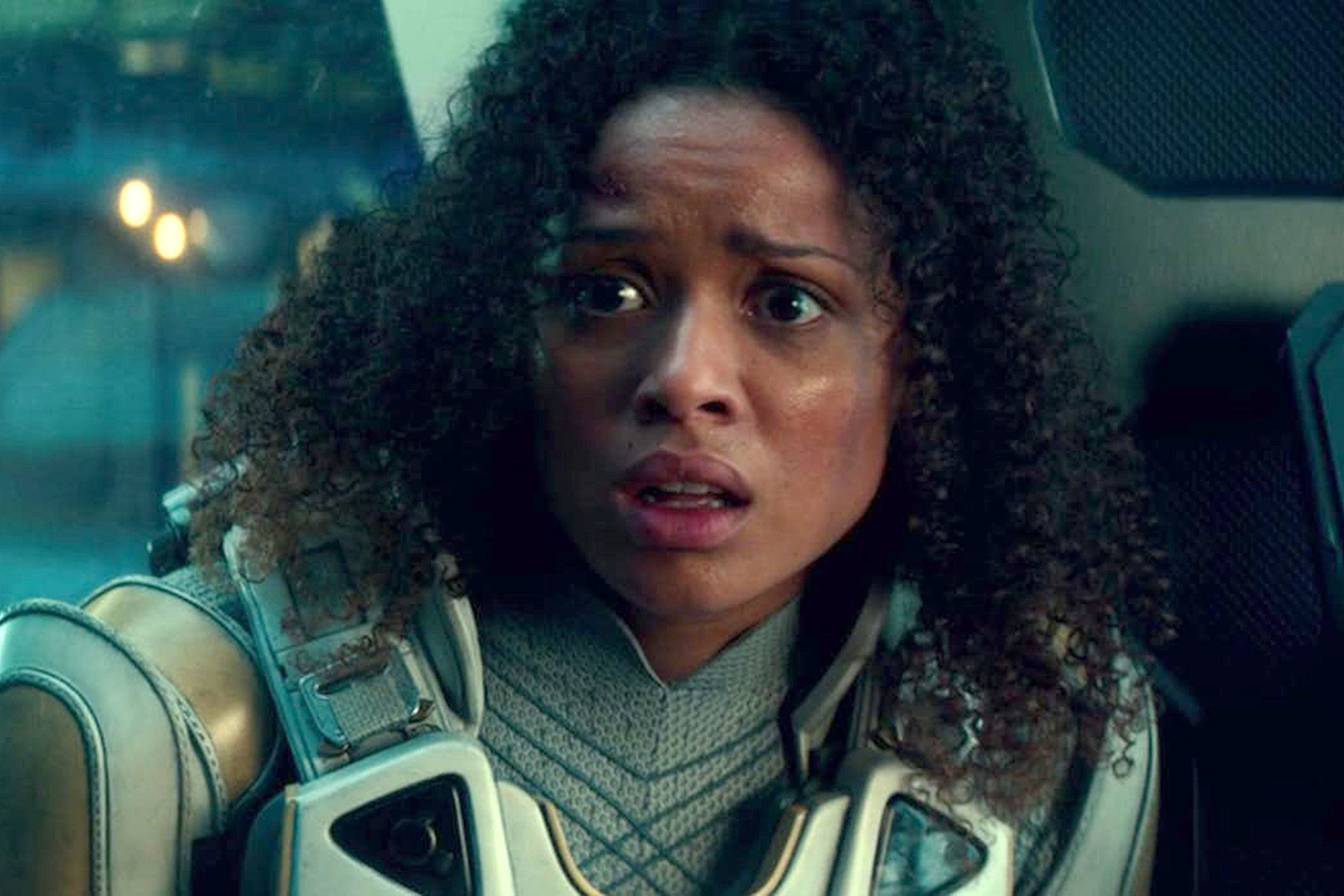 This past Sunday evening our film lord and saviour Ava Duvernay tweeted out her support for a brand new prequel to 2008’s Cloverfield, a sci-fi thriller about a giant monster that attacks New York at a time when Earth is fresh out of butt-kicking mecha. A surprise trailer for the film premiered during the SuperBowl, but then Paramount decided to run a trick play of their own. They actually made the film available on Netflix immediately after the game, so if Patriots fans wanted to watch their world end a second time they could(lol jk).

This J. J. Abrams produced film marks the mainstream directorial debut of Nigerian filmmaker Julius Onah, and stars David Oyelowo, John Ortiz and Gugu Mbatha-Raw as members of a global space coalition who travel to space to test out the Shepherd particle accelerator in an attempt to supply Earth with infinite energy. After almost two years of failed attempts, they’re finally able to sustain a beam of energy, but the consequences of their actions cause a ripple effect that they may not be able to reverse.

Gugu-Mbatha Raw leads this film as Ava Hamilton, the British representative and the crew’s emotional center. The film is told mainly through the perspective of her and her husband Michael, her point of contact from Earth. Their connection is believable; you really feel the joy, the desperation, the resolve in every scene Mbatha-Raw is in. It’s very rare to see a woman of color, especially a Black woman, at the head of a speculative fiction narrative. Her and Sonequa Martin-Green being cast in leadership roles marks a very necessary step forward in terms of not only diversity but inclusion in sci-fi properties.

While it was well shot and well acted, the movie does run into some issues regarding its script. As mentioned before, every member of the ship represents a different nation. Unfortunately, a few of these characters feel like walking stereotypes, especially the representatives for Russia and Ireland. Are Russians not allowed to smile? Is that like, not a thing? Ironically, the female representative for China played by Zhang Ziyi flipped the submissive Asian woman stereotype on its head in a tense scene where she read Daniel Bruhl like a greeting card.

The film also feels like it was holding back in terms of the actual Cloverfield monster. This is an origin story of how the monster ended up on Earth, but we really only see quick glimpses of the creature. People looking for a Cloverfield: Covenant may be disappointed. This could have been a film that connected both Cloverfield and the second film 10 Cloverfield Lane, but instead provides very vague explanations for how the monster came to be, and when exactly it appeared on Earth. The whole series is working with a wonky timeline that may just knock X-Men off its top spot.

On the upside, it was a bold move to have Black scientists from the United States and Britain, two countries where white people have always been the default for representation. Hamilton’s family, shown in video recordings she keeps with her on the ship, represents every family on earth she’s fighting to protect. The fact that that family is Black means something. The Cloverfield Paradox beautifully illustrates people of color working together to save the Earth. This film literally and figuratively adds another dimension to the franchise and provides a great setup for possible sequels. Without spoiling too much, there’re elements in this universe that could allow the humans to “fight back” that rely on brains instead of tricked out guns pulled from Destiny.

Overall, The Cloverfield Paradox was a great attempt at reviving a sci-fi franchise that centers Black people and people of color in prominent roles. Gugu Mbatha-Raw and the rest of the cast do a great job with a less than impressive script, and every scene is shot beautifully. This franchise has shown it has more to offer, hopefully, this isn’t the last we see of this world.