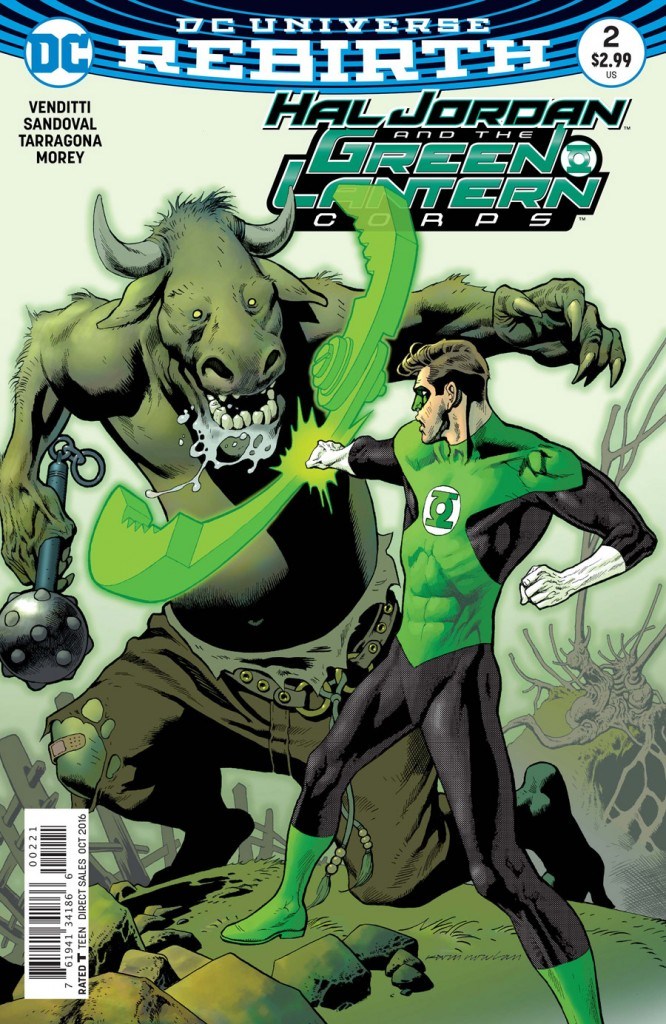 When I heard Robert Venditti was going to continue writing a Green Lantern book for DC’s not-reboot, Rebirth, I was suspicious. I mean, let’s be honest. His renegade stuff was okay, but still had some ups and downs and suffered from a nasty case of “Not Being As Good As Geoff Johns.” But it looks like his new book, Hal Jordan and the Green Lanterns, is off to a promising start, getting back to basics with the things we love about a good GL story.

The lion’s share of the excitement in Issue #2 comes from Hal Jordan tooting his own horn as he puts those will-powered hands on the Sinestro Corps, but we also get some interesting set-up for later from John Stewart and the Lost Army, getting their bearings upon return. All the plotlines Venditti puts into place are well written and the dialogue keeps you turning to the page, but even with all spotlight Jordan gets, it turns out to be Sinestro who ends up with the most compelling page time. All the perpetually alternating regard/disregard he has for his own daughter is really starting to make Sinestro the Tywin Lannister of the galaxy: He should have caught the fade a long time ago, but we like him around for the shade. Rafa Sandoval has turned out to be the perfect man for the job with his penchant for atmosphere. Sinestro has the perfect punchable face and just about every Hal Jordan scene looks appropriately epic. Sandoval visualizes in a scope totally worthy of a space epic such as this and his constructs are unapologetically gorgeous. 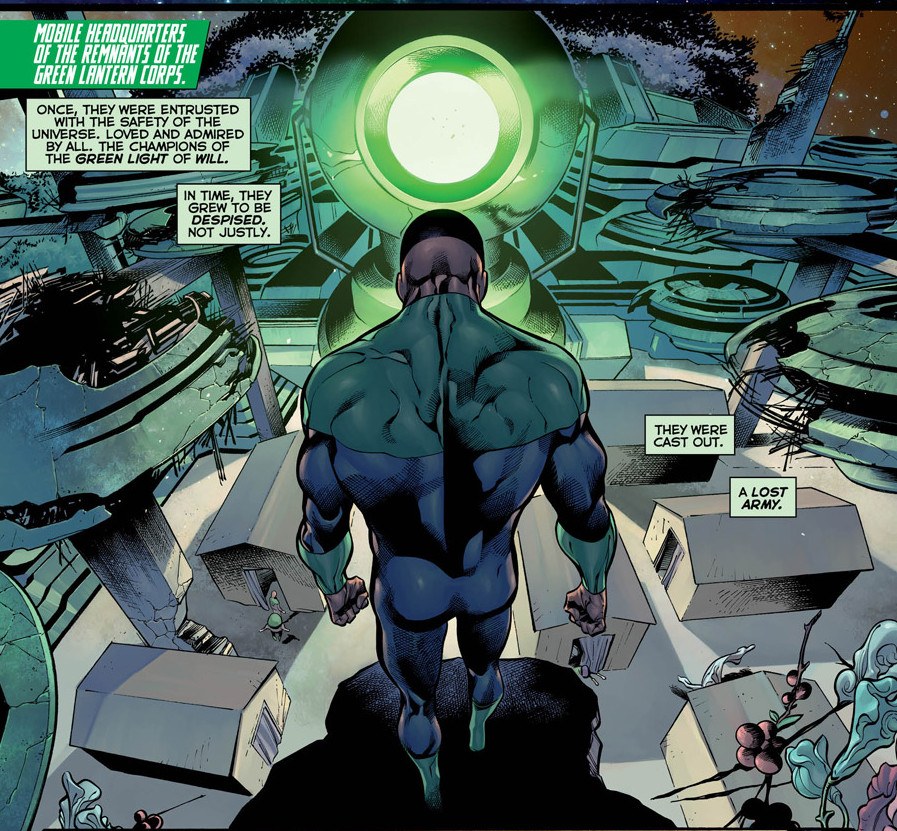 Bottom Line: Rebirth has turned out to be the perfect opportunity for this franchise’s redemption. Traditional lantern smackdowns, a great villain returning to sinister glory, and some of the best artwork on DC’s shelves right now? This is a book that old-school Green Lantern fans have needed for a while now.

9 Giant Green Boxing Gloves out of 10