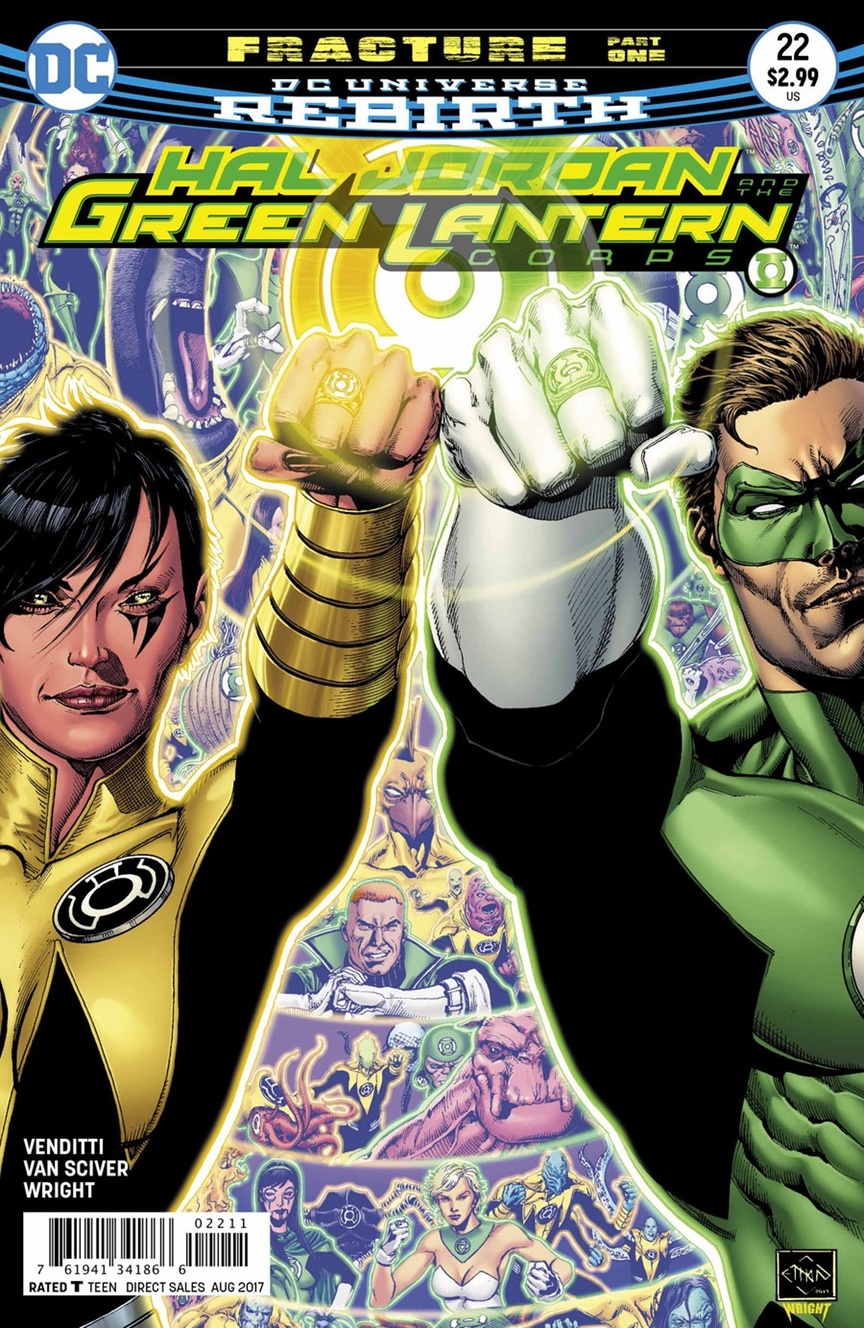 Hal Jordan and the Green Lantern Corps has set a new era into motion for the emotional spectrum. Clearly, Robert Venditti has big plans for the the new additions to the Corps and watching it play out has been a mostly enjoyable rush so far. But can he keep things interesting while testing our heroes against new rising threats?

Issue #22 marks the beginning of a new story arc where it seems the newfound trust and cooperation between Green and Yellow will be put to the ultimate test. The action beats are mainly entertaining enough for the most part and the build up towards the coming threat (each other) is delicious. However, it’s the small in-between moments with John Stewart and Kyle Rayner that are the most effective and resonant as far as character development. Watching John Stewart evolve and overcome doubt we would never normally know is there as Corps Leader. 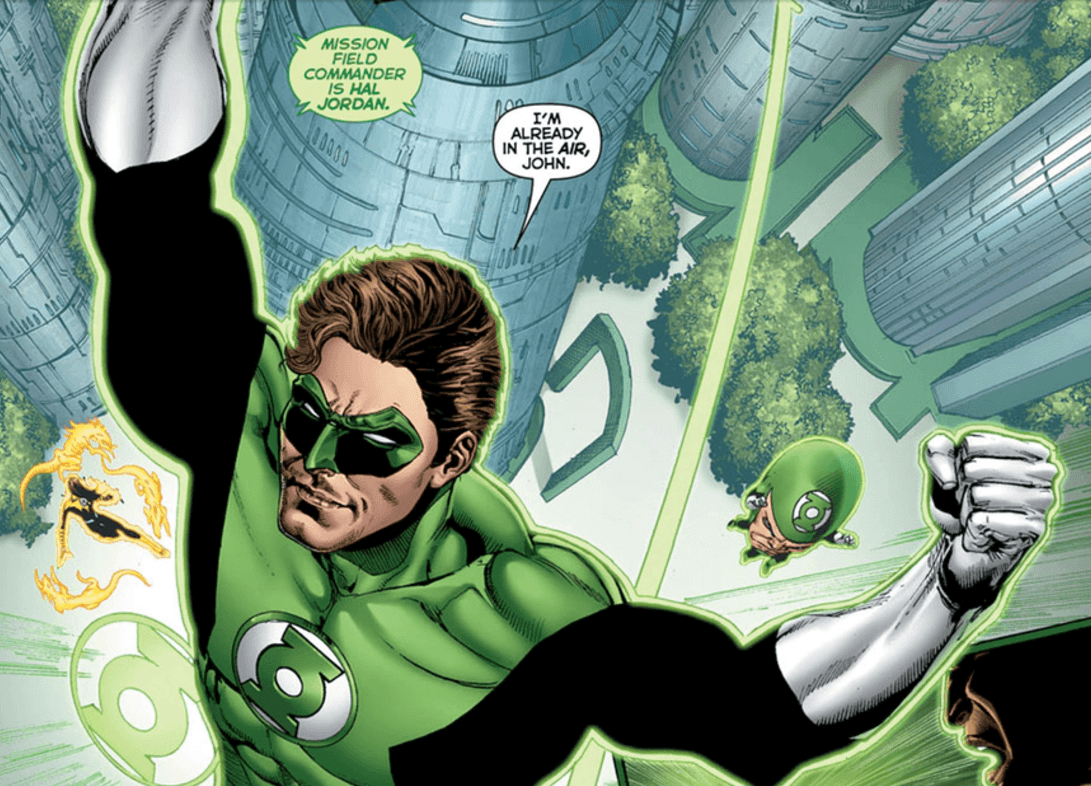 The only drawback is that DC insists on keeping Ethan Van Sciver and his malformed Liefeldian figures. Having said that, his artwork actually doesn’t come across so lazy this week. In fact, the opening pages describing planet Vault and the stakes of the heist were actually pretty decent looking. Van Sciver just seems to be lacking when he’s trying so hard to make the main characters look so heroic. He just ends up overdoing it, squandering good opportunities for iconic scenes.

Bottom Line: This new story arc seems to be serving the purpose of keeping the new status quo meaningful and interesting. It’s just this carousel of artists that ranges from “outstanding” to “not terrible” to “30 pages of misshapen American Horror Story characters” is getting a little tiresome.