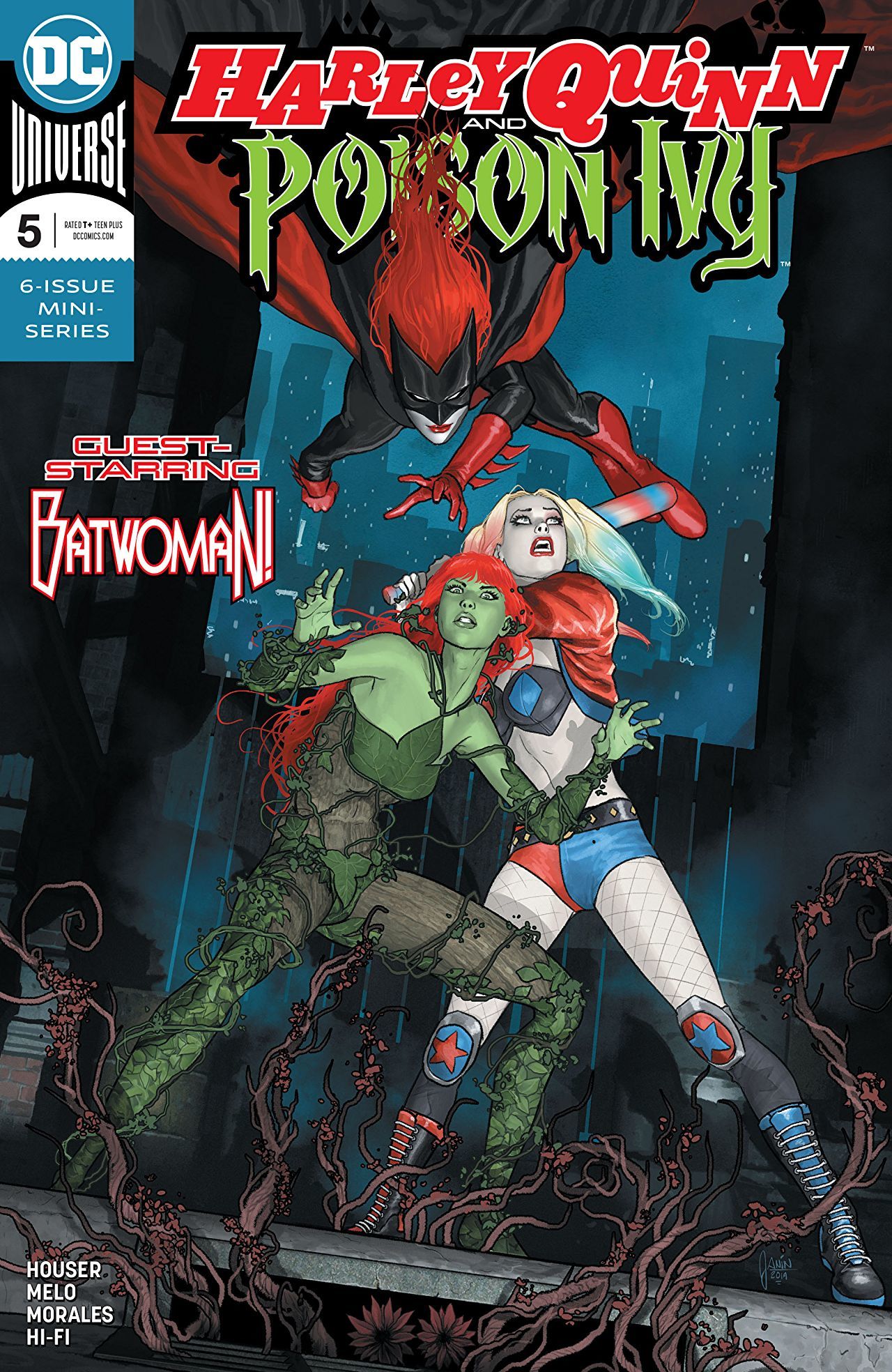 There are very few things that beat a good road trip story, and I decided to take my friend/fellow reviewer’s recommendation and take a chance on Harley Quinn and Poison Ivy because there has been a preponderance of ultra serious, high stakes stories, and there was something appealing about the oddball duo doing a cross country tour. And as it turns out even though it’s the penultimate issue of the series, Harley Quinn and Poison Ivy #5 was a perfect jumping on point to the series where I could enjoy it as a single issue that also happened to feature Batwoman and as a clincher to the fact that I should be reading this series in its entirety.

Poison Ivy gives a simple summation of the series that catches up newcomers easily before immediately rolling into the action. Houser’s preciseness in language is complimented by Melo’s detailed artwork. The scrapbook-esque first page is a brilliant recap and encapsulation of the colorful silliness of the series. And that energy carries forward into the duo’s grand entrance into New York City and persists until the end of the issue. There’s something joyful about the two anti-villains partaking in quite heroics and their banter with each other and Batwoman. It’s bright, colorful, and joyful and it’s a very potent effect. Houser has great comedic quips that go hand and hand with Melo’s expressive artwork. 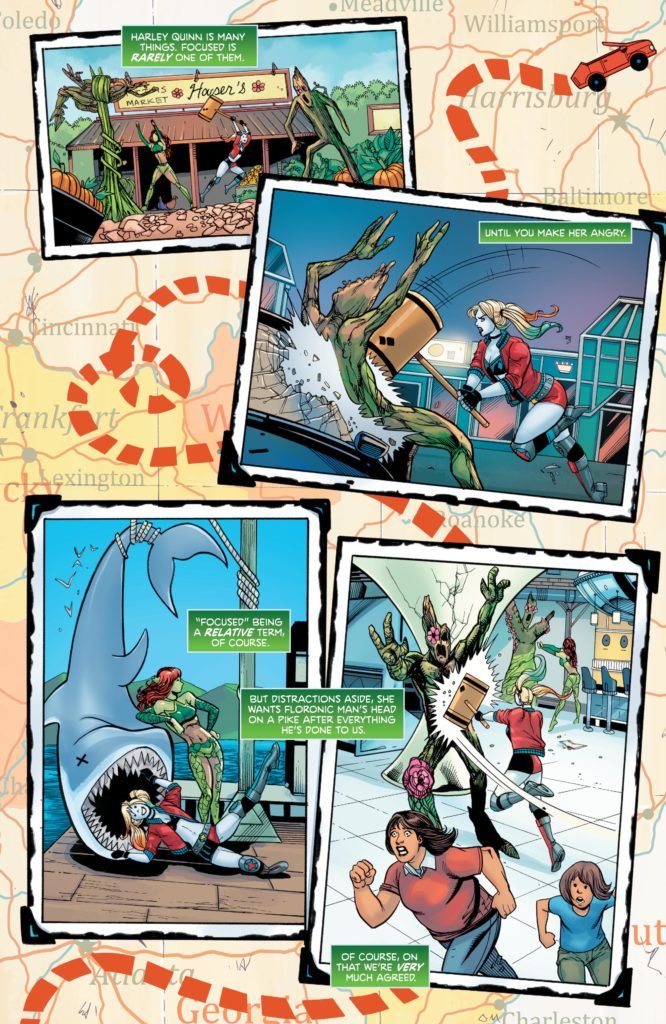 But truly, the selling point of the series in that in the midst of all of the antics there is a clear, strong myth arc with their new nemesis Floronic Man that’s challenging our perception of the characters and instigating surprising growth. It’s one of the most exciting things about this series: there is a real sense of progression and evolution to a very familiar set of characters that feels natural. Houser, Melo, Morales, Hi-Fi, and Downie get all the props for giving this duo the unapologetic, happy shine they deserve.