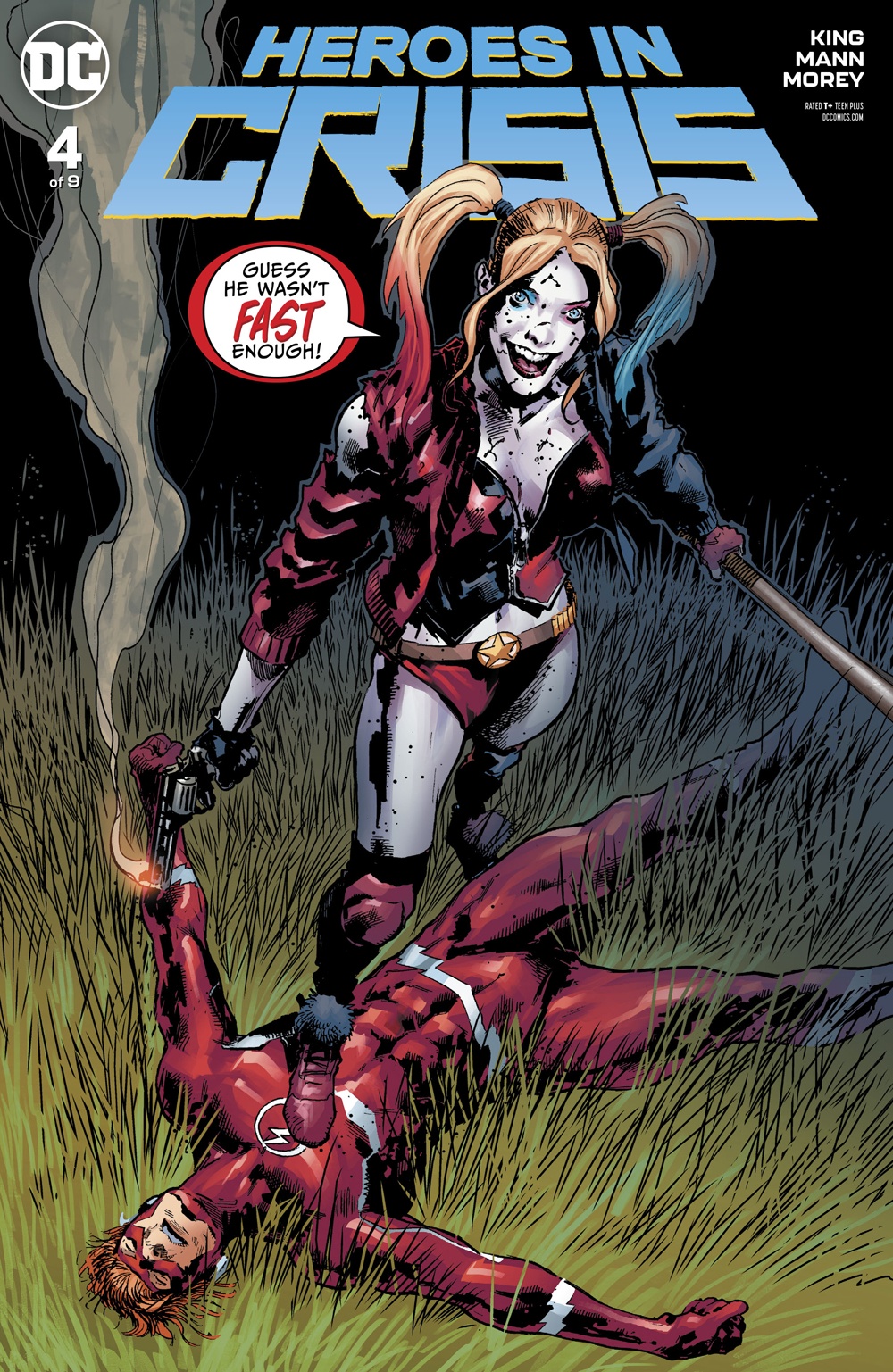 We’re starting off the 2019 comic book season with what will ultimately become a divisive issue in a divisive series. Tom King’s Heroes in Crisis started with the premise “how do superheroes cope with trauma” and has slowly shifted to the premise “what happens when people realize that superheroes are susceptible to trauma?” Or perhaps, that had always been the idea of the series. Nevertheless, King is continuing telling his multi-layered narrative, weaving in different sects of heroes struggling with the aftermath of the massacre at Sanctuary.

The basic elements of a Heroes in Crisis issue are still very much intact. The 9-panel interview format of different heroes remains poignant and encapsulates the crux of each hero in a single page. Booster and Harley are still on the run. The Trinity has started to enlist help in their investigations. The plot moves at a beautifully somber pace, allowing the weight of each moment to fully leave its impression before moving on to the next movement. 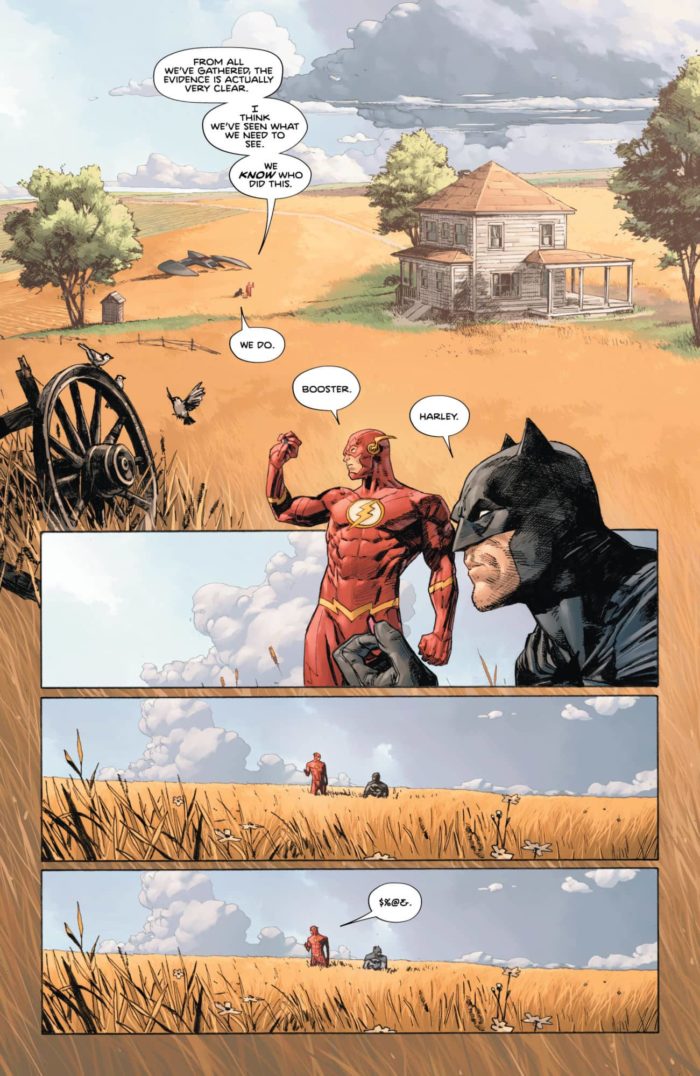 Mann’s artwork is absolutely stunning and if nothing else, Heroes in Crisis #4 has beautiful interior artwork, and there is a veritable gambit of emotional scenes at every page flip. I’m not entirely sure all of the costuming works for me exactly, but Mann shows a mastery of perspective and knows exactly when to zoom in and make moments like the grasping of hands or a fist bump truly exceptional.

Heroes in Crisis #4 marks the start of the second act of the series. King has made a series of creative choices that takes the narrative in slightly different directions than I keep trying to anticipate, but it remains an absolutely captivating read. I don’t think it’s exactly what we were promised when the first allusions to Sanctuary started popping out, but by that same virtue, I don’t think Sanctuary was exactly what our heroes were expecting either. I’ll be waiting with bated breath for #5 in any case.