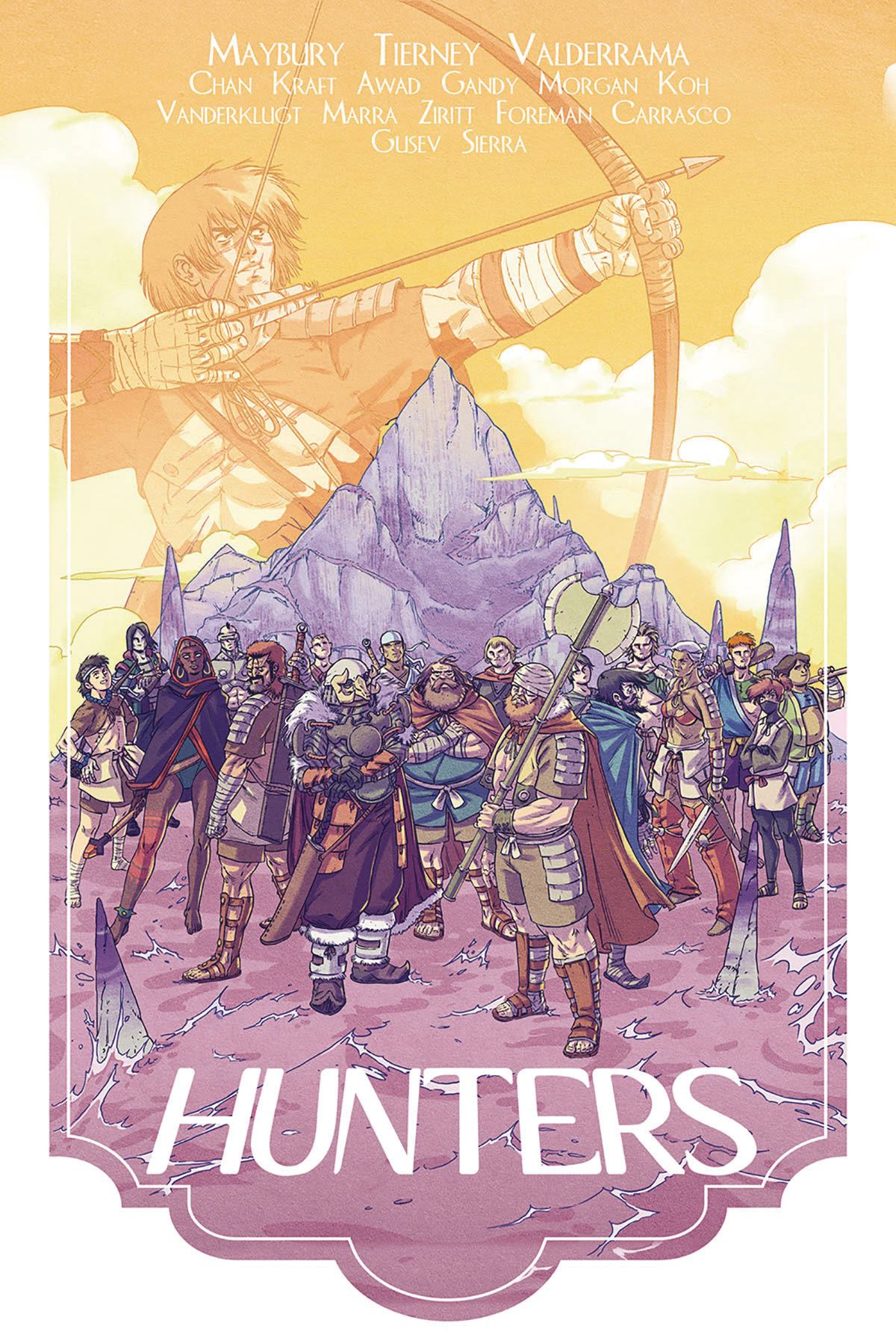 I have not read a graphic novel quite like Hunters and I think it’ll be quite some time before another story captures my attention like this particular anthology. What starts out with a dynamic shot of a ship sailing through treacherous waters housing a group of hunters of different backgrounds quickly evolves into a series of fascinating character studies that all contribute to the central arc set up by Maybury and Tierney. 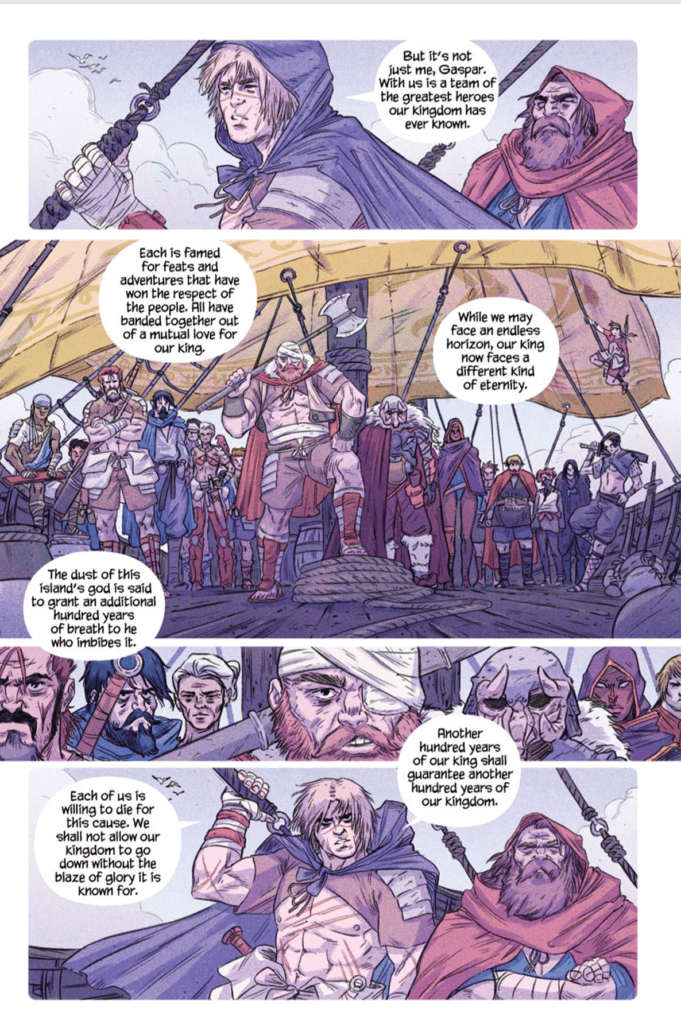 The very format of the book, a series of 15 stories featuring different authors and artists, quickly takes advantage of the diverse creative teams. Each vignette has a unique visual style and tells a self-contained story, unified by the overarching narrative and Afu Chan’s costume design. The stories bleed into one each other and while the visual shift can be jarring at times it creates a unique comic experience as the outfits are more than enough to identify the characters throughout the different styles.

By its third vignette, Hunters establishes itself as a story about stories and becomes a unique anthropological delve into the nature of the artistic tradition. Different characters are perceived very differently depending on whose perspective the story is set in. Where some trials and tribulations are dark and disturbing, others are played off with a childhood glee. 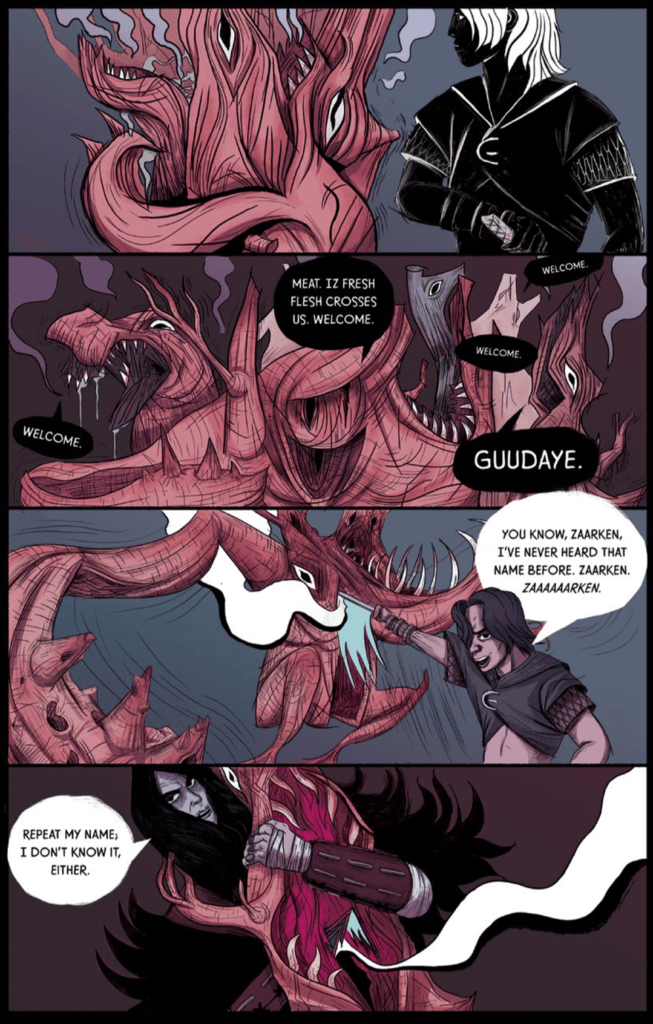 Yet the gravity of the Hunters’ journey and their mission is never lost. As every character gets some sort of focus, more and more of the weirdly wonderful world of Hunters gets a chance to shine. The world s stepped in a unique mythology and leverages the colorful atmosphere to tell mininature epics.

While there is a lot to keep track off, Hunters does an excellent job of keeping its visual language easy to read while stilling each individual author and artist a chance to shine. Across the board, the monster and environmental designs featured in story is absolutely superb and the little details that get littered through the panels let each creator flex their strengths. 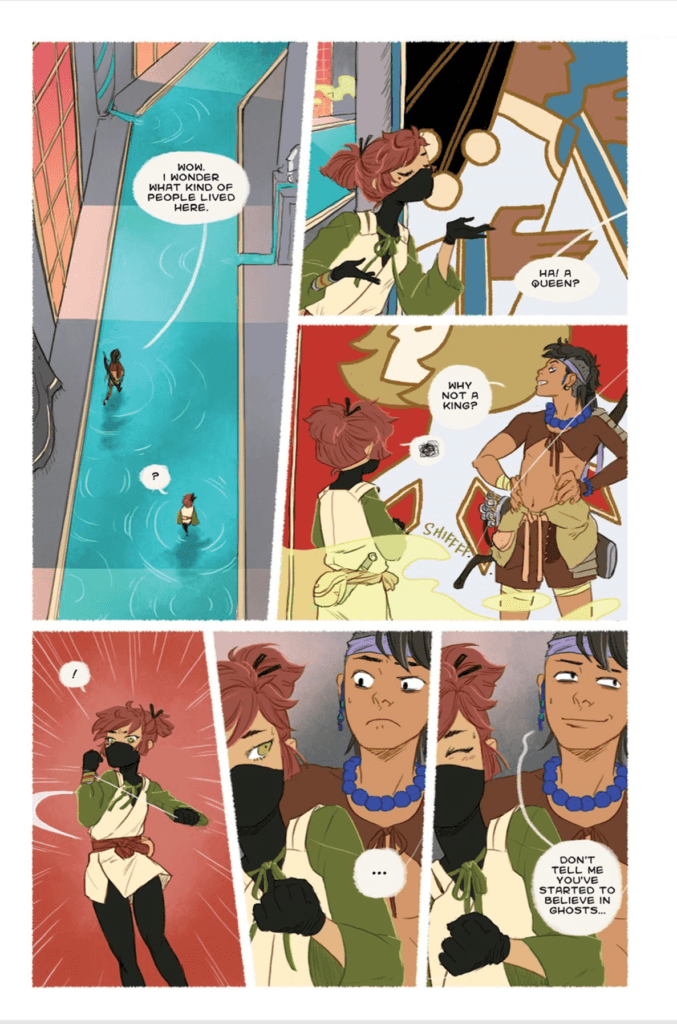 Maybury and Tierney have essentially provided a textbook on phenomenal worldbuilding and showcased their universe and the talents of their extensive creative team. Hunters gives us diversity on and off the page and showcases the nature of storied fables. While the drastic shifting in tone don’t always work out, Hunters as a cohesive collection is a cleverly crafted concoction. It is a dense work that rewards the reader and harkens back to olden days, where forces of natures were gods and heroes were merely humans going up against a world seemingly stacked against them. It is a truly ambitious work of fiction that is as unrelentless as the hunters whose stories it tells.

Hunters is available in stores on June 13.