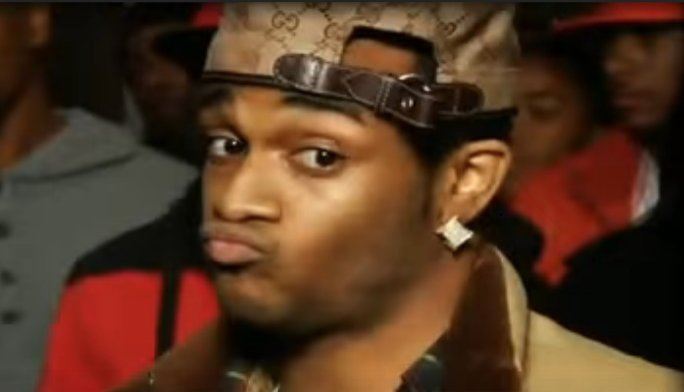 Following their terribly disgusting stunts of depicting trans violence followed by announcing an issue cover with a lynching front and center, Image Comics spent the day responding “no comment” to anyone who asked why they made the decision to clear such a thing. It was, we see now, to buy them time to publish a fantastically bad apology. It seems they needed time for self-reflection (which is understandable) to draft a thoughtful apology (so far, so good) …only to miss the point of why everyone was angry with their editorial decision (and there’s the rub). So here: a line-by-line breakdown of Image’s apology that, while thankfully rectifies future harm from the cover they intended to publish, misses the point why it was so disgusting in the first place.

Image Comics and Howard Chaykin would like to apologize over the distress caused by the cover to THE DIVIDED STATES OF HYSTERIA #4.

Image Comics and Howard Chaykin would like to apologize you are offended. This is not to be confused with taking responsibility for a failure in our editorial process, but we are sorry you are distressed. This in no way reflects Saga.

It’s neither Howard’s nor Image’s intention to inflict pain on anyone already dealing with intolerance or hostility on a personal level. We ALL agree that any form of bigotry is wrong, and this comic exists due to anger and frustration over rapidly escalating injustice in a world filled with people too quick to judge others on the basis of their race, religion, or gender association.

We would like to acknowledge our intent rather than our impact. We feel this is important to remember, because we give you hits. Remember Saga? You love that shit. Anyway, we ALL agree that any form of bigotry is wrong, and this comic exists due to anger and frustration over injustice from bigots. You know, those people. We voted for Hillary. We are not required to recognize when our decisions contribute to the bigotry we are aware still exists. Our intentions were in the right place. 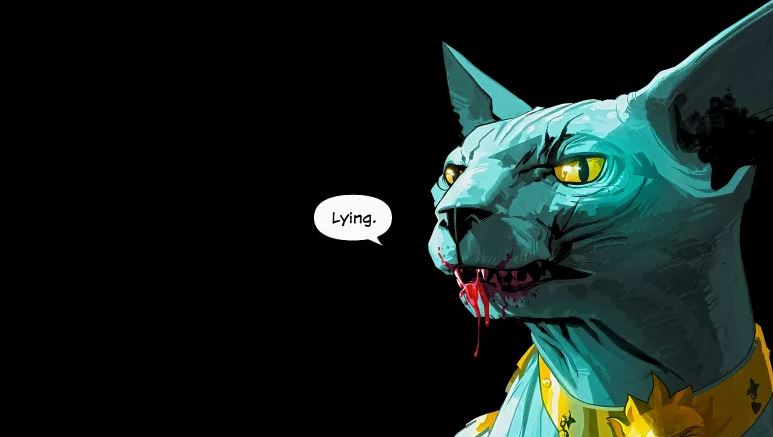 The purpose of this series is to sound alarms. THE DIVIDED STATES OF HYSTERIA is a comic book about the terrifying future we are heading for if our country remains on its current path. Far from an endorsement of the horrible violence depicted or the ugly language used by many of the characters, Howard’s goal is to give us a glimpse into a society crumbling under the weight of ignorance, hatred, and intolerance. It’s unsettling to be sure, but it’s difficult to convey the horrors of a world gone wrong without also showing what it looks like.

The purpose of this series is to sound alarms. Bigotry is real, and we want to tell you, to show you in a way that shocks you into action. Far from an endorsement of the horrible violence depicted or the ugly language used by many of the characters, Howard has spent his whole life learning how difficult bigotry can be on others. It’s unsettling to be sure, but he is equipped to carry this burden of showing you what it looks like. Hov did that so hopefully you wouldn’t have to go through that.

People have described the cover to DIVIDED STATES #4 as distasteful, and they’re right, in that: ALL hate crimes are horrifying, dehumanizing, and distasteful, and the intent of this cover was to challenge people to look at what we as a society have become. Every hate crime is perpetrated under the cover of willful ignorance, because there is always someone content to turn away from what is really happening or label shameful truths as “alternative facts.” What’s more, ignoring that these hate crimes exist—and that they are happening right now—watering down in any way how bad things have become, seems like a cop out, like turning a blind eye at a time when we all need to be paying attention.

People have described the cover to DIVIDED STATES #4 as distasteful, and they’re right, in that: it is distasteful in ways that do not blame us. This is just a mirror to society. One of those one-way mirrors where Howard can see into the room without stepping in it, but a mirror nonetheless. Every hate crime is perpetrated under the cover of willful ignorance, which by now makes this apology a feat of irony but I have already typed it and I must go on. I mean, what would NOT showing a lynching accomplish? If a man is lynched and not placed on display, did the lynching even occur? Watering down in any way how bad things have become seems like a cop out, and we should all be paying attention.

At its heart, THE DIVIDED STATES OF HYSTERIA is revenge fiction set against the backdrop of a nation on the brink of collapse, with the greedy and corrupt people who brought it to that point in the crosshairs. If it was just a book meant to be provocative for the sake of being provocative, Image would not be publishing it. This series is supposed to make people angry about what’s happening in the world right now, and it’s supposed to make people want to fight back and resist the very real oppression bearing down on us all.

This is not shock value. If it were just a book meant to be provocative for the sake of being provocative, Image would not be publishing it, so by the transitive property the fact we are publishing it means it not provocative for its own sake. It is, however, meant to make you angry. Yes, the dictionary definition of provocative is “deliberately causing anger or another strong reaction,” but we have uber good intentions. We are all oppressed. It bears on us all.

These are trying times we are living through, and while this comic puts a spotlight on just how bad things have become and how much worse they could possibility get, it was absolutely NOT meant to harm anyone. We understand, however, that with no foreknowledge of the series’ content, the cover to this issue is painful and offensive.

The important thing here is you remember our intentions. We apologize that you were harmed; again, not to be confused with taking responsibility for invoking said harm. We understand that without the proper reasoning skills or understanding of our intentions of the series’ content, the cover to this issue is painful and offensive.

With that in mind, more sensitivity will be given to future covers of THE DIVIDED STATES OF HYSTERIA. The original cover to issue #4 will not be used, and the cover for issue #6 will be substituted.

With that in mind, more sensitivity will be given to future covers, because it is your sensitivity that is the problem, not our disregard to the power of abusive and hateful content.

While Image as a company is committed to free speech and artistic expression, we also recognize our responsibility to be sensitive to all members of our readership. We listen to all feedback—from our creators, from our retailer partners, from our readers—but Image Comics recognizes that we could have responded to readers’ concerns about the graphic nature of this cover more quickly and with more empathy and understanding. We apologize for not doing so sooner.

Thanks for clearing that up. You can find the letter in its original form here.