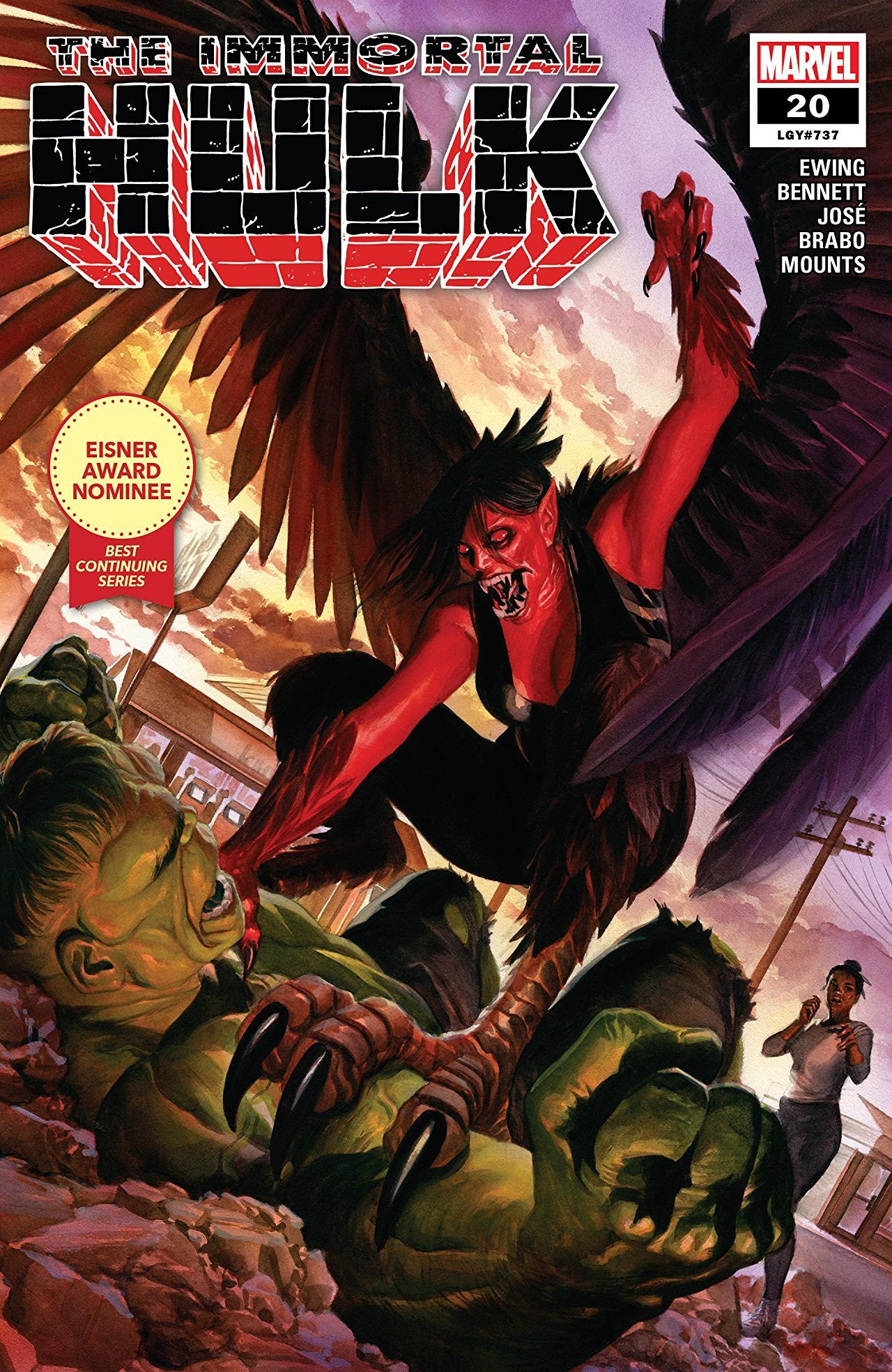 Nothing says true love like eating someone’s heart out to bring them back from hell. This week’s issue of Immortal Hulk delivers an action-packed battle with the Hulk and Betty on one side against General Fortean’s forces and the Abomination. While things looked dire in the last issue, it doesn’t exactly last. If you haven’t guessed, the Hulk doesn’t stay dead for long. In fact, Betty’s little feast in his chest actually jump starts him back to life but not without a trip to Gamma Hell first.

The intro pages of Immortal Hulk #20 are actually quite fascinating. Ewing takes a moment before all the brawling to shine a spotlight on Bruce and his current situation. What I like about Bruce’s return to Gamma Hell are the revelations about this ethereal plane. It’s also intriguing to see Bruce as a scientist try to come to terms with Gamma Hell’s existence. Ewing has made plenty of changes to the Hulk’s powers and where they come from and there a bit of cognitive dissonance going on in Bruce’s mind that his condition and gamma could have anything to do with the supernatural. 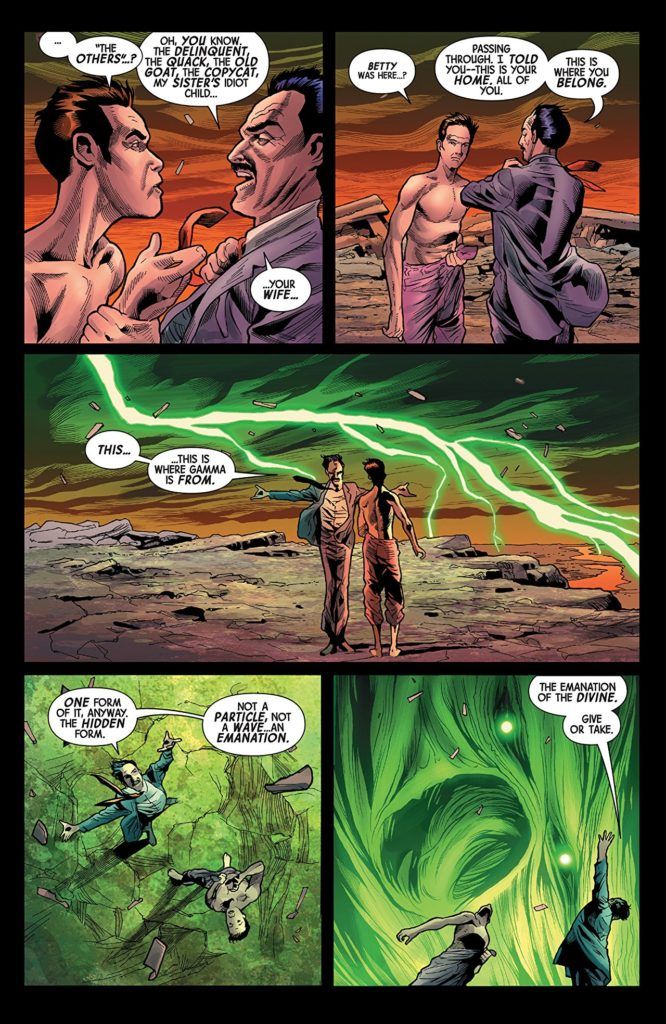 One of the things that I love that Ewing and the crew are doing with this book is distinguishing the other gamma related monster for the Hulk himself. Before Immortal Hulk, all these characters could be easily described as red Hulk, blue Hulk, girl Hulk, new Hulk. Betty’s transformation into Harpy shows that these are no longer regulated to Hulk clones. It helps that not only do their forms change but so do the characters. Betty’s independence and attitude

Aside from those first few pages, the rest of the book is straight up action. Joe Bennett is on point as always and has a little fun with the Hulk/Harpy team-up. It’s more explosive, chaotic fun than the gory action scenes that we are used to getting. It also helps that General Fortean’s men are piloting the most comic-booky aircraft’s imaginable just to take out the Hulk. As with any issue of Immortal Hulk, there are more mysteries that present itself by the time the final page arrives and I’m sure Ewing is teasing that more wild stuff is around the corner.