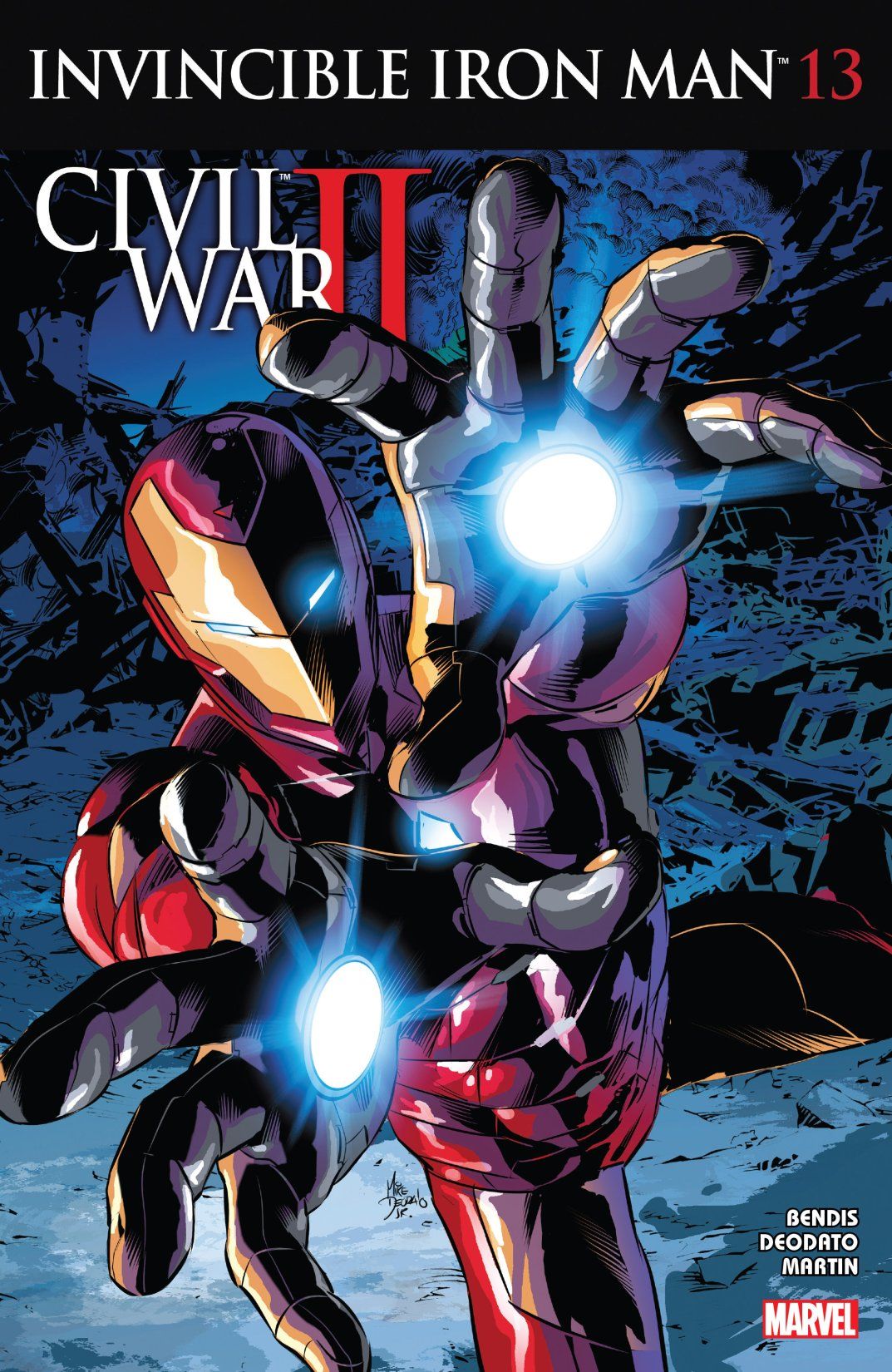 While I’ve had mostly high praise for Brian Bendis’ Invincible Iron Man, the last story arc took a couple of odd turns and resulted in a fairly anticlimactic resolution. Fortunately, despite Civil War II being a 20 pounds of hyper-aggressive nonsense in a 10 pound bag, it’s good that Bendis has found a sip of lemonade in that lemon. Now, Iron Man can get back to the things we love about the Bendis run. 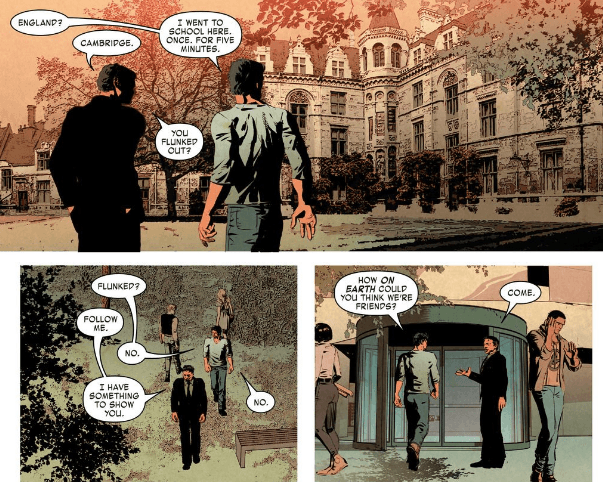 Issue #13 picks up during the events that trigger Civil War II with Tony Stark being forced to pick up the pieces of his personal life he left behind in his last adventure. Bendis is at his best in this book when he zooms in for the intimate moments with his characters, so watching Tony have to explain himself for going off to Avenge without checking in with his girlfriend first is an absolute treat. The best thing about this book, however, is easily the return of Iron Man’s ongoing, unwanted bromance with Doctor Doom. Imagine the worst person you’ve ever met suddenly wanting to hang and help you do things you don’t really need any help with. That’s Doctor Doom, the fairy godfather you never had….or wanted. 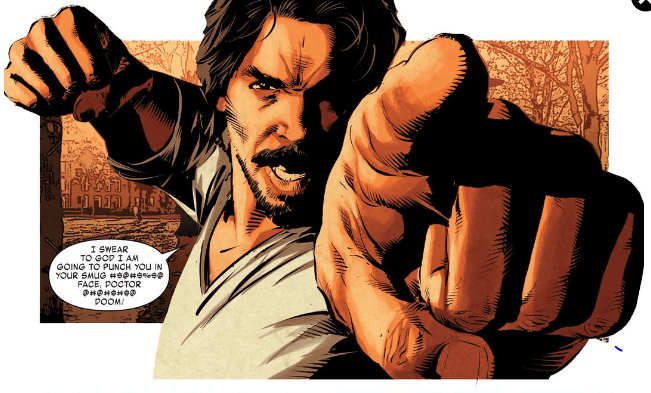 Also, #13 ends up saying a fond farewell to Rhodey via flashbacks that are almost assured to kick you square in the feels when they remind you of the rich history between these two characters. Visually, Mike Deodato is a national treasure. With Frank Martin’s downplayed color palette, Deodato seems to capture the tone of the sullen tone of the book. Also, I think he’s found a definitive look for Doctor Doom: the spitting image of the French guy from Brotherhood of the Wolf.

Bottom Line: Bendis has gotten back to the basic tenets that have made this book soar during its high times. A very personal, intimate issue with gorgeous pencils.