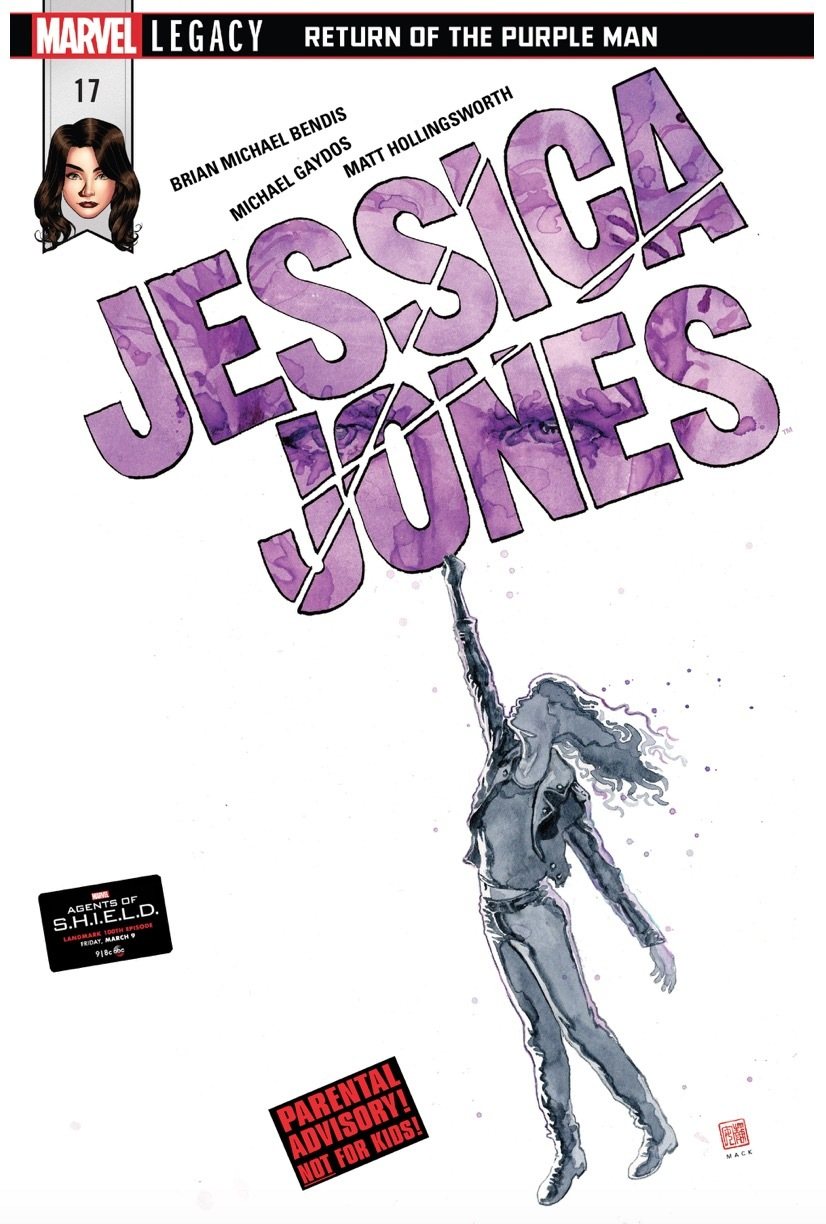 The last issue of an emotional “Return of the Purple Man” arc saves its best for last as Killgrave, desperate to understand himself, confront the only person he feels he can trust. That person, Jessica, is also the person who hates him the most, yet he comes to her, metaphorical hat-in-hand, to beg a favor. In trying to understand himself and his place in the world he wants Jessica to tell him what to do. The scenario spurs a kind of philosophical conversation between them on morality, and the one thing Jessica should ask him to do. Is asking that thing — hell, is asking him anything — immoral in itself? Would she be immoral to do it, or is it immoral not? 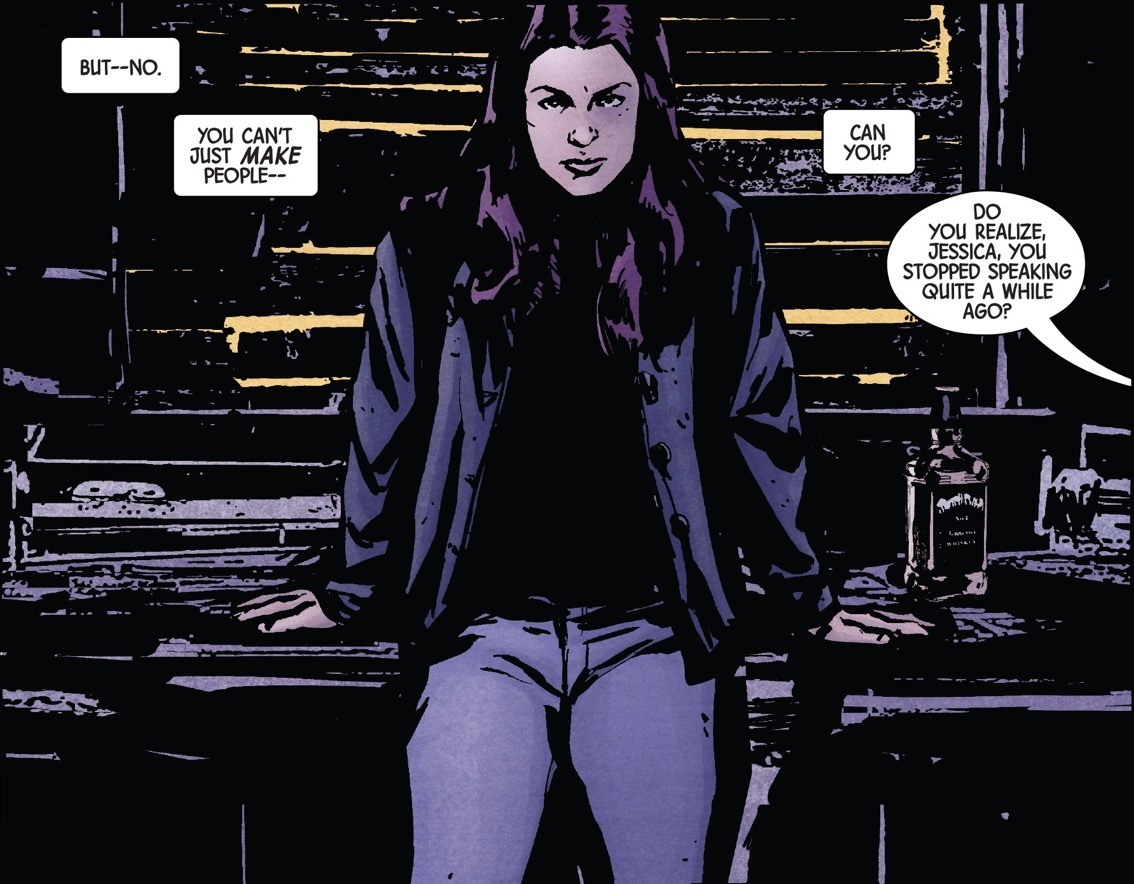 The issue is dialogue and emotion heavy, but a spurt of action raises the stakes and makes Jessica Jones #17 even more interesting when you least expect it. Aside from the ethical issue it begs readers to consider, there’s the emotional baggage between Jessica and Killgrave that keeps the tension on level 10 whenever they share a room. Artistically, Gaydos’ work is done with a lot of closeups and repeated panels that reflect the suppressed emotion from both people involved, never showing too much emotion in either direction, until it finally bubbles over when the time comes.

Overall, this finale fulfills the promise this arc — and this series — had from the start. I could have gone without the self-aware Bendis Easter eggs, but alas. We can ignore them and move on. Where we go from here, it’s hard to say, but I’ve never been more satisfied with a climax from Jessica Jones. Alias included. This is how finales are done.