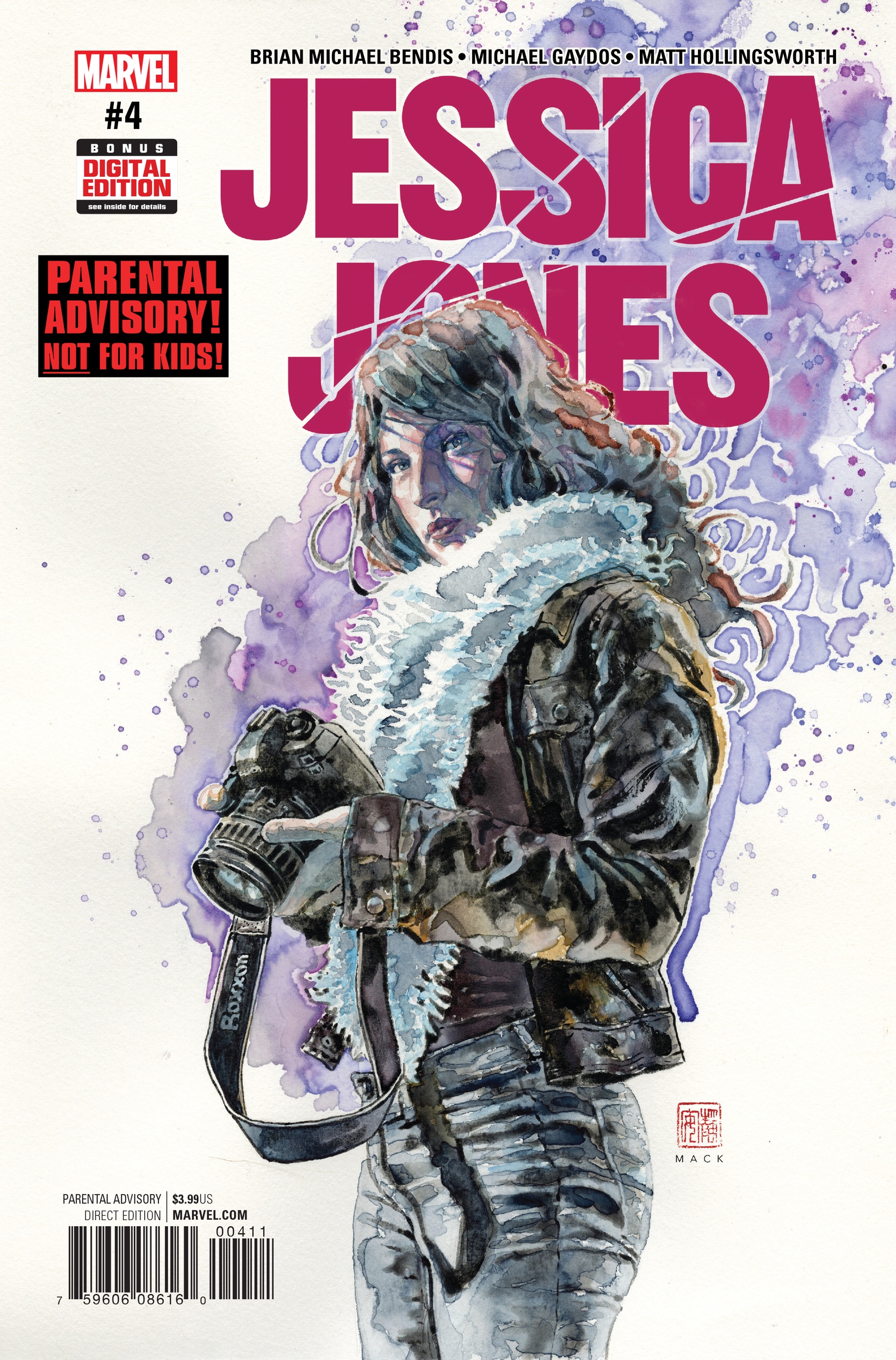 Until now, Jessica Jones had been a unique title for several reasons, one of which that it was carried by reliance on quippy dialogue and the personal struggles of a woman trying to hold it all together. Add to that, her world seemed somewhat isolated in a universe of costumed heroes; it seemed the series itself had a near disdain for high-flying antics and explosions of the genre – much like our newly introduced character, Allison, herself – and lived in its smaller corner of the Marvel universe with its own melancholy tone. If those things were true before, Jessica Jones #4 serves to begin undermining all of that. 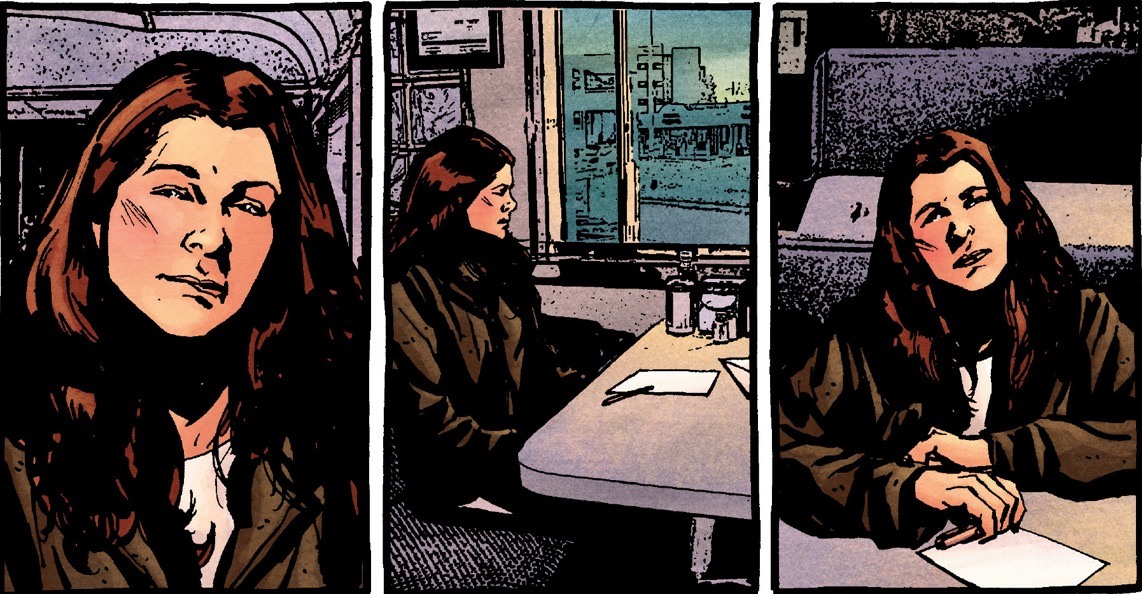 The plot finally starts to unfold in issue #4 to give us a semi-twist understanding of Jessica’s mysterious incarceration where this series began. It moves us forward finally, as we’d all been patiently waiting, but its reveal, while progressing our understanding of the plot, detracts from much of what readers could connect with from the first three issues: particularly, starting a new chapter in your life, trying to get back on track, and the relationships you affect in the process. Instead we come to realize this isn’t a new chapter at all, but an elaborate ruse, and one that pulls Jessica Jones’ life from the relative Marvel isolation that allowed it to be so refreshing. It happens through a conversation with Carol Danvers, which has, in the past, felt more like a guest in Jessica Jones’ world. Here, instead of in plain clothes over a meal like we’ve seen in the past, Carol’s straight up dressed as Captain Marvel and talking about Spider-Man, Ms. Marvel, Ironheart, and the Champions. 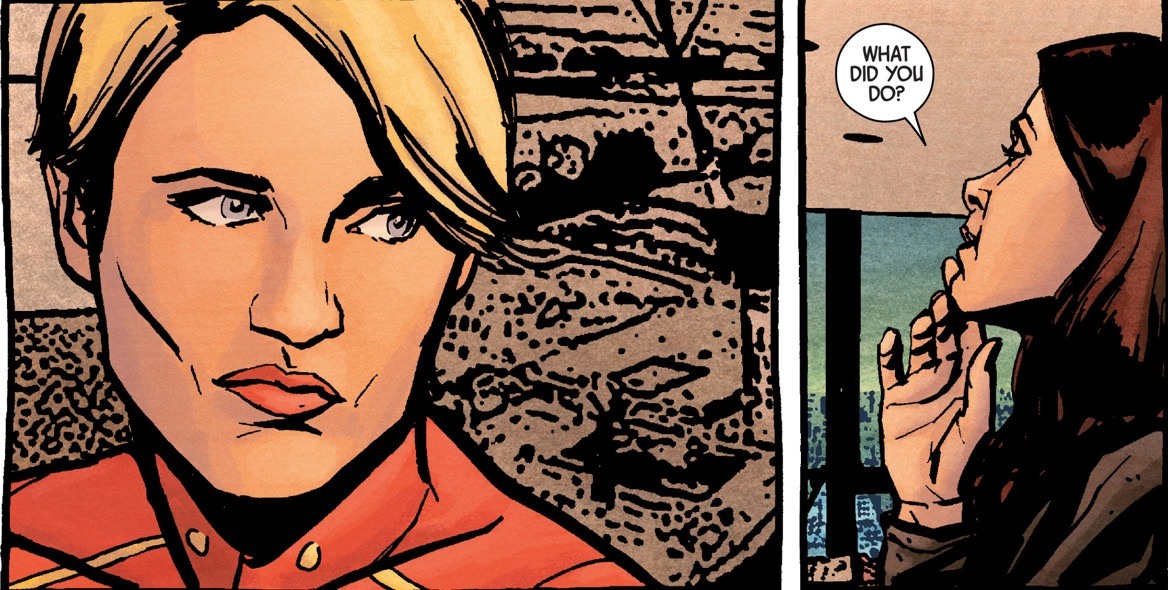 Overall, this issues worst crime is being boring. That, coupled with punishing readers for caring more about Jessica’s struggles as a person than how she relates to superhero-ing, pivots this book in an unfortunate direction. It’s definitely not all doom ahead – there’s a dozen directions this comic can go from here – but issue #4 isn’t the best reflection of why this series is worth reading. Hopefully the next one reminds us.