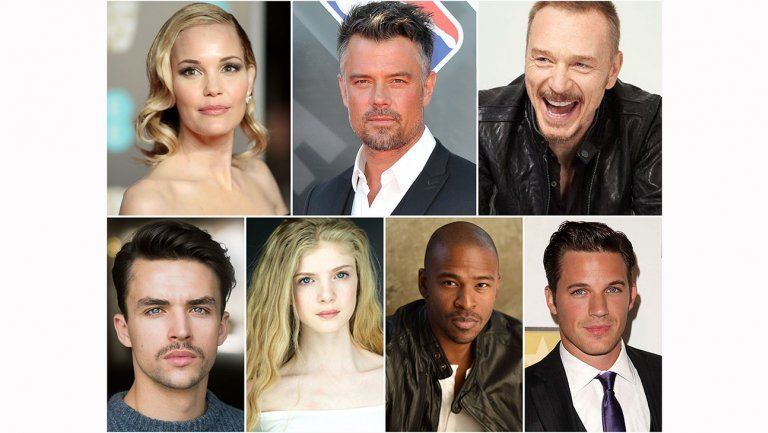 Stop the presses!! In a world where Idris Alba has become all-black everything nemesis in a damn Fast and Furious spin off, storm troopers are British Black men with the freshest of shape ups, and Black Panther characters are the #1 choice for Halloween costumes, you find a little hope to hang onto. You keep 1 ounce of hype alive for that molten hot magma adaptation you know will set the world on fire. Each photo you in has been a 6 God praying hands pose, ever since you put these desires out into the universe. You out here reciting Jay-Z lyrics cuz it’s been a hell of a hard knock life (since Nov. 2016 at least), but you gotta keep brushin this dirt off ya shoulders until you get that new Kendrick tellin you WE GONE BE ALRIGHT! Ladies and gentlemen, we officially gone be aight cuz we finally getting this live action crack called Jupiter’s Legacy!

I don’t think ya hear me tho. This Iverson catching Jordan with the crossover then staring at his ankles disintegrating in slow motion! This Jeter at bat for his 3000th hit and sending that mufucka into the bleacher seats as he slowly watches the ball soar in the Bronx sky! This Eli grillin’ Brady on the final drive of his 2nd Superbowl victory over the Patriots! This Benny ‘The Jet’ Rodriguez lacing up the PF Flyers to go get that Babe Ruth signed baseball back from the giant gorilla dog in the backyard. Fam, this that shit comic adaptation dreams are made of!!

Jupiter’s Legacy bruh?! This comic was carefully crafted and is perfectly suited to be converted to TV format at some point. Well, we done with “at some point” and “eventually.” We ain’t got another “hopefully” left to give. It’s 2019, and we bout to get all this Sampson family work! Anddd we got the full cast breakdown off the rip! Where they do that at?? Not to mention, the actors they have lined up for these parts are looking like a problem!

Name a writer and legions of fans will pull up quicker than the Flash to hit you with every dam comic under the sun that they think would make the perfect movie or TV show adaptation. Give that option to fans of Mark Millar’s creations and you’ll be older than Stonehenge by the time they get done with their diarrhea of the mouth. One thing is for dam sure, the title at, or near the top of all their lists, would undoubtedly be Jupiter’s Legacy.

Imagine a show where the stock market crash of 1929 urges men and women to cross 3 continents and venture 600 miles off the coast to visit an island and gain mysterious powers after leaving said island. Fast forward to today and that group of heroes, now known as The Faction has sired a bevy of powerful, celebrity status offspring. The fading Golden Age heroes are doing their best to keep peace on Earth while raising responsible, dutiful, immensely powered adults in an increasingly violent, financially spiraling, politically driven world.

Yeah, this ain’t your average superhero tale. This isn’t cookie cutter Superman saves the day type shit. This is gonna be a visceral, cutthroat, diabolical scheming ass show that will make you think twice about everyone’s desire to live in a world where someone could snap your neck with a flick of the pinky or punch a hole through the moon if they so choose. Get ready for one of the most well-written portrayals of superheroes integrated into society, that you’ll ever see. Basically, we getting that, with great power comes great opportunity story for the grownest of superhero fans. Jupiter’s Legacy is coming my nerds and ninjas!!!

JOSH DUHAMEL is Sheldon Sampson. Sheldon Sampson (The Utopian) is the storied leader of the superhero team The Union. But times have changed, and he doesn’t understand the world we live in anymore. Or his own family.

BEN DANIELS is Walter Sampson. Walter Sampson (Brain-Wave) is Sheldon’s older brother. A man of vast intellect and cunning who, unlike Sheldon, isn’t afraid to get his hands dirty. Or bloody.

LESLIE BIBB is Grace Sampson. Grace Sampson (Lady Liberty) is Sheldon’s wife and one of the most powerful heroes on the planet. She doesn’t always agree with Sheldon, but strives to balance his ideals with the reality of the modern, often violent, world they live in. 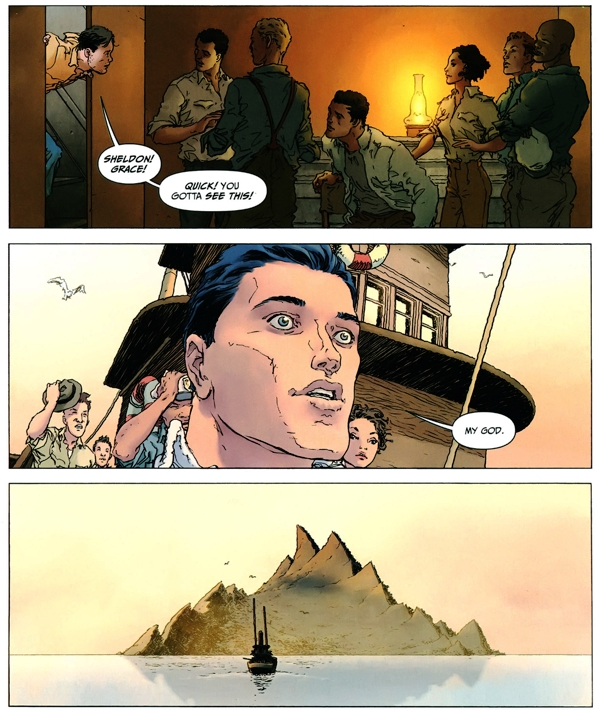 ANDREW HORTON is Brandon Sampson. Brandon Sampson is Grace and Sheldon’s son. In training to assume the mantle of The Utopian and become the new leader of The Union, he struggles to live up to his father’s mythic legend.

MIKE WADE is Fitz Small. Fitz Small (The Flare) is the heart and soul of The Union. Despite suffering injuries that ended his career as a superhero, he continues to be one of the most valued members of the team. And is often the only thing holding them together in the face of an increasingly hostile world.

MATT LANTER is George Hutchence. George Hutchence (Skyfox) was Sheldon Sampson’s closest friend and ally before turning against him and the rest of his teammates in The Union. Now considered the greatest supervillain in the world, George plots his revenge on the teammates he believes betrayed him.

You can catch up on comic reviews of the Jupiter’s Legacy series here.