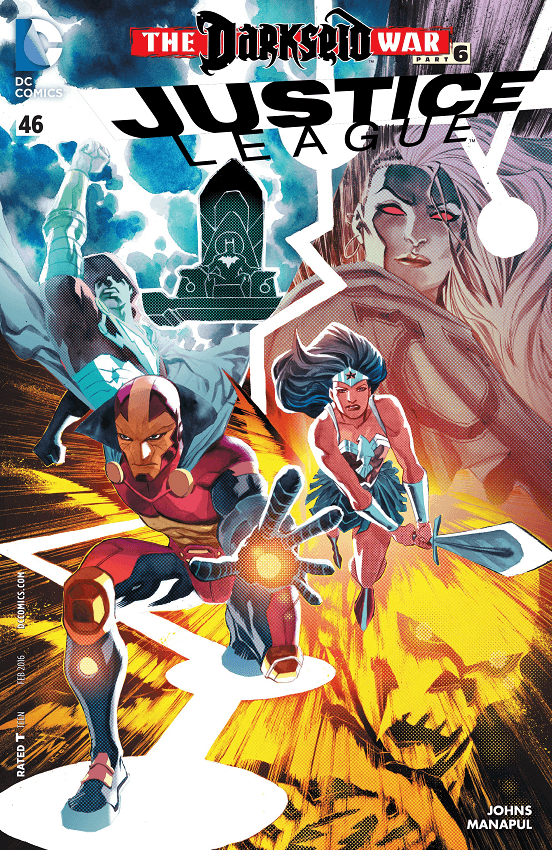 I imagine that Johns is circling the wagons for some pretty big showdowns between the Justice League / New Gods, but this last issue was more about moving chess pieces around the board than actual moves being made. Wonder Woman is the grounding factor for the Justice League members that are scattered throughout the world and the strength of this issue lies in her directing the narrative. However, there just isn’t enough interesting stuff happening to push through without the rest of the League involved. The “what happens next” after Darkseid’s death is a really good premise, but these new Gods haven’t actually done anything yet over the last few issues. Wonder Woman has a determination to find all the members and bring them together to face the still very present threat of the Anti-Monitor’s rebirth, but we’ve been put off for another month of seeing them face each other in their new state. 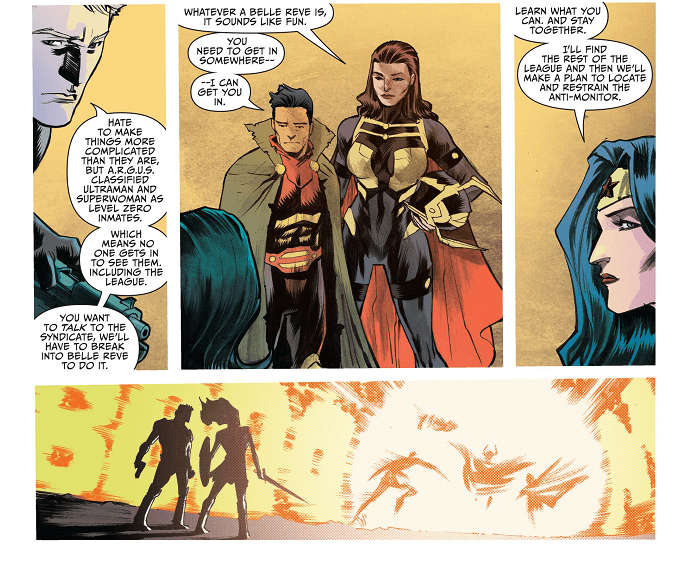 Manapul’s art isn’t a bad portrayal of the Justice League or the other powerful characters in this book, but it isn’t Fabok either. The more washed out style still fits this new stage in the book, with the present and future more murky for the world post Darkseid, but with a narrative that already feels stalled, it isn’t adding a whole lot either. The action sequences suffer more from who they involve (as in no one of great import) more than the actual art style.

Justice League still has a great story to tell in front of it, but this issue was dedicated to set up and giving some lesser characters more spotlight that may or may not prove fruitful. Hopefully next issue we get some of these new Gods facing each other.