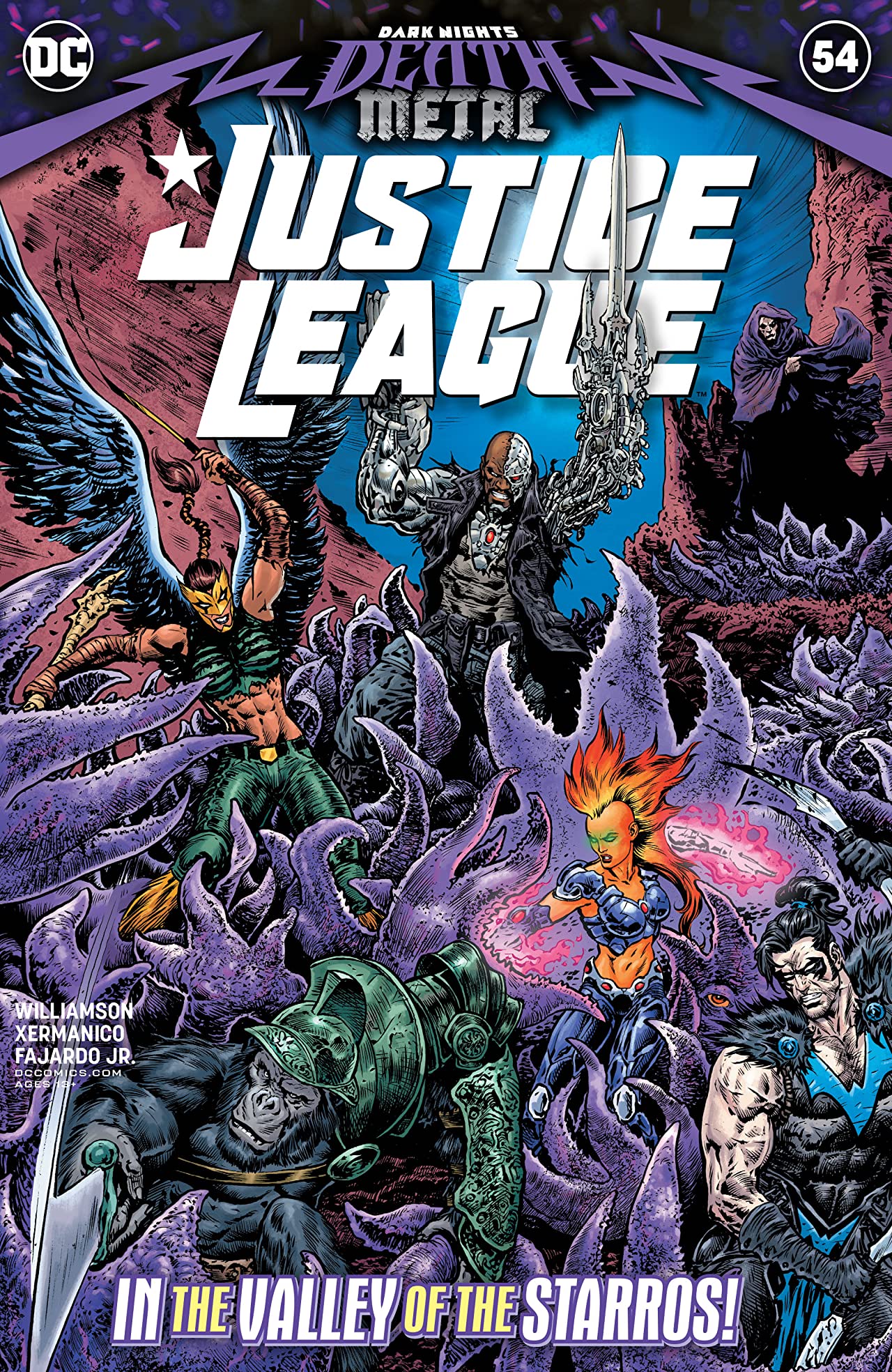 Justice League #54 is a callback to the animated series like Justice League and Teen Titans that made a lot of us fall in love with these characters in the first place.

Despite the epic backdrop of an apocalyptic world around them, the reunion of Nightwing, Starfire, and Cyborg is a real treat. Cyborg continues to be a powerhouse in both action and comic relief and the bond between Nightwing and Starfire is one that’ll always be relevant as they reminisce on their shared past.

It’s easy to let their scenes together transport you back to the animated series and their younger days.

And the same goes for the other characters as Lex Luthor, Jon Jonzz, and Hawkgirl play important roles in this issue.

I’ll always give a writer credit when they can make Starro seem like a legitimate threat and Williamson does that well here as the heroes (dumbly) walk through an entire valley of Starro(s?) and each face their own dilemmas.

It was also a great decision to have all of their dream states show their different depictions of the past to give a nice rush of nostalgia. They even give us Cyborg with half an afro!

One of the highlights of the issue is a brief check-in on the Martian Manhunter’s fight with Mindhunter, who’s a Batman from another universe combined with Superman and Jon’s DNA. Talk about a triple threat!

Watching those two fight physically while having a full-on moral debate in their shared mindspace was something I never knew I needed so much.

This was a strong issue that’s continuing an enjoyable side story and calls back to our nerdy, DC universe roots for all the nostalgia points.