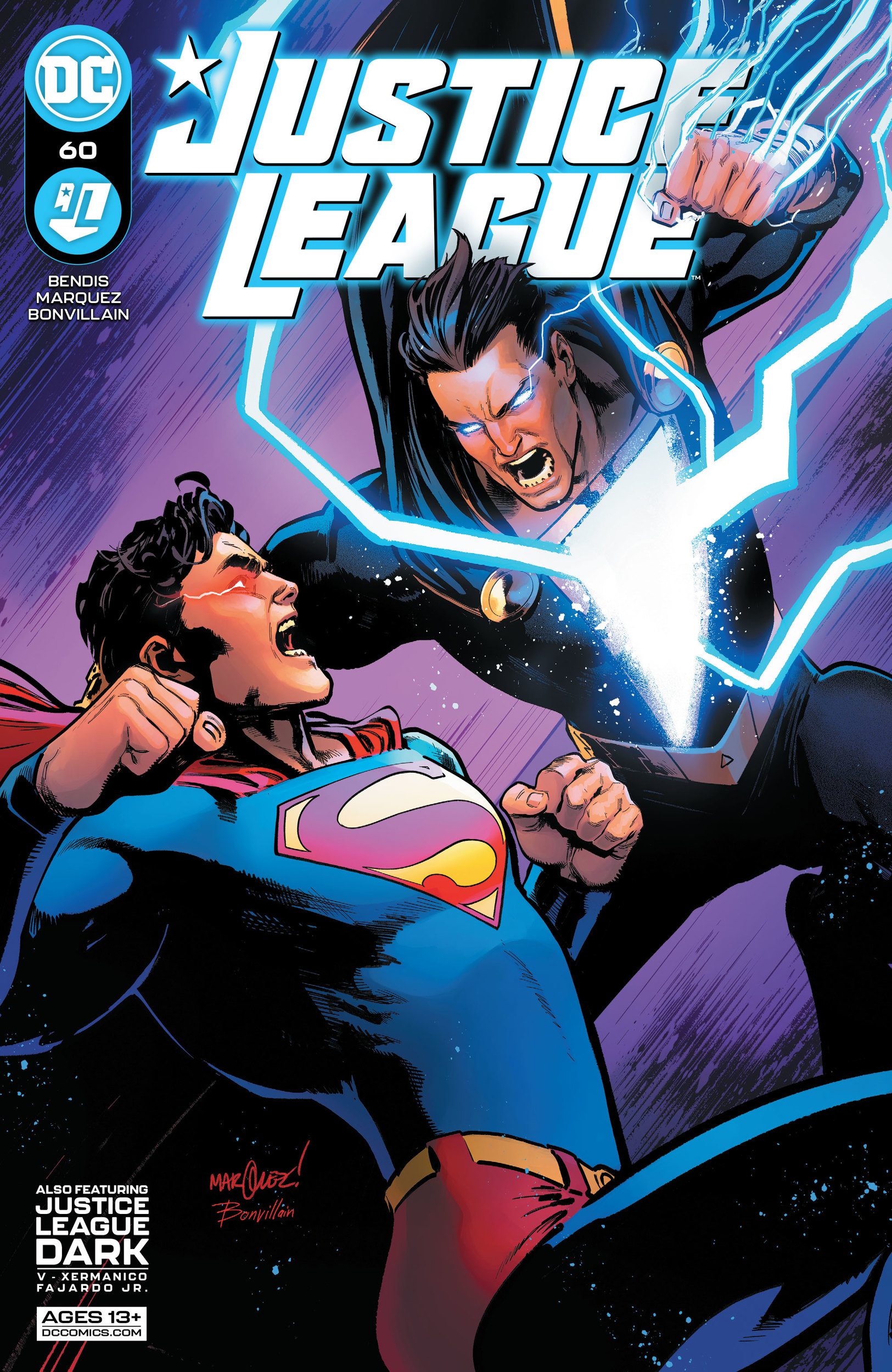 Justice League #60 centers Naomi and Black Adam as they join the fight against the alien named Brutus.

The conflict is solidifying in Bendis’ second issue of this Justice League book. This time around, as the team tries to figure out who Brutus is and what he wants, they come to terms with adding two new members to their ranks.

Because of that, the issue spends a lot of time introducing them to the new scenery.

Naomi is a welcome addition. Even though she’s a kid who is still very much figuring out her powers, the League knows they need her because she is from the same planet as Brutus. And even though she barely knows more than they do, it’s still pretty relevant to have her around.

Black Adam… not so much. The only one who wants him there is Superman. The rest of the team can’t stand the guy. But you can’t blame them. He has a history of being a pretty bad dude. And at the very least, he’s self-serving. But Superman sees good in him like his last name is Skywalker or something. And Superman’s true power is wholesome persuasion so that’s really how Black Adam winds up on the team.

I was pretty vocal in my last review about not being the biggest fan of this roster. I won’t go too into detail again but I just feel like it’s a little on the ‘safe’ side. Adding the likes of Naomi and Black Adam in Justice League #60 definitely spices things up quite a bit and for me. They’re the main reason I’m gonna keep up with this book.

In a short in the back of the issue, the Justice League Dark team meets the OG Justice League and Zatanna is appointed the leader of the JLD. Meanwhile, Merlin is out in the streets bringing monsters to life from classic literature.