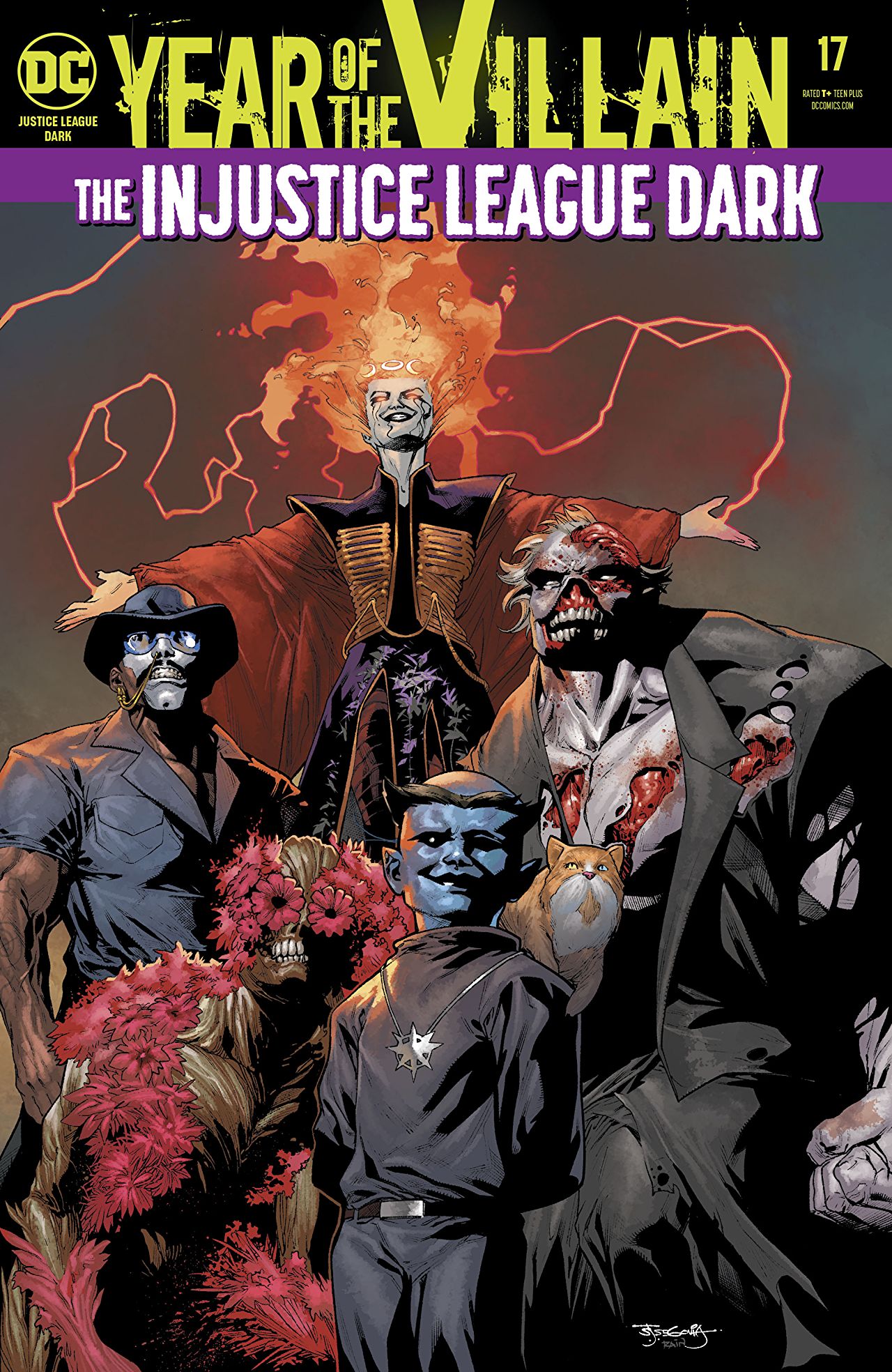 The opening sequence to Justice League Dark #17 is classically Tynion IV. A commanding, omniscient narrator with a prosaic writing style providing exposition juxtaposed with beautiful backdrops (this issue courtesy of Fernandez). Circe’s backstory is a tragic tale befitting of this illustrated backstory and some character work that continues to drum up what will be a battle for the ages. However, that’s also my issue with Justice League Dark #17: it feels like it’s just the start of a crescendo.

Once the story progresses back to the space beneath the Hall of Justice, the pacing of the story slows down in tempo by a nontrivial amount. We, the reader, know that Circe has commandeered Wonder Woman’s body and that Man-Bat went on an unexpected rampage, but the other characters and a lot of the issue feels like its meant to narratively weld the disparately threads in preparation for the final confrontation. This isn’t necessarily a bad thing, but Justice League Dark #17 lacks the same urgency that the preceding issues in “The Witching War” arc. It feels like a repositioning of the characters to make sure everything’s just right and while there are moments that work, it doesn’t gain momentum as easily as previous issues. 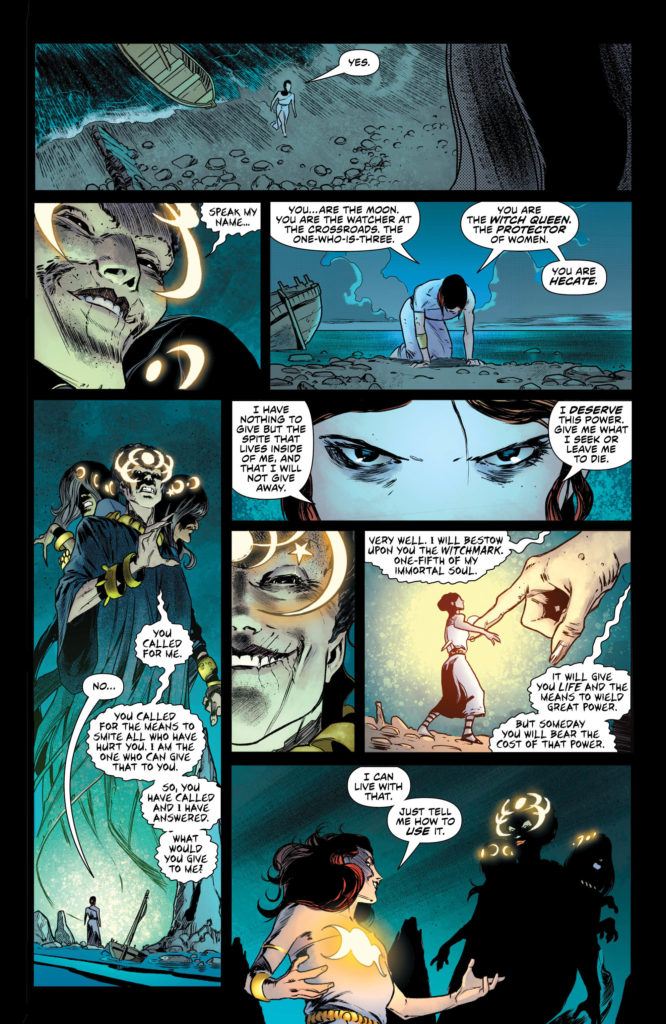 Tynion IV’s character work and dialog are solid all around, and the character interactions in the main bulk of the story are still entertaining, but it feels like a retread of older beats. The big climax at the end does make for a great action sequence and all of the props to Fernandez for continuing to maintain Justice League Dark high caliber of art. There is one particular stand out moment with Zatana that is best experienced live, but you will know it when you see it.

It’s still a good read, but it’s less demanding and feels like a little bit of a lull in a series that has generally been very engaging. Still, the magic/horror superhero story has built up to a final face that will be very entertaining if nothing else, but we’ll have to wait one more month to see the pay off.