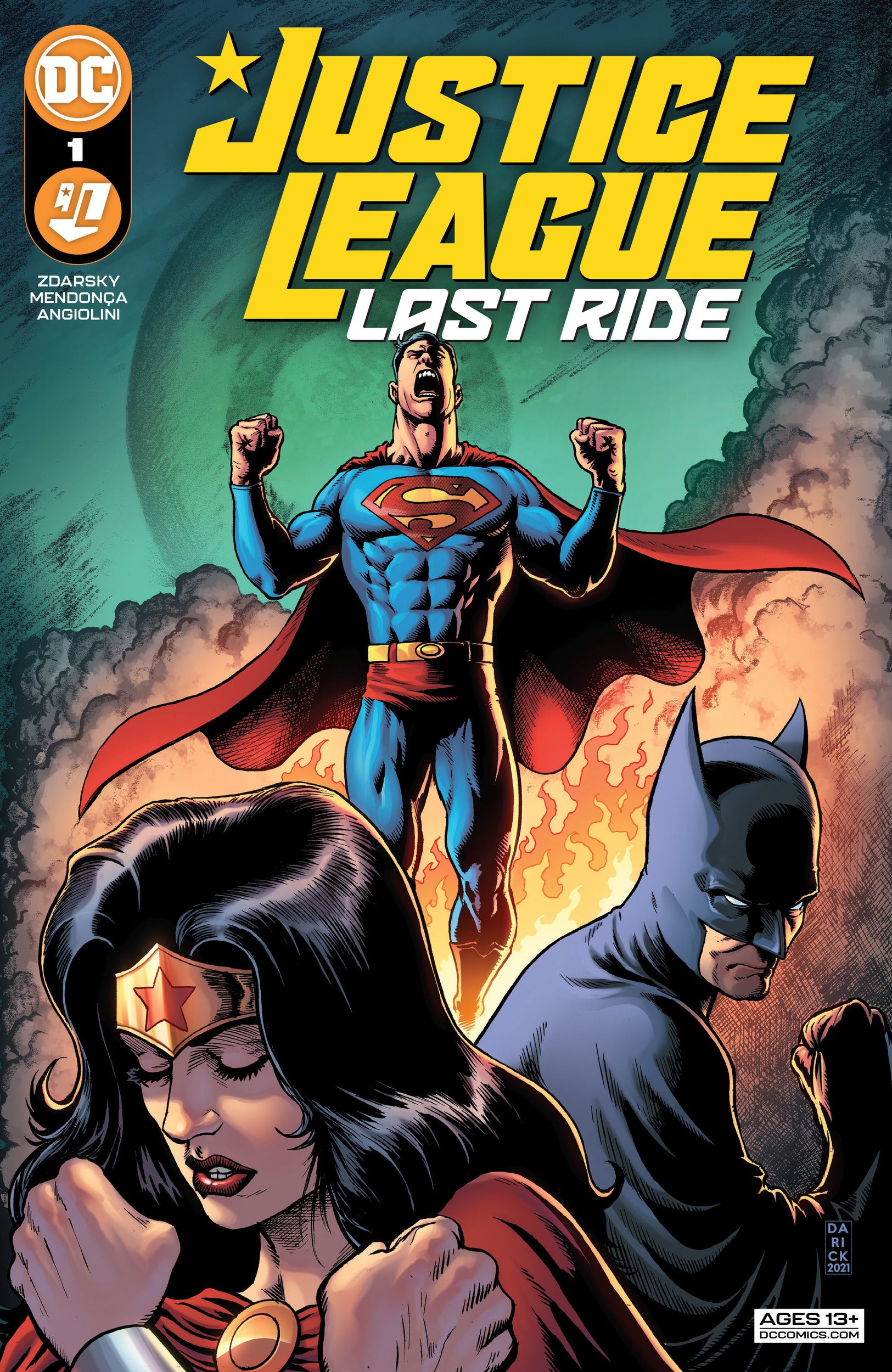 The Justice League is disbanded, citing one too many wrong choices leaving them fractured and resentful toward one another. But when the galaxy’s largest trial of all time is set to begin, the Justice League must put aside their differences one last time and band together to make sure the defendant makes it through their trial and sees justice.

Justice League: Last Ride is billed as a limited series. It was initially set up as a digital first with 16 mini-chapters, but now it’s going to print with a full 8 issues.

I think it’s safe to say that this story is one of those standalone out of continuity books that play by their own rules. The evidence of this is rooted in the team, which is composed of the more traditional members, as opposed to the team that Bendis is writing on the main Justice League book.

The conflict is also entirely different as well. It could maybe be linked to the Future State: Justice League, which featured an entirely new team, with hints about how and why the original team was disbanded. But I still think it’s safe to assume that this book is its own thing.

Being free of continuity allows Zdarsky to put the characters first, which I think he does wonderfully.

The weight of the thing that broke the Justice League up is eating away at every member of the team in different ways. Batman is even more of a recluse, Wonder Woman feels the burden of the mistakes the men have made, The Flash is stress eating and looking for light humor where silence and reflection should be, and Superman is irritable and resentful. They all are driven by these emotions, and while it’s sad to see them this way, it’s a testament to how Zdarsky is treating them in the writing process.

I know most people are sick of dark and gritty takes on superheroes, but I’m not. I think the issue is often that these takes prioritize an aesthetic over the story, and Justice League: Last Ride is the exact opposite. In one issue, it’s prevalent that characters are the priority, so I’m here for it.

Mendonça on art is doing a good job drawing the generalized versions of these characters. They may not have their most up-to-date uniforms on, but they still embody the characters we know and present the visual motifs that make them who they are. Mendonça has also done a good job making everyone look eternally sad and tired. I finished this issue really wanting to give Superman a hug.

9 Reluctant Watchtower Meetings out of 10