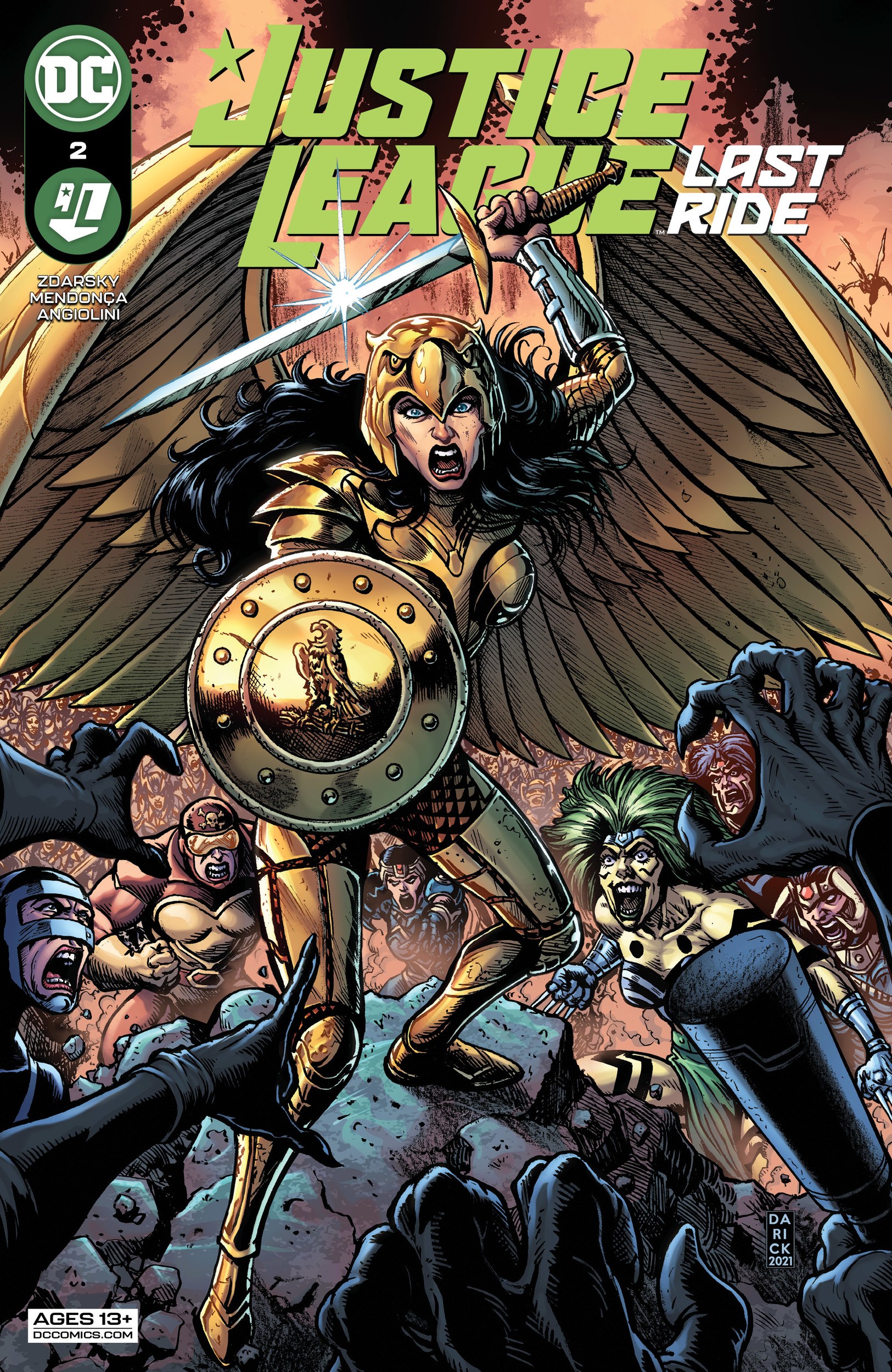 Justice League: Last Ride #2 follows the Justice League as they transport Lobo to his jail cell to await trial. In a galaxy where everyone is looking for you and your prisoner, the only safe place to hide is the rotting skeleton of Apokolips.

Going to Apokolips may be a necessity for the team, but it doesn’t mean it’s easy for the team. It’s detailed early on in the issue that whatever broke up the League before this series started had everything to do with Apokolips and its tireless leader, Darkseid.

Justice League: Last Ride #2 is broken up into two sections. The first part supplants the reader into the events of the past as Darkseid is trying to take the raw emotional power from Oa’s central power battery. Chip Zdarsky effectively sets this up as a must-win scenario, so the conflict is tense and you can really feel the weight of the situation.

The second part of the issue takes place in the present day when we find out that the Justice League has to take Lobo to Apokolips to hide from all the people hunting them.

Showing readers the past right before the Justice League goes to Apokolips is a strong way to convey what’s in their minds. Now, we don’t just know what happened, but we understand how big of a toll it’s taken. The fact that they have to go to a place that soured their past really sets up things to get ugly in the next issue.

Justice League: Last Ride #2 also deals with the idea of “Batman’s orders,” which is also the name of this chapter. Where the past and present show us the Caped Crusader barking demands left and right. In the past, things go smoothly – right up until the moment that they don’t. In the present, with the ‘Batman dropped the ball last time’ context, we get the feeling that Bruce doesn’t hold as much weight in the League as he used to. Batman’s orders don’t ring the same bells and Zdarsky lets the reader sit with that.