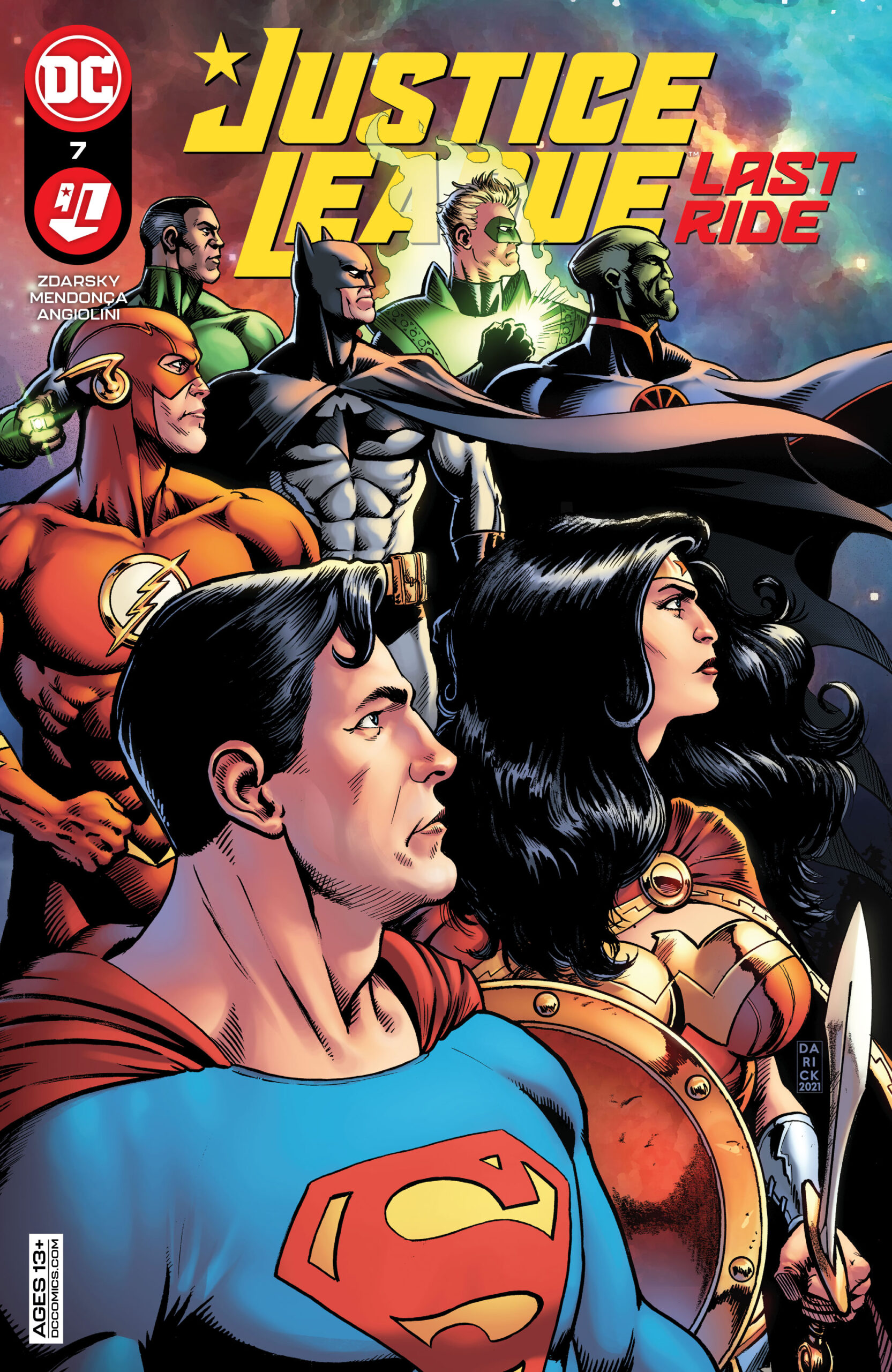 Justice League: Last Ride has reached its final stop, and what a hell of a journey it was.

In Justice League: Last Ride #7, we were gifted a Super/Wonder uppercut to Darkseid’s jaw, a Martian Manhunter remade completely as a Green Lantern ring construct, and a bunch of nukes over the sky of Apokolips.

What a way to go out with a bang… I’ll see myself out.

But in all seriousness, Zdarsky, Mendonça, and Angiolini really stuck the landing with this book. All the loose ends were tied up, and there isn’t a cliffhanger. It’s just a nice, self-contained story about a fractured Justice League on their last mission.

Mendonça specifically had to have had a lot of fun with this one. It must have been so cool to draw so many different variations of characters. J’onn as a construct was never something I could have even imagined that I’d see. But we got it in spades in this final issue. The creativity is through the roof.

There is potential for a sequel story, I suppose. By the end of the book when everything is all nice and happy again, Clark, Bruce, Diana, and J’onn rename themselves the Justice League Universal, hellbent on enacting justice across the galaxy, not just in the United States or on Earth.

I’m not gonna lie, I’d read that book. Justice League characters in cool space outfits fighting the alien scourge of the galaxy? I guess I’ll just donate four dollars to DC now. The more I think about it, the more I feel like it’s something we’re gonna see.

But whether or not we do get more, this story is strong enough to stand on its own. And I implore you to read it. It’s one of the best Justice League stories I’ve read in a long time. And that’s large in part to the fact that it’s not trying to tie into a larger narrative or reinvent the universe. It’s just its own thing.

10 Kryptonite Shanks out of 10