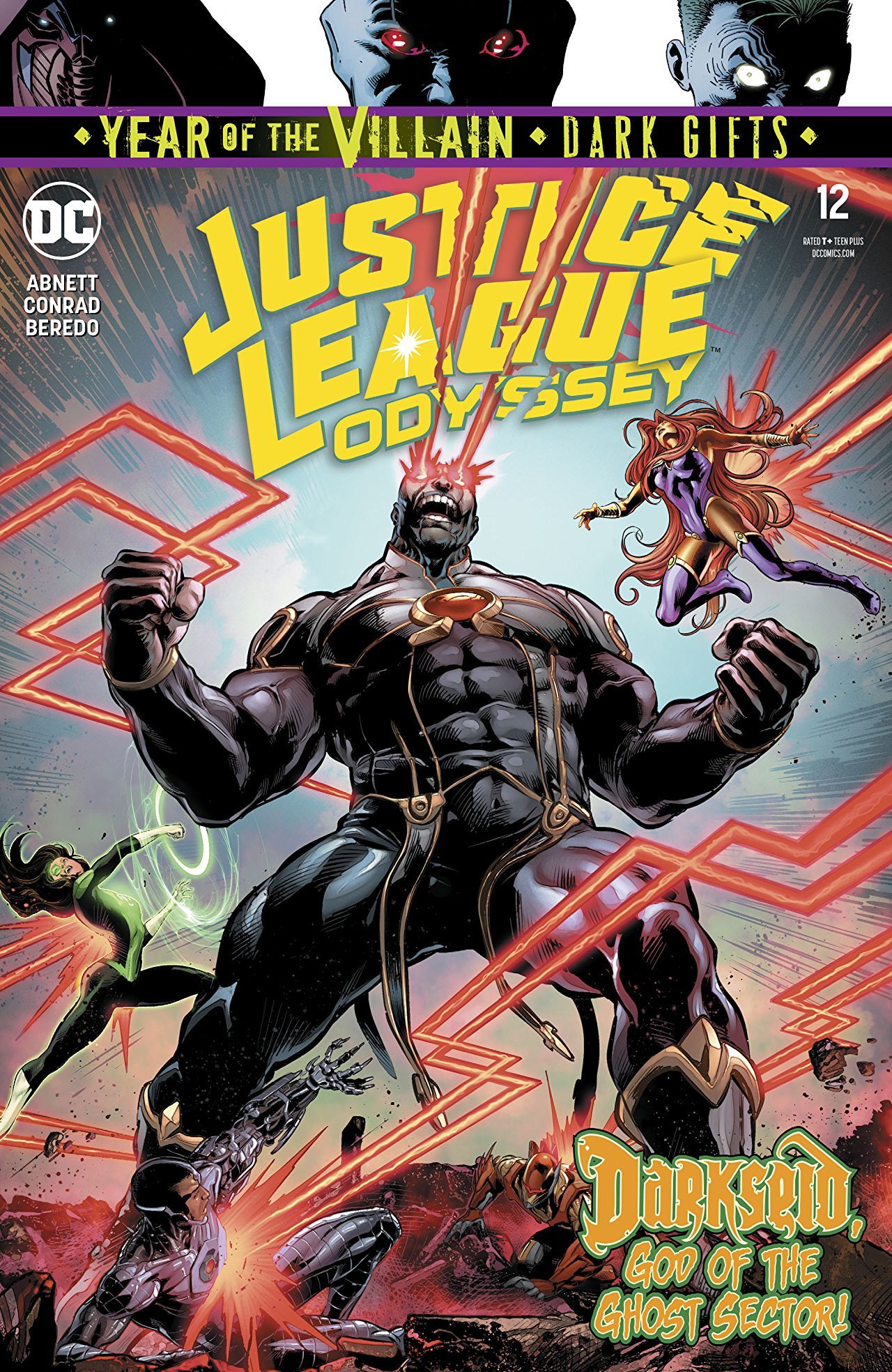 This is it! This is what Justice League Odyssey has been building toward for the past 11 issues. It has all led to this exact moment. But this isn’t the end, it would seem. I wrongly assumed this book was only going to go 12 issues, and I didn’t do an easy Google search to see that it was solicited for more than that. I’m ashamed. Don’t look at me.

This is the end of this particular arc, though. Starting with issue #13, the plot and characters are going to be drastically different than what they’ve been so far, and I’m eager to see how it all unfolds.

This was a very tense issue. The decisions made felt heavy. The dire outcomes felt final. That’s all because Darkseid finally activated Sepulkore, the device that promises to both bring him back to full strength and save the Ghost Sector from the destruction of the multiverse. Think of Sepulkore like a mashup of Apokolips and the War World. This thing is massive. And it burns with the intensity of your first crush. 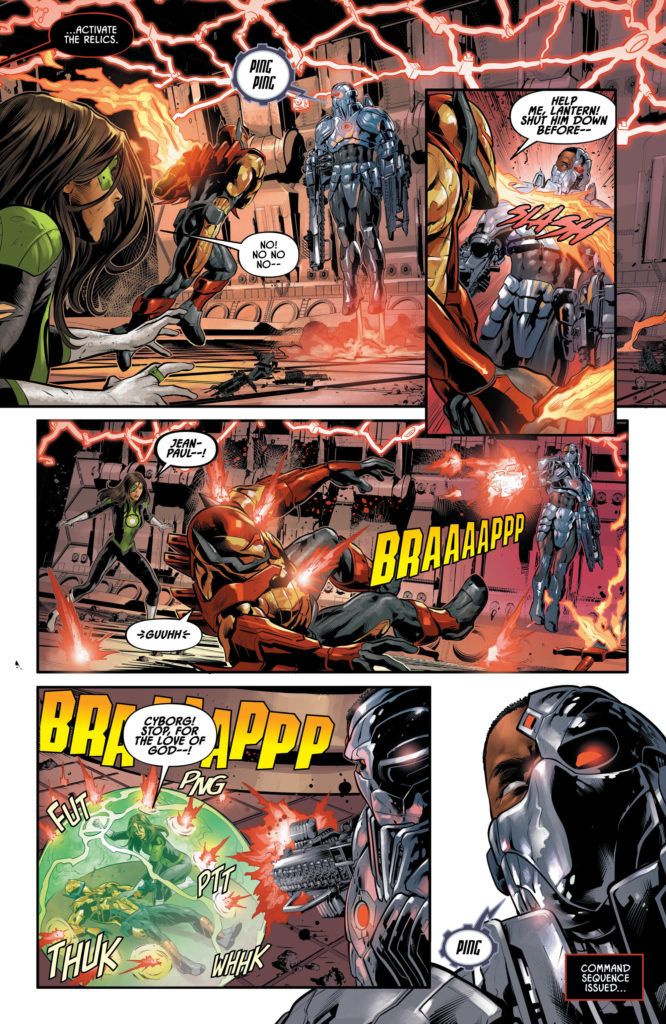 Abnett did a good job of bringing the stakes to the forefront. If you don’t remember, the team had planned to help Darkseid build Sepulkore, then double-cross him and stop him from using it. He of course, saw this betrayal coming, and he got the jump on them before they could even think to do anything. But they didn’t just get an astronomical beatdown, Darkseid transformed Cyborg, Starfire, and Azrael into three heralds of varying levels of power: Technology, Fire, and Faith. The three original members of this team have always had a grander purpose for being called to the Ghost Sector. It looks like this was it.

That leaves Jessica Cruz as the only thing standing in the way of Darkseid. Remember, she wasn’t drawn to the Ghost Sector like the others, she just happened to be in the neighborhood. Even on her best day, fighting him and her mind-controlled friends would be an uphill battle, to say the least. But she’s also got a near depleted Lantern Ring with no way to recharge it.

Darkseid was as menacing as he’s ever been in this issue. For this entire run, he’s been a shell of his former self, but now he’s back with the power and confidence of a being that has ruled the cosmos. Abnett and Conrad do a great job respectively with conveying his dominant presence on the page. His confidence has returned as he speaks in a manner that is more fitting for a force of nature than it is a mere alien. This is explored with his look as well. He’s no longer a tattered, slumped mess of a man. He’s back on his bullshit with his signature stances and eyebeam accuracy. You don’t want to mess with this dude right now.

The Odyssey team faced an impossible task as they geared up to face a calculated Darkseid that’s planned out every move that’s taken place since the beginning of the series. The only intangible is Green Lantern Jessica Cruz. But she may not be enough.