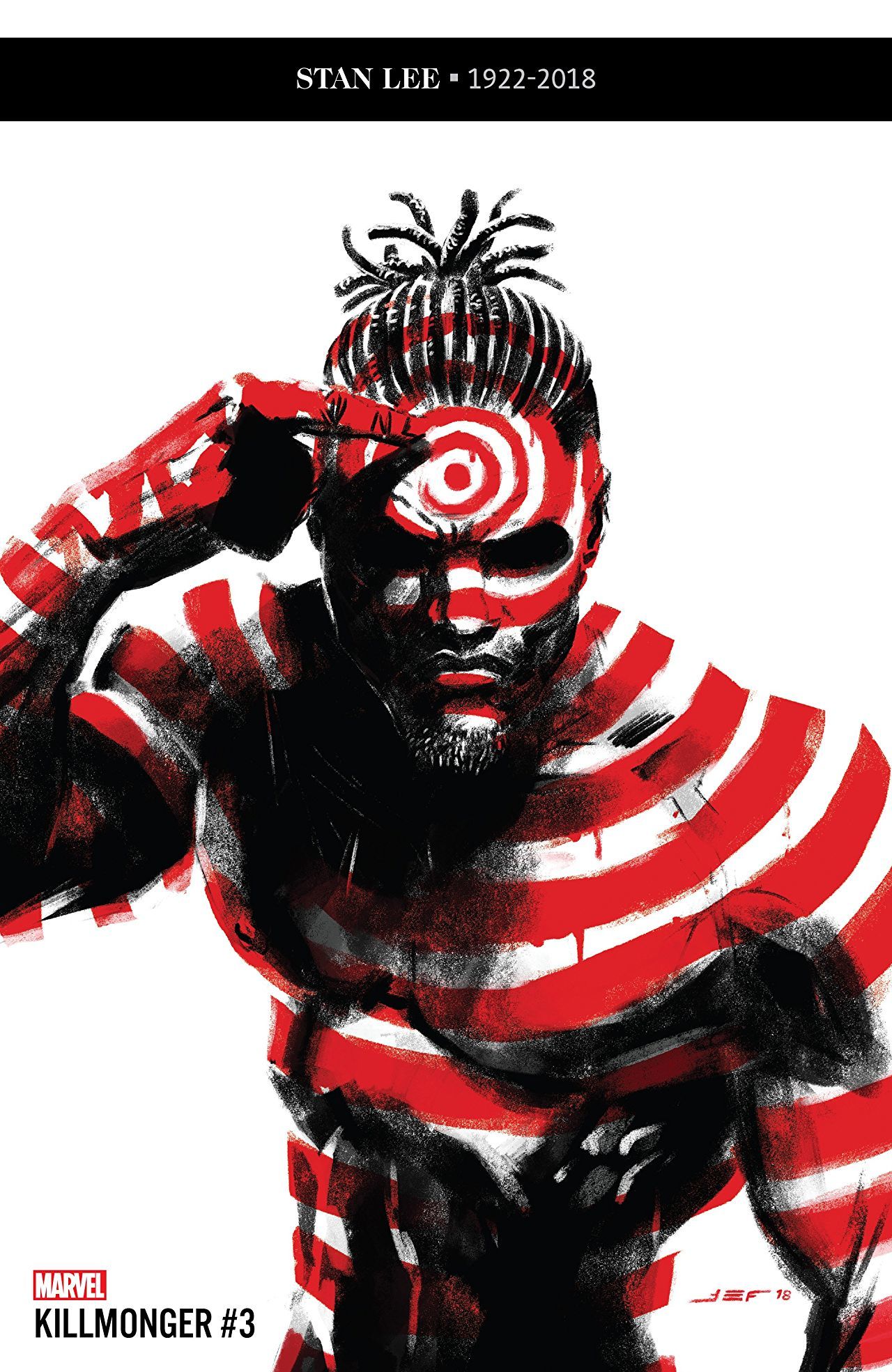 Okay, so I was pretty rough on last week’s issue of Killmonger. Don’t get me wrong…the book was deserving of every comment I made. While I wanted this to be a good book, the cons are vastly outweighing the pros and have been since the end of Issue #1. This book started out with so much promise. It then took a misguided leap of faith like Sandra Bullock careening down a violent river blindfolded and hoping for the best.

Now, to be fair, Issue #3 does feature Bryan Edward Hill trying to atone for some of the sins he committed in #2, so it’s not quite as bad. However, being better than Issue #2 isn’t a very high bar to clear. Erik and the hit squad he’s interning for have an unexpected visit from a notable Kingpin crony and things go awry. There are a couple of fun things that happen in the process of this book. There’s a couple of pages devoted to a pretty fun action sequence even if it doesn’t amount to much and actually cops out on the body count considering the adversary involved. 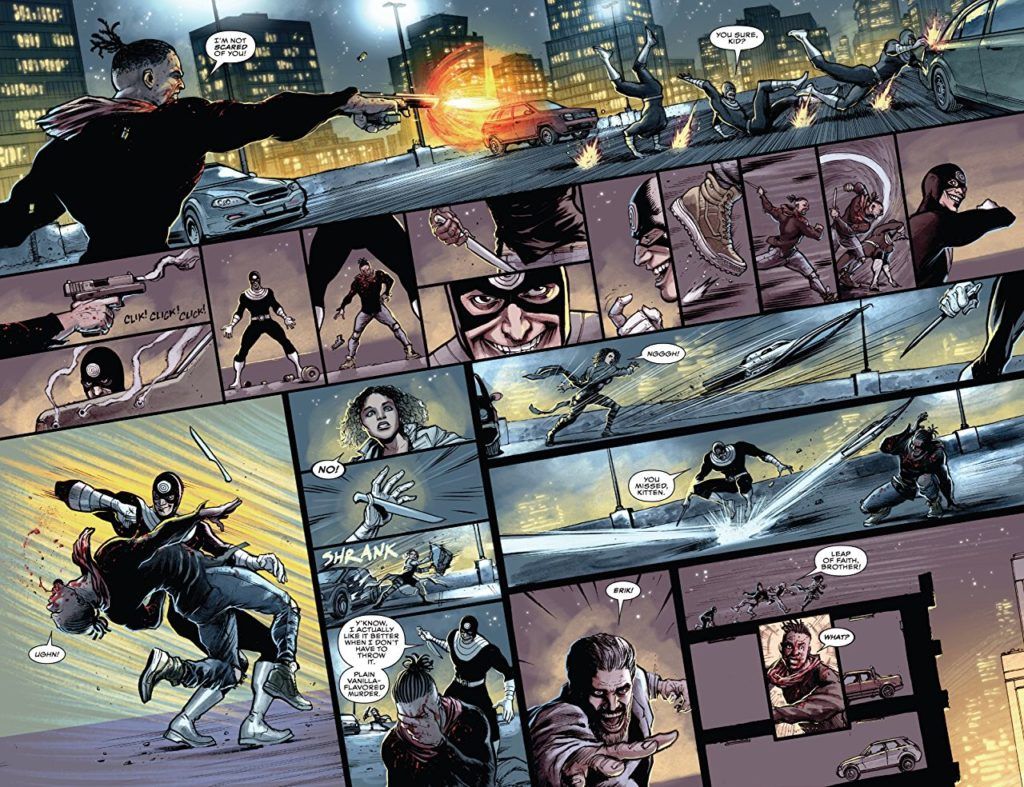 There’s also the aspect of this story I wish Hill would have focused more on: Erik’s relationship with the goddess Bast. The lion’s share of exposition in this issues focuses on a lot of textbook “sympathetic villain” camp that we really didn’t need. However, the idea of Killmonger turning his back on the god of his homeland in favor of his hatred of the Black Panther is potentially compelling.

Meanwhile, the book’s favored narrative — making Knight into Erik’s love interest — feels completely unearned for the amount of time these characters have spent actually bonding. We get a teaspoon of backstory for her that’s supposed to lead us to believe how fast she becomes Killmonger’s “ride or die.” Hill tries to break up the previous issue’s monotony by placing a new obstacle in Erik’s way, but it’s starting to feel like the damage has already been done.

Juan Ferrerya’s artwork remains the saving grace of this book. He tries a few fun things with the action sequence paneling at the beginning and a lot of the concept art for Wakanda is quite inspired. The cartoonish but sketchy vibe in his linework has really grown on me as his trademark style. I just wish it weren’t squandered on such lackluster turns of events.

Bottom Line: I wish “a better book than the bad one before it” equated to a good book, but alas…even with the slight improvements, Killmonger still misses the mark. It’s hard to appreciate such a talented artist when he’s hindered by such a restrictive, dull script that seems hell bent on highlighting the most contrived aspects of such a good character.

Reading Killmonger? Find BNP’s other reviews of the series here.