Apparently the Eternals trailer racked up some impressive view numbers in the first 24 hours of it’s premiere. But I know you’re not here for all that internet traffic noise. Outside of die hard Marvel fans, most people don’t have a clue who the Eternals are besides a shaky blanket statement that “I think Thanos is an Eternal…even though he’s the Mad Titan…or something like that”. Ok, now that the picture has been painted of how much buzz this movie trailer created and connected the greatest MCU villain to them, it’s time for that real raw rap and R&B shit!

We’ve been keeping the streets satiated with reviews of the new Eternals comic written by one of the best talents currently gracing Marvel titles, Al Ewing. Esad Ribic and the best colorist in the game, Matthew Wilson, created the look for this modernized take on Jack Kirby’s Eternals. Some say Marvel just wanted a version that would be more similar the movie, but I love what they’ve done with these nearly immortal beings. And what better way to drop knowledge on who these individuals are than by comparing them to some of the dopest artists in the game, past and present!

Played by Angelina Jolie, Thena is the loving daughter of royalty. She is prideful, and passionate to a fault. Her stance on Deviants (not hating them overtly like everyone else) has led to questionable decisions and harmful outcomes (her old boo Kro stay plottin, at her expense). She chose love and left the Eternals to live amongst the Deviants in Lemuria. She’s assumed the mantle of Eternal Prime and was the leader of the Eternals. Thena has walked down many paths in her life, which resulted in the wisdom she possesses today. While her hair isn’t typically blonde, Angelina Jolie is good casting for Thena.

Beyonce is tender and loving, just like Thena of the Eternals. She’s pouncing tiger fierce and rhino stampede strong. She has an air of royalty to her that lights up a room and commands legions of followers. She leads with the type of open heart that would make Brene Brown proud. Her message to accept all as they come has reached every corner of the world like Professor X’s sovereign invite to Krakoa.

Played by Richard Madden, Ikaris is the dutiful, militant mind of the Eternals. He’s often the center of attention in the comics, but never lets that go to his head. Most of the time, he is the calm, cool, and collected glue that ties the various corners of the Eternals world together. But he also has his hothead moments that make him the epitome of a blind soldier. It’s nice to have someone who is always ready for the call to arms, but Ikaris lacks tact. This means he comes off too direct at times. Luckily, there’s an honest ‘work hard, play hard’ side to him that appeals to so many Marvel fans. It will make him an easy fan favorite when the movie premieres. Doesn’t hurt to also have the honorable Robb Snow playing the dutiful Ikaris.

Biggie has always been the rapper that music fans gravitate to, no matter what kind of artist they prefer. There was a magnetism to him that would attract fans to a concert in Chernobyl, which is why I compare him to Ikaris, who always finds himself at the center of Eternals‘ storylines. Biggie is widely considered the greatest of all time, considering all he achieved before his untimely death. Give that man another 20 years like HOV, and there would be no “widely considered” part of the conversation. Biggie also has that ‘do-or-die’, Bed Stuy, gutter side to him that is very eye opening to people who’ve only ever heard “Hypnotize” and “Juicy”.

My nine flies, baptize rap guys
With the Holy Ghost, I put holes in most
You hold your toast shaky, slippin’ tryna break me
Look what you made me do, brains blew

Played by Gemma Chan, Sersi is that Eternal that you strive to be like, want as your friend and wish you were dating. She’s above all the drama that any form of man is involved in, but isn’t too high and mighty to let someone with a bright future perish. She loves a good party and wants to get annoying things over with so she can get back to doing her thing: whether thats making love to the apple of her eye, or slapping around a few Deviants. Sersi is not afraid of using unsavory tactics to achieve victory, and that makes her invaluable. She is hungry for knowledge and asked Zuras to share his wisdom with her so she can be a mentor, and there aren’t many ways to show the strength of your dedication and loyalty than that.

Rihanna has always been an artist that seems so relatable, while also seeming too incredible to be real. While others squabble over mean tweets, sneak disses or some form bad press, Rihanna is always seen with a smile on her face, living the life that she chooses. We alllll know Rihanna is the Empress of a good time, keeper of as many lovers as she desires and someone who’s always real, making her the perfect Sersi counterpart in the Eternals .

Played by Lauren Ridloff, Marvel will be blessing us with a Makkari that isn’t as masculine as her comic book counterpart, but will be every bit as great. This Makkari will be the first deaf character in the MCU, an excellent detail that explains why the character isn’t affect by the sonic booms that are created by her speed. Up until this movie’s casting, Makkari was a man with a very inquisitive nature. Always on the move and forever hustling. Makkari lives to explore various cultures of human civilization and places much farther. While he assimilates well, he wasn’t always the strongest hero. Rushing into action could be consider his Achilles heel, but can you blame someone with that much speed?

Megan Thee Stallion may be in the infancy of her career, but she came out the gates hotter than Todoroki’s flames! As an artist, Megan has the ability to spit rapid fire bars, a skill that many don’t have and that isn’t used regularly. Makkari’s exploration of new and uncharted territories fit beautifully with Megan’s discovery, love and appreciation for anime.

Yeah, he call my Patty Cake ’cause the way that ass shake
I’ma make him eat me out while I’m watchin’ anime
Pussy like a Wild Fox, lookin’ for a Sasuke
One night with him make him lose it like a prom date

Played by Brian Tyree Henry, Phastos will be the first openly Gay character in the MCU. Does anyone else feel like they’ve heard different versions of that statement before? Get it together Marvel. I digress. Phastos is a laid back guy who wants to spend his time on what he does best: inventing things. He’s wildly creative and incredibly generous to mankind. How do you think we got cell phones? This intelligent and hard working Eternal doesn’t want any part of the spotlight or involvement in their wars. However, he’s also too smart to believe he can keep his hands clean forever.

Kendrick has always been a thought provoker and lyrical legend, so this pairing was easy. Every body of work that Kendrick has produced has been meticulously crafted and it’s easy to tell. But Kendrick doesn’t want your cameras and reporters all up in his face just because he’s one of the greats. He is very content lurking in the shadows, dropping Control verses, Good Kid Maad City’s and Damn records like it’s nothing. That’s the thing though. To Eternals like Phastos and rappers like Kendrick, putting together a work of art is all in a day’s work.

Thirty millions later, my future favors
The legendary status of a hip-hop rhyme savior
Travel round the atlas in this spaceship candy-coated
My day shift’s been devoted to fuckin’ up bundles of paper
Pi equals three-fourteen
The devil’s pie is big enough to justify the whole thing

Played by Lia McHugh, Sprite is definitely the most fun Eternal in the hood. Sprite is a trickster by nature, due to the indistinguishable illusions that she projects with her powers. She has always gotten into mischief, but never has malicious intent behind her actions. If anything, her pranks on others should be utilized more often, for humor and battle purposes. When Sprite toys with the others, it’s a treat for all readers.

Nicki Minaj has been about this multiple personality life since what feels like forever. The way that she raps in her various accents and the faces she makes to go along with the lyrics, paint the perfect illusion for Nicki Minaj. Sprite’s bright energy reminds me of Nicki’s kinetic flow on the track. We all know NIcki likes to have a blast with those characters, which screamed out Sprite’s hip-hop counterpart.

“Fast little b****es, but of course I’m the quickest / Mortal Kombat, ninja Nicki, who ya pick is?

There are more Eternals that we will be joining these 6 above, including Ajak – Played by Salma Hayek, Druig – Played by Barry Keoghan, Kingo – Played by Kumail Nanjiani and others that haven’t been announced yet. I’m excited to find out who they choose to fill out the roster of remaining Eternals, and who/what will be the reason they’ve finally made themselves known. The Eternals will be gracing the MCU with their presence on the big screen on November 5th. 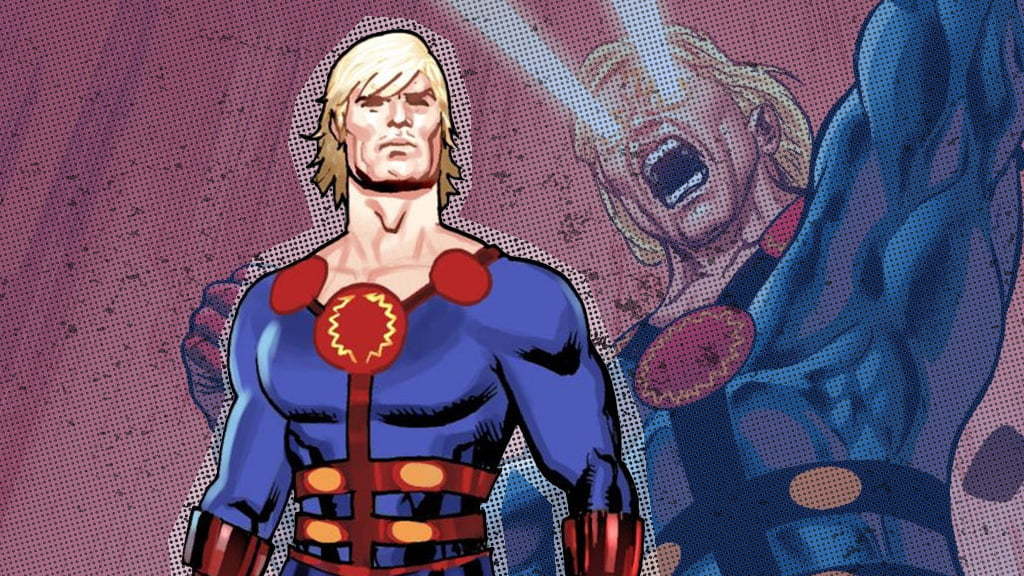