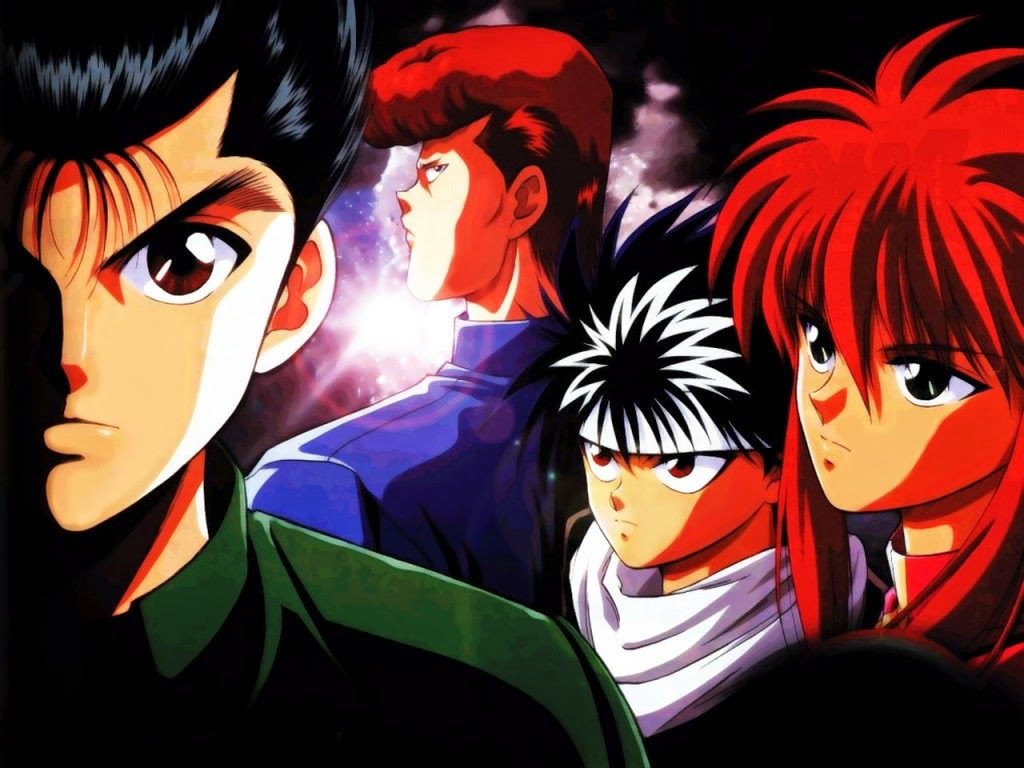 Ah, November, the month of giving thanks and family members exclaiming they’re on a “diet” as they grab seven more ham hocks. As great as seven ham hocks would be right now, we’re not here to talk about food. This month, I’m making it a mission to give thanks to anything and everything. Whether it’s big, small, short, or tall, I’ll be giving it the thanks it deserves. First up is something that’s been near and dear to my heart ever since I was a wee lad: Smile Bomb.

If you didn’t hop up and start jumping and jiving as soon as that beat dropped, then there’s no hope for you. We’re kidding, there’s always hope no matter how far gone you might be. Smile Bomb, Hohoemi no Bakudan, is the first and ONLY opening for Yu Yu Hakusho. That’s right this same exact song was used in all 112 episodes. They knew a good thing when they saw it. Originally sung by Mawatari Matsuko in the Japanese version of the show, Sara White sang the translated English version which is the version we Americans grew up loving. Because the song was used as the opening for every episode, variations of the opening video were made to offer up some variety.

So why am I thankful for Smile Bomb? Well for one, the opening song of an anime always helps keep me interested so I have to thank Smile Bomb for being so funky fresh and getting the attention of a younger me. The words of the song still hit me right in my Eighth gate.

“Then suddenly, my power and confidence start swelling up,
Magically erupt.
And it’s all because of the kindness that I feel
From people I don’t even know.”

I grew up a real lone wolf cub, and I was very shy. I always thought I was being judged or looked at differently. Eventually, I made some friends who showed kindness to me before I really knew them. They also liked anime, so we all jammed to this song during band class. Yes, I know I was the coolest. Another line which is found in the full version of the song (oh yeah, there’s a full English version) brings friendship front and center.

“It’s all because of when I see my friends, oh my
Every time,
They’re always behind me pushing me on,
lighting the fire in me (Fire in me!)”

I cherish friendship more than the stereotypical shounen protagonist so lines like that always get me. There have been many things that I wouldn’t have had the strength to do without my friends, and they may never truly know how much they’ve helped me over the years. The lyrics of the song follow the theme of friends lighting a fire in your heart and making you explode…figuratively. It’s a beautiful EXPLOOOOOSION (sorry Megumin typed that part) and the song portrays that feeling perfectly.

Smile Bomb’s funky fresh beat might be its main dish, but if you listen to the lyrics, you’ll find a delicious dessert ready to be inserted into your full course of life. After reading this, I’m sure you’d like to listen to the opening again and again…and again. Don’t let us stop you. Just remember “Your Smile Makes My Heart EXPLOOOOODE!”