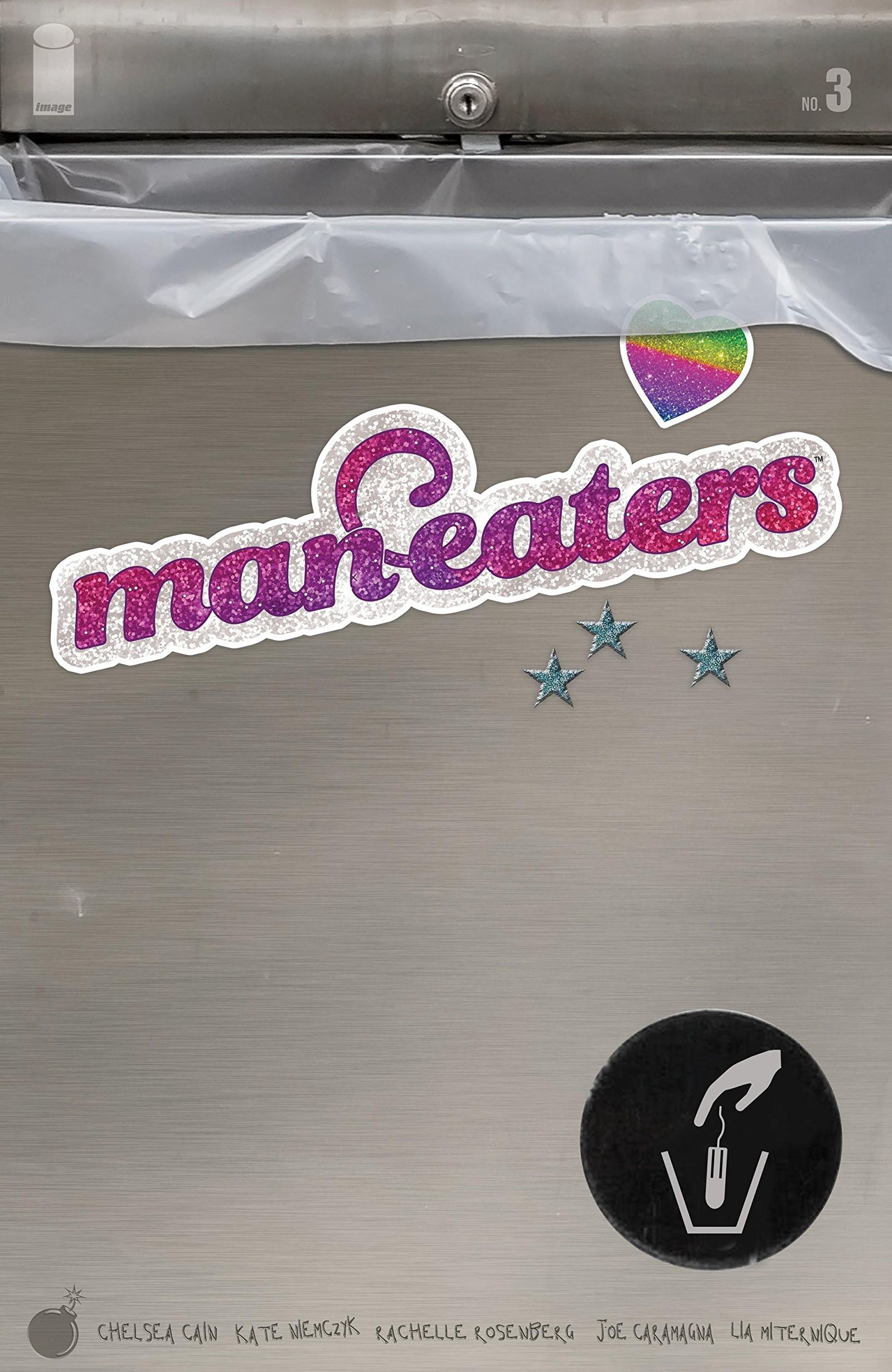 Y’all this issue depressed me. It still had its splashes of humor like in previous issues, but there’s something about hiding and being secluded from certain spaces that makes my blood boil. Throughout history periods were seen as a time of seclusion. The time where the woman bleeds so she can “return” to her normal state, hoping that nobody gets hurt in the process. There’s cringe when talking about periods, fear when talking about periods, and, of course, “non-informative courses”. Chelsea Cain done got me again. 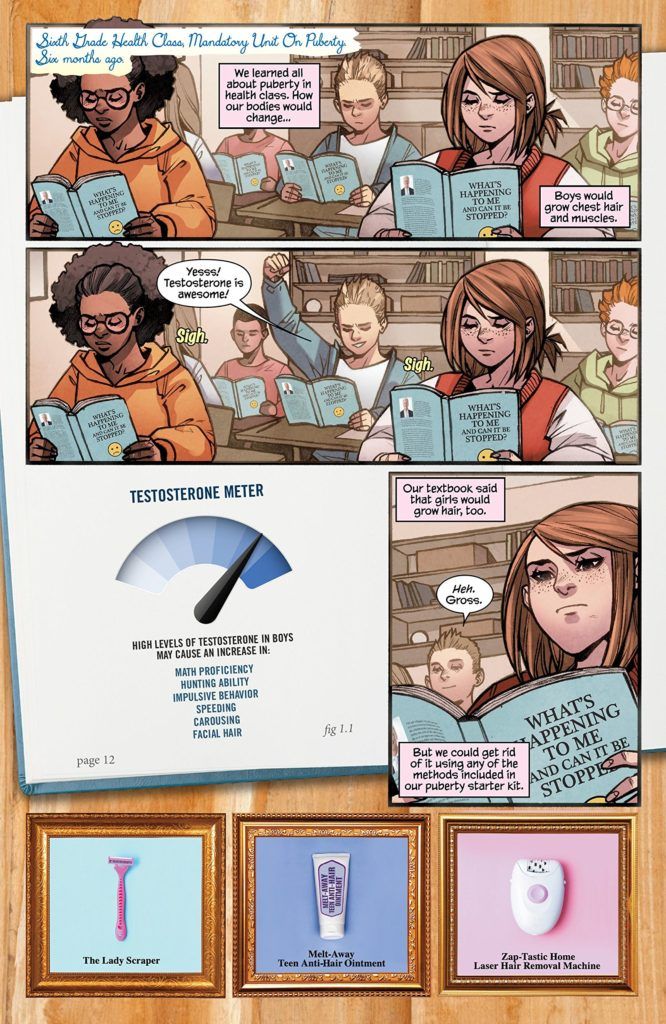 So many aspects started connecting. The “beautiful” things that happens when exposed to testosterone (reading about male empowerment and what men has done throughout history). The corgis being released to help with the case (tiny toxic masculinities being used to take on something “ferocious”). Hiding evidence of blood (the evidence of a period means that you’re not making logical decisions, only having emotional opinions). Political lines of things said about the women’s bodies are scattered across the issue. Listen, if you want to be mad, get Man-Eaters #3 y’all. I was damn near ready to throw everything after the sixth page.

What I loved about this comic in the past, is what continues to create the intensity in this issue. The cuteness and quirkiness really highlights the dark concepts behind the series. For the record, Corgis are cute as shit. Whoever made the artistic decision for these little balls of sunshine to make a cameo, I give you my love. The brightness that is highlighted in the darkness in each panel really speaks to the volumes in the content. The consistency of hiding something natural all while being out in the open, because everything that is not “pretty in pink” is a monstrosity. 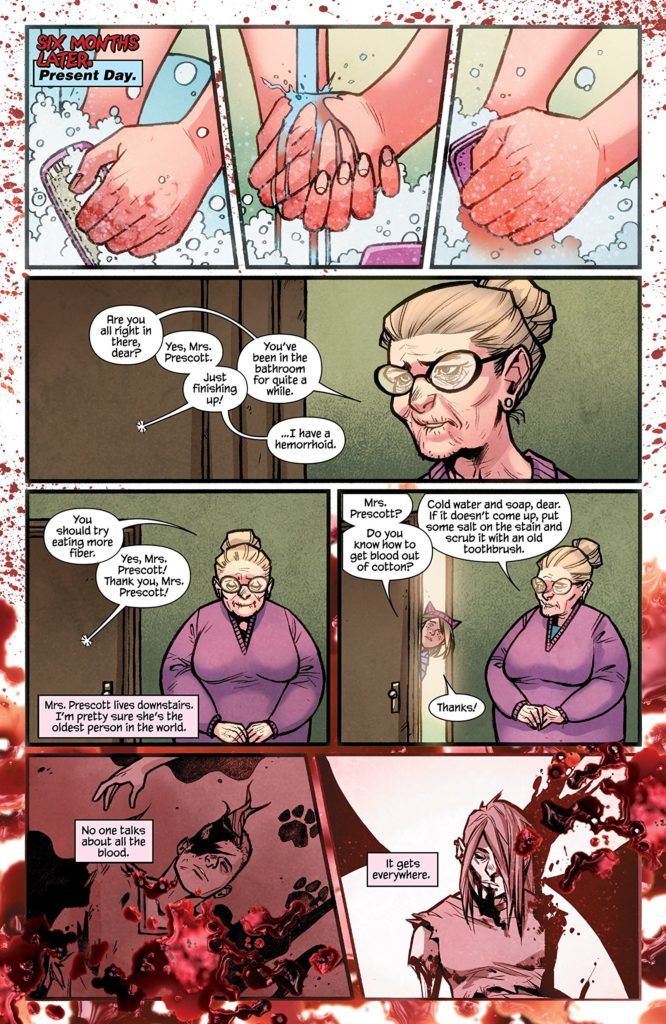 Reflecting on the pace of this series I keep thinking it is moving kind of slow. Granted the content and the metaphorical aspects are really important. Yet at the same time, Maude hasn’t done anything moving except discover her period. That is still an important aspect, but the build-up is starting to get a little long. I’m pretty sure the “Aw shit. It’s about to go down” is coming. She’s showing those “symptoms.”

I’m ready for this breakthrough!

9.4 Super Absorbant “Always” out of 10
Reading Man-Eaters? Find BNP’s other reviews of the series here.