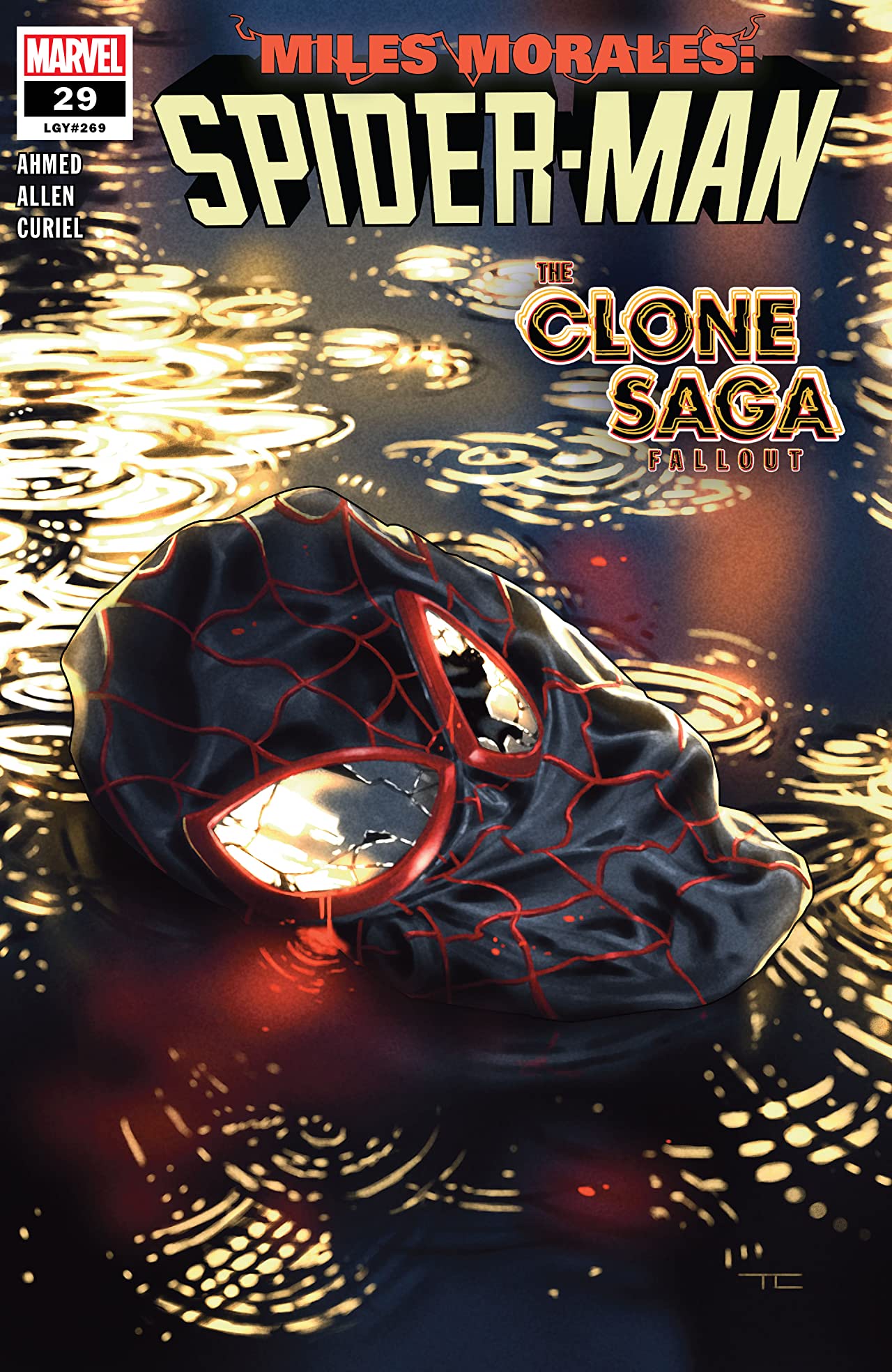 I think the core of any good Spider-Man is how strong they stand at the end of a harsh battle. Being Spider-Man is hard and after the trauma Miles has been through, it’s easy to see why he’s having trouble moving forward. Thankfully, with the support of his friends and family, Miles does what any good Spider-Man would do – put the suit back on and help as many people as he can.

Miles Morales: Spider-Man #29 is appropriately titled “The Clone Saga: Fallout.” Miles has rightfully taken some time off from school and hero work (as he should, mental health days are nothing to be ashamed about) to collect himself. The trouble is that the ordeal with his clones still lingers in the back of his mind. The threat to his family and losing two of the clones is a lot. What I like is that even though you can tell that recent events left some scars, he still pushes forward instead of giving up. A point that Miles’ teacher makes when he says he feels like his whole world is crashing around him.

Shift, the surviving Clone has also disappeared, which worries Miles because he promised to help him. It’s going to be interesting to see Shift’s place in the series. Miles sees him as a brother and helping him out just feels like it’s the right thing to do. However, I just hope we get to see things more from Shift’s perspective like how he feels about losing his clone brothers and basically having to live without them. By the end of this issue, Shift’s biology problem is solved but what his future is a more pressing question now that he gets to live.

Honestly, there isn’t much that happens in this issue but Saldin makes an effort to provide some great character work in Miles’ development. Family is still at the core of the book, and more and more we see why Miles deserves the title of Spider-Man. We also finally get a major suit change for Miles by this issue’s end that I absolutely love. It’s not just for the sake of giving Miles a new suit either. It feels like a necessary change, especially with the fact that several clones haven’t been running around in his old suit causing havoc. Miles Morales: Spider-Man #29 is a decent issue that wraps up some lingering plot lines. Nothing too flashy but it gets the job done.