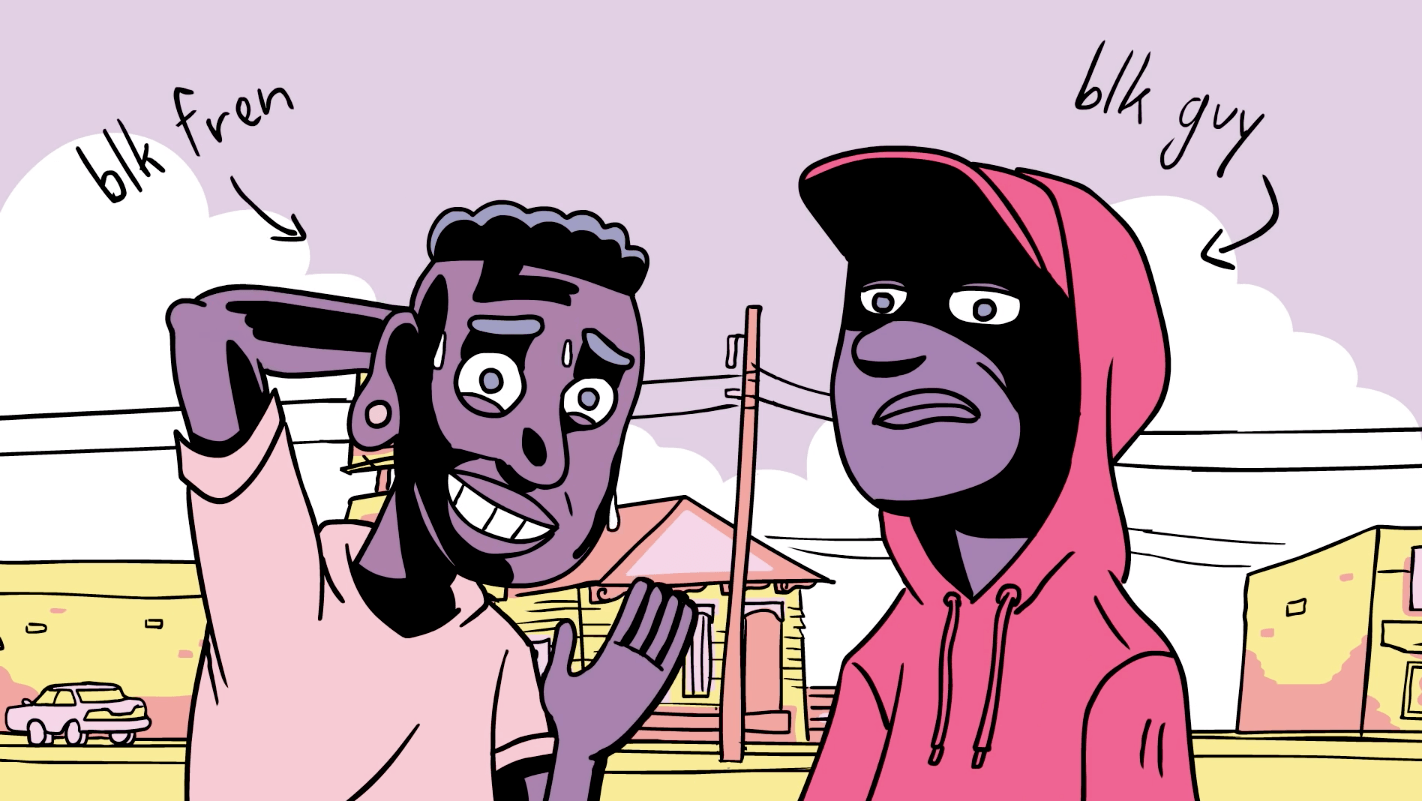 Does Facebook's banning protocol get anything right anymore?
968 Shares

-Update: It appears Facebook reversed their removal, claiming it having been a “mistake.” As far as we are aware, Facebook has not responded to publisher Silver Sprocket about their video being taken down in error. You can read more here.

On one end of the spectrum is Twitter, whose do-nothing approach to threats and harassment has left us perplexed and annoyed for years. On the other end is Facebook with an algorithm of mythical lore so complex and ever-changing that it’s basically turned into a sci-fi plot that openly doesn’t make sense. While Facebook seems to hide that it has no idea what it’s doing anymore with its “Community Standards,” the casualties of its takedowns continue to pile, and now includes the short animated film Your Black Friend. 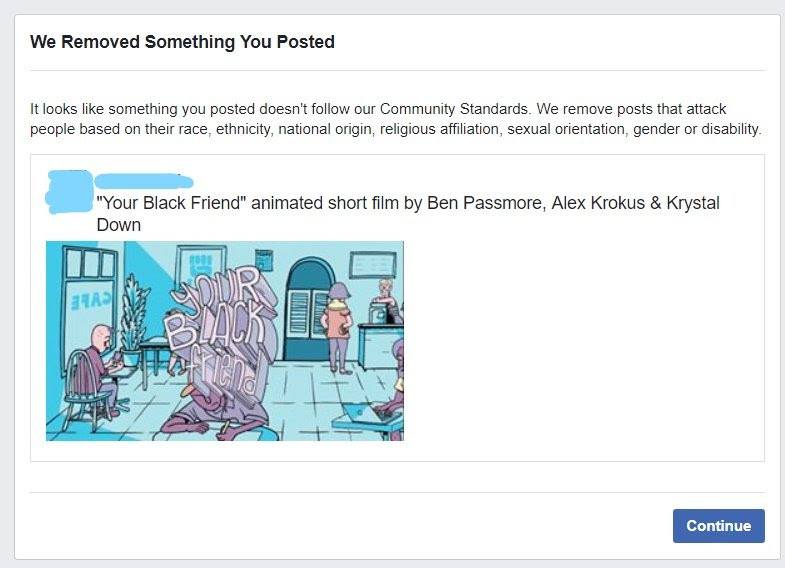 Your Black Friend is adapted from Ben Passmore’s award-winning comic published by indie outlet, Silver Sprocket. The story chronicles the alienation Black men regularly face as well as their challenges with anti-blackness. As Your Black Friend racked up views on Facebook and Youtube, Facebook seemingly decided the three-minute cartoon attacks people on the basis of their race, which presumably refers to white people. The deep groan you just felt is justified even more when you consider the work that goes into an independent production, particularly on such a raw subject as being on the receiving end of racism. Now add a platform with north of a billion active users a day deciding to cut you off from your audience. A fair question at this point is, has anyone not had a negative experience with Facebook’s takedowns in one way or another?

Your Black Friend also serves to promote Passmore’s upcoming 120-page hardcover, Your Black Friend and Other Strangers, that is available now for pre-order and will be on sale soon. While the clip is down on Facebook, it’s still up on YouTube. Watch it here: