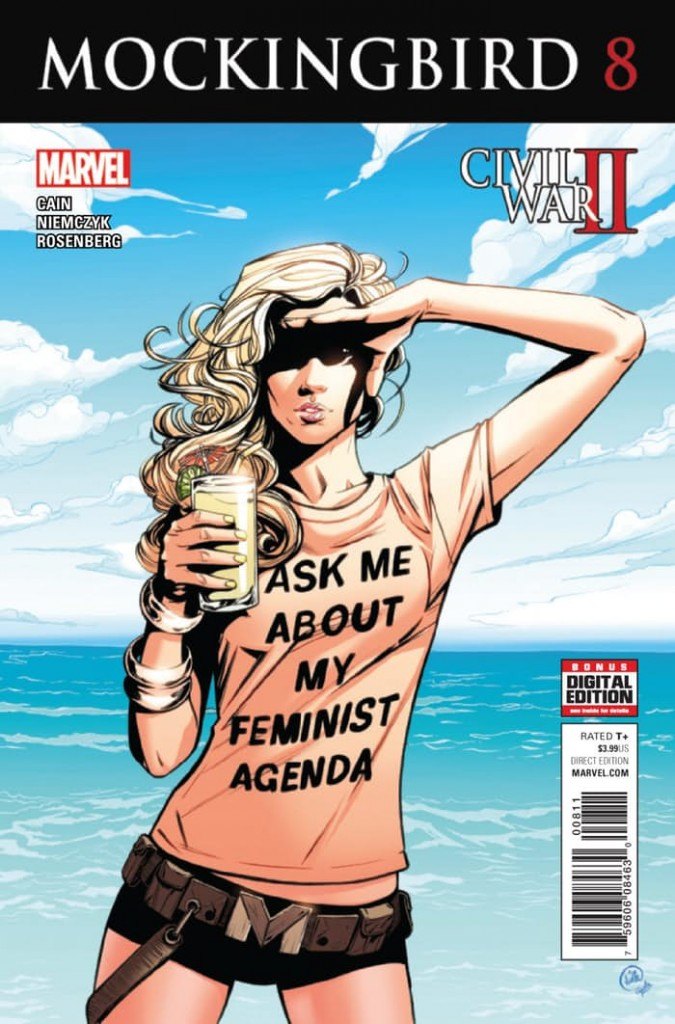 [quote_simple]With issue #8 we come to the end of Chelsea Cain’s Mockingbird comic.[/quote_simple]

I admit, I had a slow start with the comic, but it has become one of my favorites. This team, Chelsea Cain, Kate Niemczyk, and the rest have picked up a female super-spy who’s always been a tool in someone else’s arsenal and given us a full person — interesting, complicated, confident, and flawed. Bobbi Morse isn’t just a woman I want to know, she is a woman I already do know — just without telekinesis and a spear gun. Through the end, the team kept all their promises, most importantly, Bobbi:

[quote_simple]“….never suffer(s) an absolute lack of agency only as a means to move forward some other character’s narrative. She gets to be the one who wins.”[/quote_simple]

This is evident in this last issue. At the end of issue #7, the real mastermind behind the mystery reveals himself: Lincoln Slade, AKA the Phantom Rider. 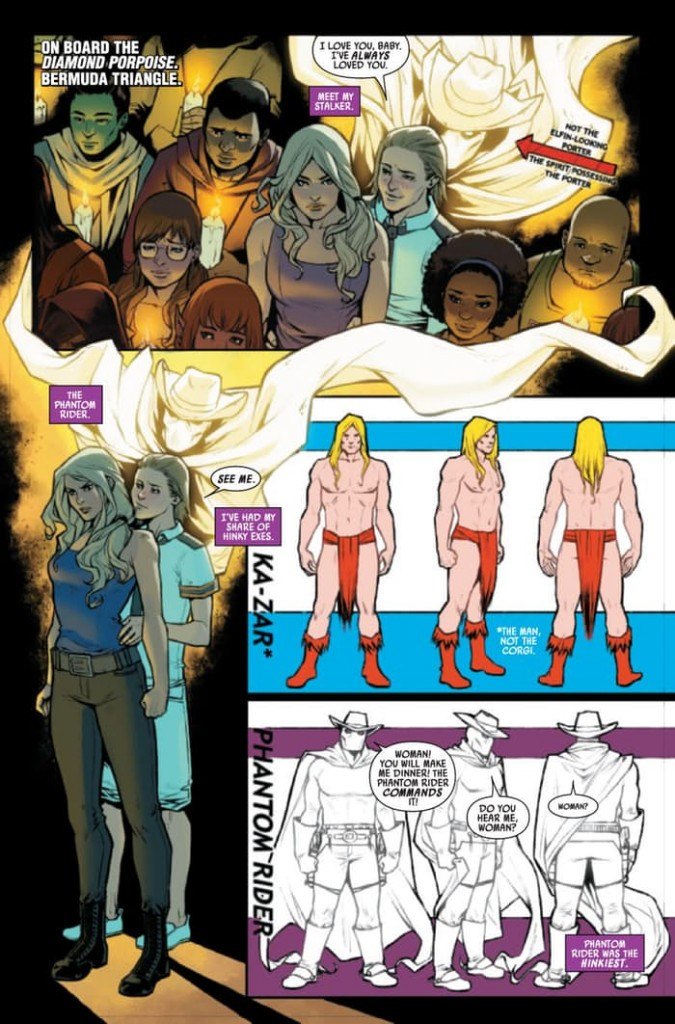 Slade can possess the body of anyone he is related to, and it turns out that Mr, Horsehead, Garfield Edsal, is a distant relation. So now the mystery is clear, but what does Mockingbird do about it? She out thinks him, out maneuvers him, and finally, she admits to her failings and turns that into a strength. This series has had plenty of punching and kicking, and a number of fun gadgets, but always the solution has come out of Bobbi’s mind. When you’re the only non-super-powered person in the room, you have to come up with better ways to work. The resolution to this one definitely exhibits that.

The wrap-up here is in keeping with the rest of the run — funny, sassy, Chardonnay-soaked, and corgi-filled. I enjoyed this comic so much and frankly I’m surprised and impressed that it came from one of the Big Two. If you can get your hands on the back issues, do so and see for yourself what a mainstream comic can be. You can read all our Mockingbird reviews here.