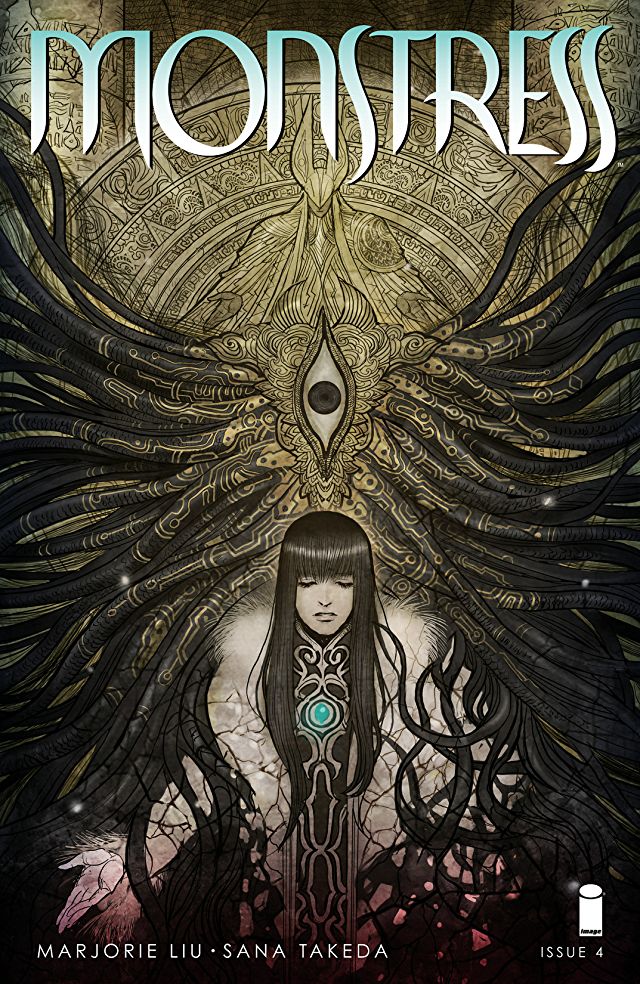 Gosh, Monstress is back with a new issue and I can’t stop eyeballing these pages. More grandeur, more elegance, and many more creatures and God-like figures to fill out the world that Maika and crew are traveling through and attempting to survive in. One thing is for certain: the world is a way more dangerous place than I originally assumed it was and the circles of important people and… beings have expanded once again.

Reading on further reveals just a tad bit more of the mysterious backstory of the…thing that lives within Maika and a better idea of the vast hunger it has. It’s one of the more terrifying entities in this comic book and whenever it attaches to her, things get out of hand fast. And usually it’s a mess. At times she’s reduced to just being dragged along as it hungers and annihilates.

Since issue one I’ve been reading and wondering about Maika’s sense of agency. There’s a great moment in this issue where she questions It and gains some understanding that it needs her and isn’t as omniscient as it boasts itself to be. Score one for our girl! (And for Kippa the scrappiest child who stays alive, tears and all.) On the art side, just when you think you’ve seen everything Takeda has to offer, she blows our minds once again when new characters just oozing with beauty and royalty. It was also a nice touch to add some of her sketches at the end of the issue (and to share some space with great fanart from the Monstress fanclub)

Also: Monkey king is everything. 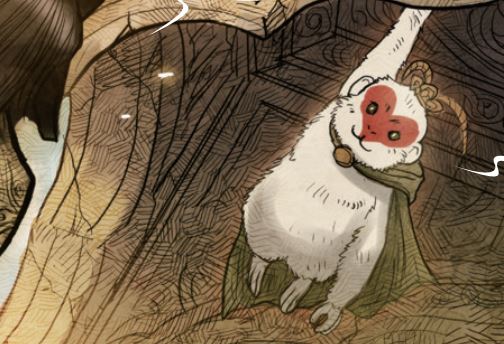