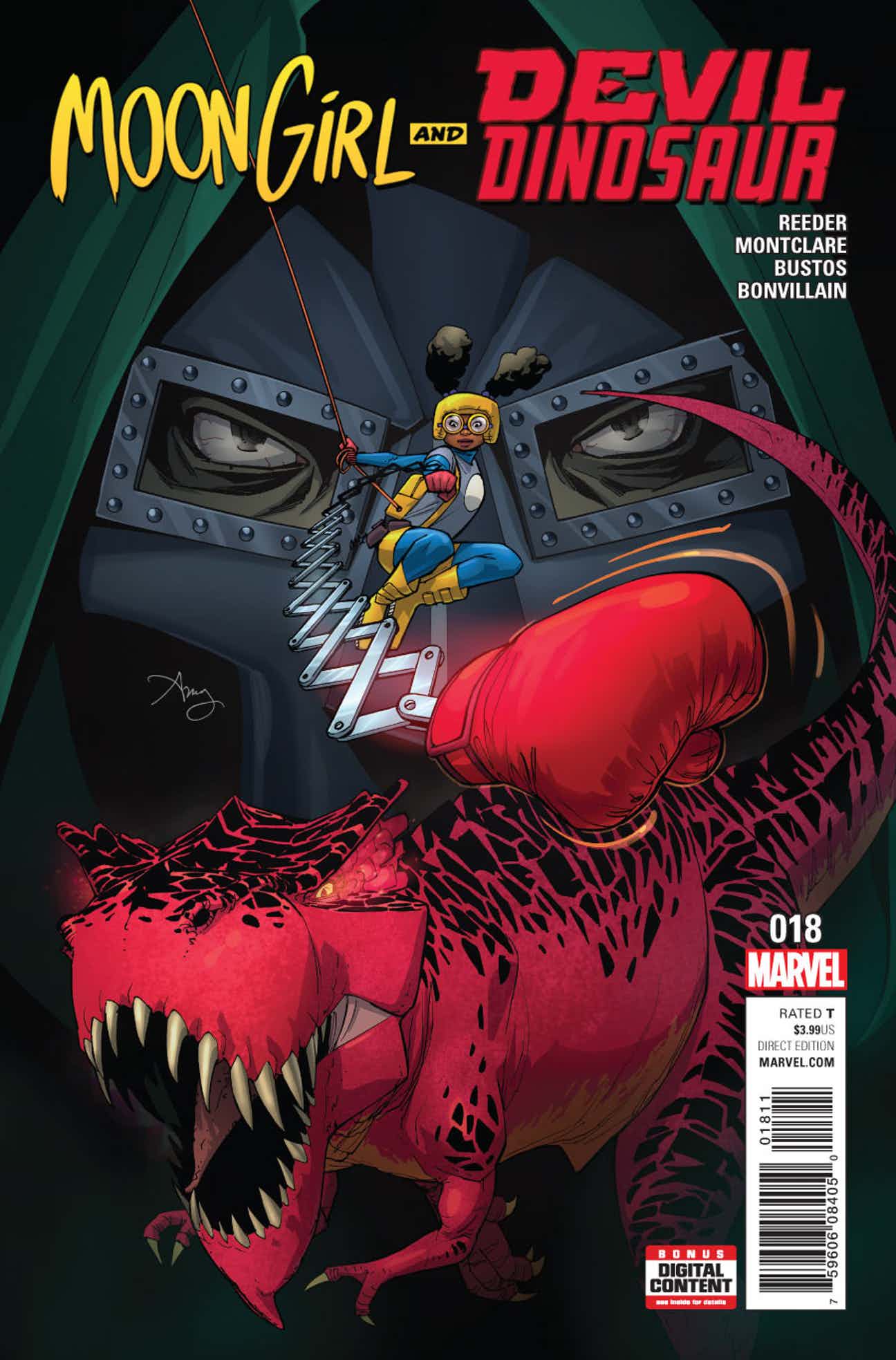 Moon Girl and Devil Dinosaur is a book so charming and endearing, it borders on being too good to be true. The fact that Disney hasn’t gone ahead and optioned this for a cartoon series is failure on an institutional level for Marvel’s entertainment division. If Descender and Briggs Land can sell their TV/movie rights off before their first issues even debuted, surely Lunella can get some silver screen love.

Issue #18 wraps up the whole “Smartest There Is” storyline with Lunella preparing for her inevitable showdown with Doctor Doom, though my sole complaint is that the conflict resolved itself perhaps a little too neatly. For someone who is the smartest person on the planet, the solution felt sort of straightforward, more so than the setup implied. But the lesson Moon Girl took from everything was well worth the read. It would have been nice to see more of the effect being a superhero is having on her family since they teased it for a page or so, but there’s reason to believe that it’s going to come back up sooner than later.

Natacha Bustos’ artwork is so versatile, taking commonly hard looking characters like Old Man Logan and Doctor Strange and softening them up while still having them look badass. As usual, the aesthetic remains amazing, keeping up with the overall feel of the book, every bit as adorable as the script.

Bottom Line: Even though the problem of the book got solved a little too easily for my taste, it has more than enough heart to make up for it. Still one of the best books a reader of could possibly ask for.

8 Yancey Street Cavemen out of 10