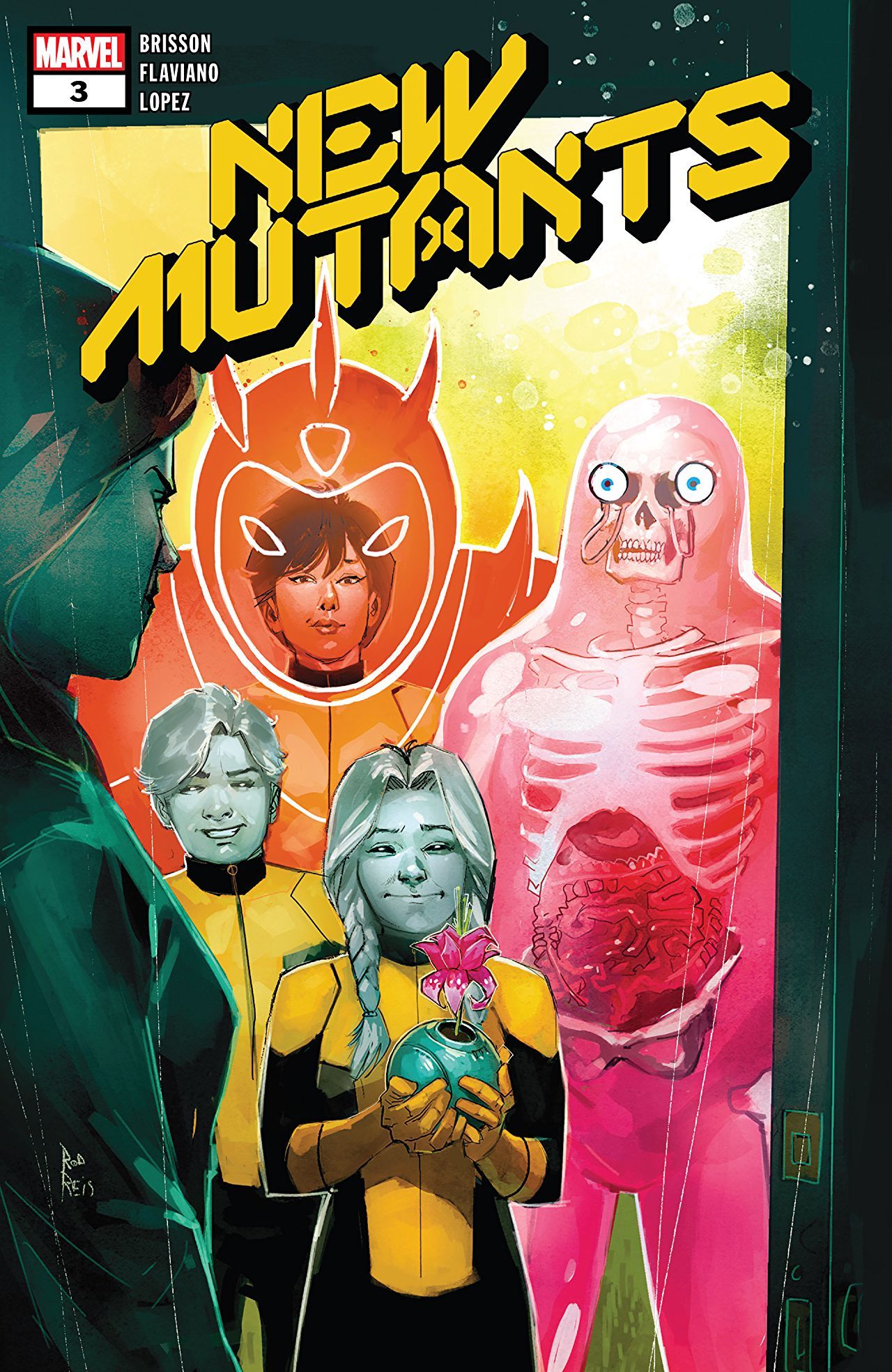 This was one of the most surprisingly awesome issues of any of the recent DoX titles. While the first 2 have focused on many if our favorite New mutants running around with the Starjammers, kicking ass, getting jailed and causing a ruckus out in space, this one features Glob, Armor and a few new faces! While I don’t love the artwork that accompanies New Mutants, I absolutely love the direction that they’ve decided to go in.

It all started out so innocently. Armor is just being a good, diligent mutant checking on all the mutants who have yet to make it to Krakoa, and once she comes across her old pals Beak and Angel you know she’s about to embark on a diplomatic mission to bring her old friends back. From venting sessions with Sage to finding out that Boom-Boom is the plug, you see Armor grow a bit right before our eyes. But in the end, its her youth and bravado that comes back to bit her in the armored ass. On top of that, our fresh faced twins Maxime and Manon can manipulate emotions, implant memories and can mind control others when they work in tandem. In short, these two are YOGA FLAMMEEESSSS.

It was cool to see the issue progress from what felt like an NBC “Day in the Life of a New Mutant on Krokoa” primetime special, to this emotionally charged miracle story, all ending in a do or die situation where the stakes genuinely feel high.

The New Mutants keep making the same old rookie mistakes, whether it’s on Earth or out in the cosmos. This most recent one results in a violent show of force. We witness the severity of the man vs. mutant war, and no matter the outcome, this will serve as the prime example of why you shouldn’t leave the greatest and safest island home a mutant could ever ask for.