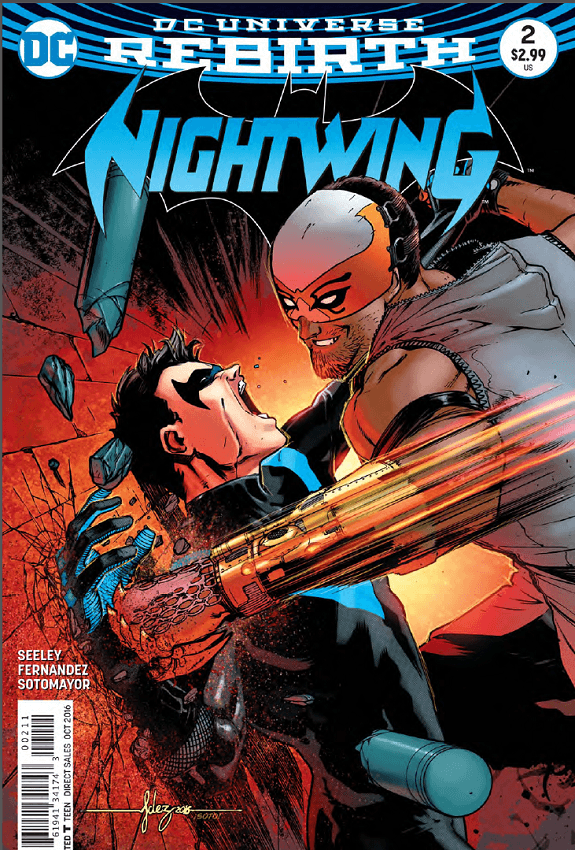 Off of the first issue in earnest of Nightwing returning to Gotham, issue #2 improves upon some of the themes set up in the introduction. Nightwing’s maturation as his own indpendent crime fighter trying to emerge from Batman’s shadow is meant by the inverse; his tutelage under the wing of Raptor. Raptor is Batman’s opposite in his rash and brutal execution, but possibly his equal in technique and resourcefulness. This is a smart play to give Nightwing the “other side” of mentorship, the line that Raptor is willing to cross, that Batman won’t sets up Nightwing to play in the “grey” a little more. The push and pull of what Nightwing is willing to do to protect his cover and still do what’s necessary for the mission gives a good tension to the plot and gives Seeley a lot of options with the character moving forward. 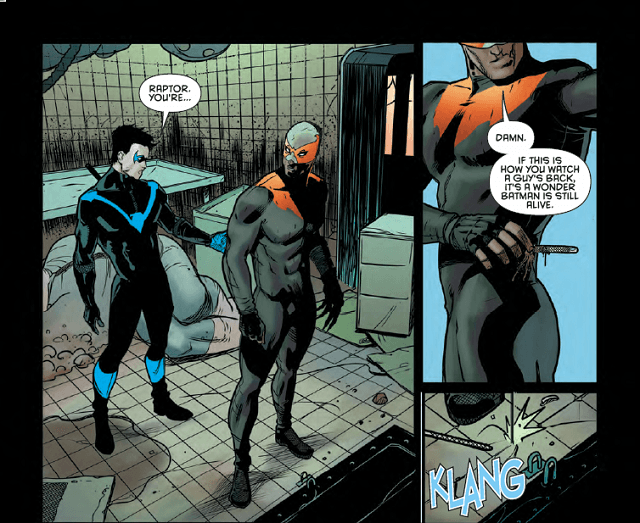 The art is coming along too with a lot of focus on the exteriors as Nightwing and Raptor do most of their work kicking people’s ass on a boat and platforming from rooftops. The interior suffers a little as the background is intentionally muted, but doesn’t make the art stand out as much as other places. Overall, it’s a good looking book, though I would like a little more variance between the character models of Nightwing and Raptor since they are seen in close proximity so often.

Nightwing looks like it could be a pretty enjoyable book with an original premise for Nightwing. While I doubt we’ll see Dick Grayson dip into Jason Todd territory, seeing Grayson with a little bit more moral ambiguity could be an entertaining venture.