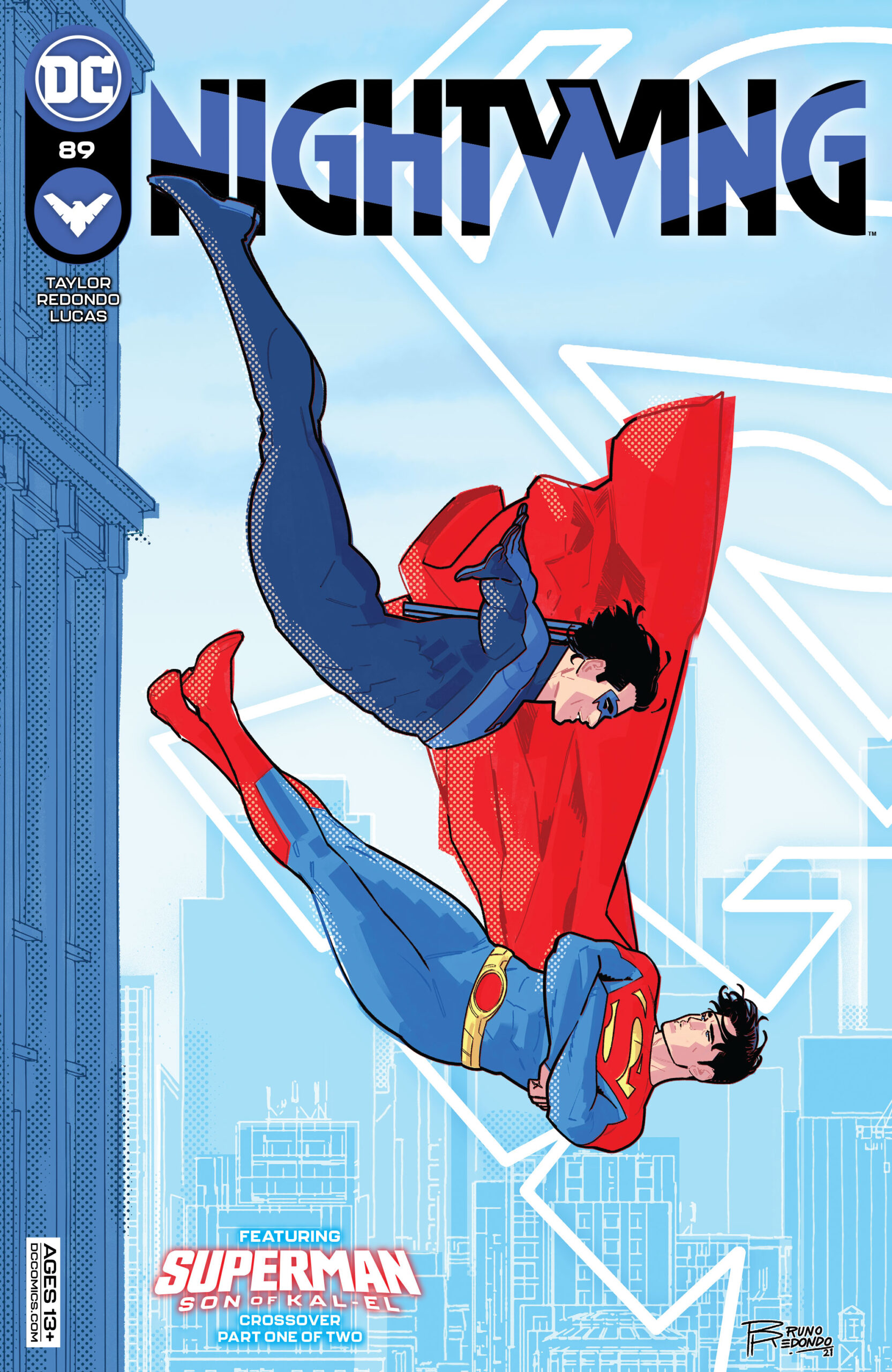 Nightwing, my favorite book, is back with yet another issue, and this one is a crossover with another Tom Taylor Book: Superman: Son of Kal-El.

Nightwing #89 takes a break from the main Nightwing story and instead we get a fun buddy adventure with the former Boy Wonder and Jon Kent Superman. The story revolves around some mysterious baddies killing super-powered people. Nightwing and Superman have to figure out who they are and why they’re killing people before they strike again.

Like all Tom Taylor stories, the story takes precedence to the characters. This is really a story about relationships, particularly Jon and Dick’s. Jon needs help with his father off-world. He can’t get his regular Clark Kent guidance, and the artificial holo version of our favorite Kryptonian in the Fortress of Solitude isn’t doing it for Jon. So Nightwing reaches out to see if he can help.

To really hit home their bond in Nightwing #89, Taylor shows us moments from the past when Jon was a child, and Dick was a new Nightwing, to show the crux of their relationship, which is a big brother/mentor type of alliance.

I don’t know how Taylor continues to do it, but he always gives us moments like these in almost every issue, that goes so far in reinforcing the audience into caring for these characters. I’m pretty sure this flashback with Dick and Jon was something Taylor made up solely for this issue, but it feels like something he pulled out of a book from ten years ago. That’s how potent it was.

Redondo and Lucas did a good job showing the audience that this flashback was far enough in the past by giving Nightwing an older look. He’s got a shorter haircut and that divisive red uniform that he wore during the New 52. Little things like that are small, but they really add to the validity of the story being told.

As I always say, I’m not usually the biggest fan of crossovers, but I’ve come to realize that anything Tom Taylor writes is absolute gold, so I will always be here for it when he’s involved. The second and final part of this issue takes place in Superman: Son of Kal-El #9. So, see you then!