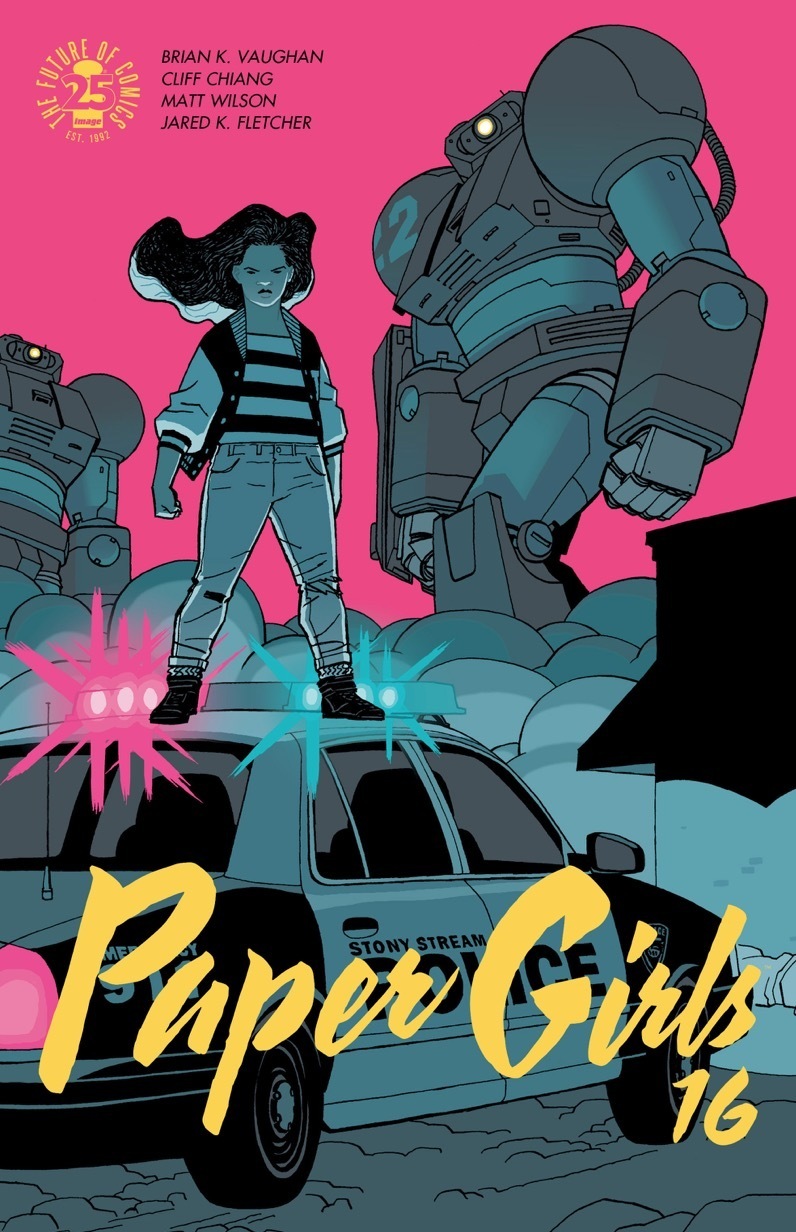 Month in, month out, Paper Girls is the hardest comic to review from being confusing and so awesome at the same time. It can be difficult to endorse a comic that can be so ineffable at times but here we are, month after month, with a new segment of the most engaging adventure comics on shelves. Paper Girls #16 begins a new arc with our girls in a new time, repeating a conflict we’ve seen a few times before now: one of the girls is separated – this time, Tiffany – and we get to learn a lot more about her past and the timeline wars as the rest of the girls hope to find her.

It’s the year 2000 and after having time-travelled several times now, the girls are starting to get the drill. Or, at least, they’re starting to have more confidence in investigating the mess they’re in rather than just scrambling to stay alive. They’re more poised now, detective-like, showing some growth despite always having been a smart bunch of capable kids. Still, the chaos follows them wherever they go and is never expected or predictable – neither by them, or the reader. Remember when we had a giant tardigrade back in Paper Girls #7? Add to the list a couple of giant robots, and Tiffany reflecting the sentiments of her audience:

Overall, the wildest, most confusing comic is the most engaging one out, and we can’t help but cheer for the girls as they – and we – piece together what the “timeline wars” mean and how they can solve them to survive as best they can. Cliff Chiang’s art is as great as Brian K. Vaughan’s dialog, and both work to play up whatever current conflict is in the forefront while building the world a little deeper as they inform the readers, piece by piece, this complicated world they have built. Read this comic. To ignore this book would be crazy.