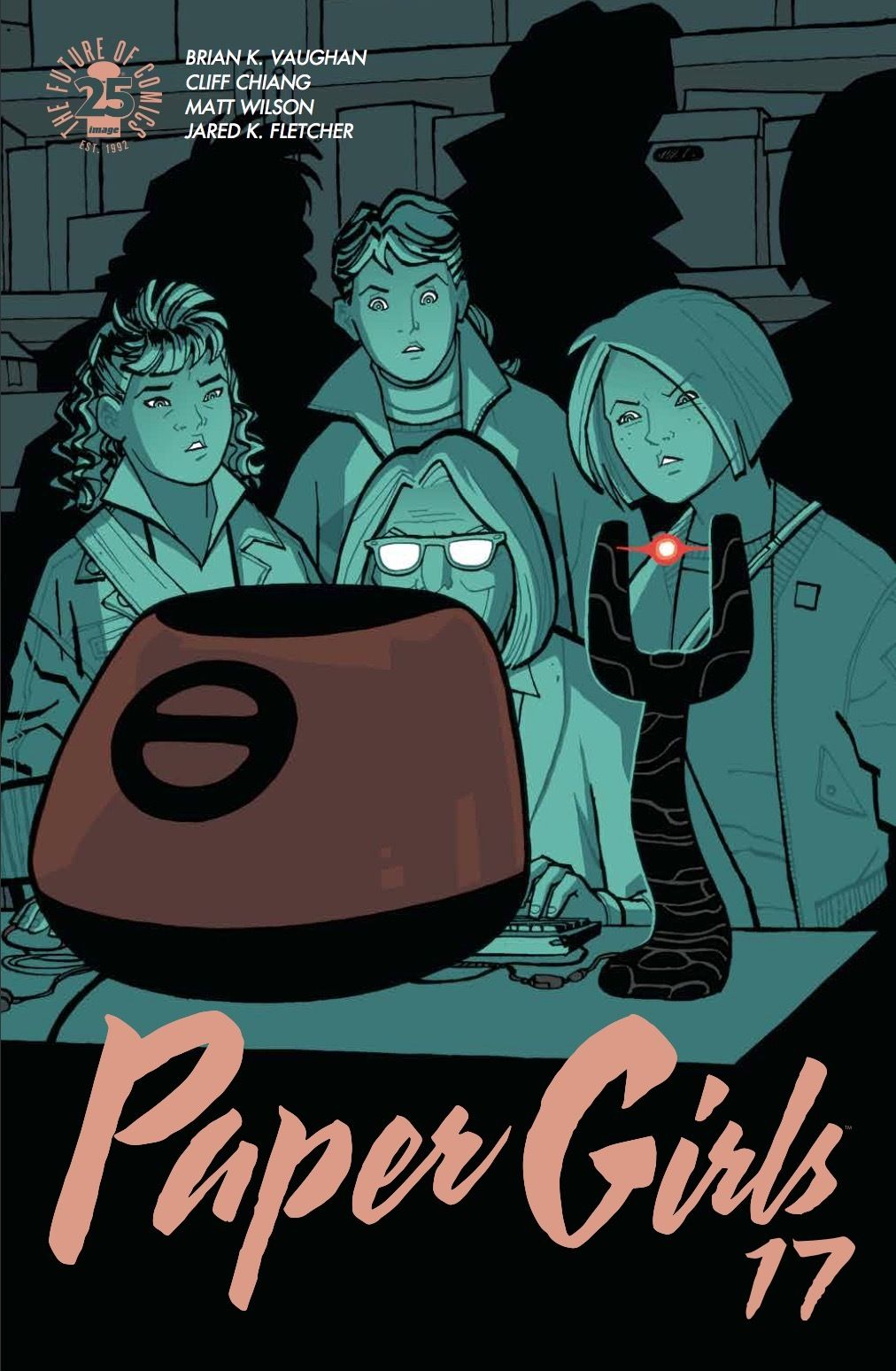 Finally, more answers! Each arc, the team at Paper Girls gives us an issue with more than its usual share of answers in a straightforward, decoded fashion. This is that issue, stating plainly what we have puzzled together over the last 16 issues: there’s a time war, and now we know the sides. If made possible, would time travel be immoral or acceptable to explore? A moral responsibility to explore, even? The time war is based somewhere within that premise as ‘old-timers’ fight to maintain the sanctity of time while the others seek to explore it. There are a couple prominent conflicts at once this issue, both that we’ve seen several times before: one of the girls is missing in time, and the girls – and, by proxy, readers – have a hard time knowing who they can trust. 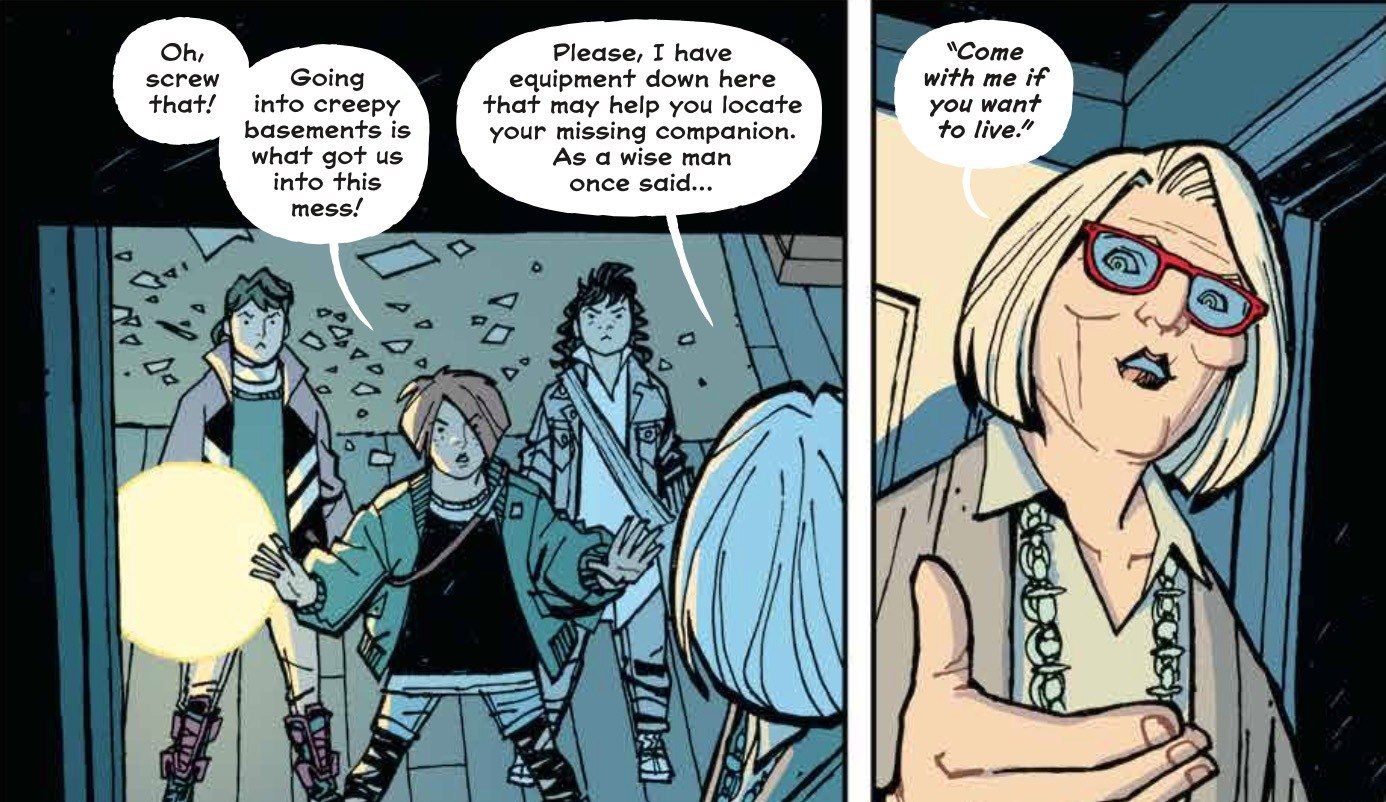 Both renewed conflicts remain interesting and useful in pushing the plot forward, especially here when laced with more direct exposition. In the meantime, Tiffany is the lone traveler without the girls’ new information and is learning the old-fashioned way through unexplained experiences and characters. Her job is the simpler, more pressing one: survival. 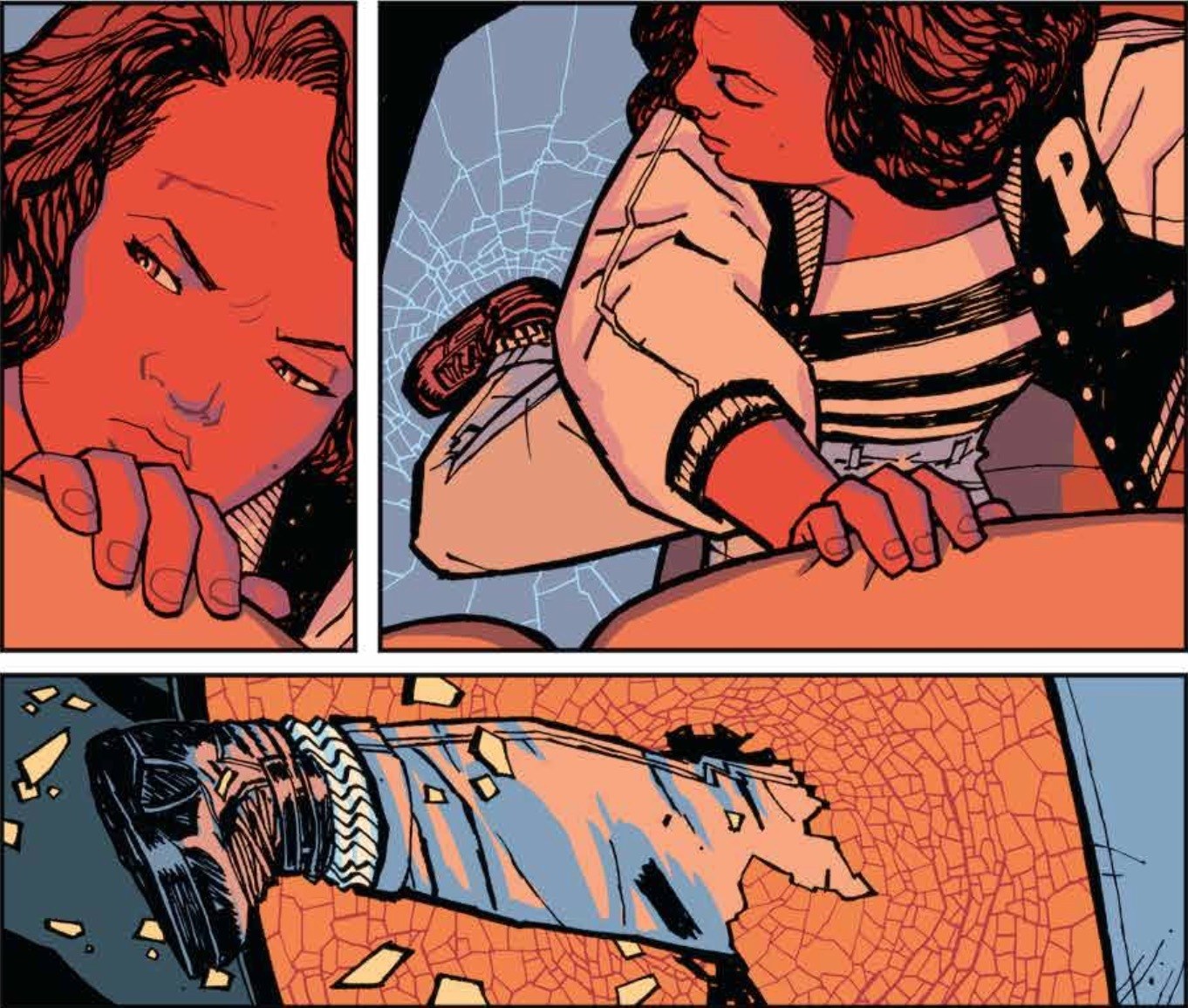 Artistically, the highlights of this issue are its comedy, including a hilarious pacing of panels between Mac and KJ that perfectly captures the charm of this series’ dialogue. While the exposition is more straightforward here the conversations remain natural, never a dry explanation clearly meant to give readers the information they need, and Chiang’s play on light and angles highlight the question of trust. In one scene, a new character may appear a kind old lady; in another, a deceptive old woman standing in the shadows.

Overall, a well-deserved boost to readers’ understanding of a comic we absolutely love. These bits of plot are doled out slowly, so whenever such information arrives it’s devoured quickly and whets your appetite to learn more. This is a game of patience though, so we may not learn much more soon. And the girls have Tiffany’s simpler, more pressing job at the moment.