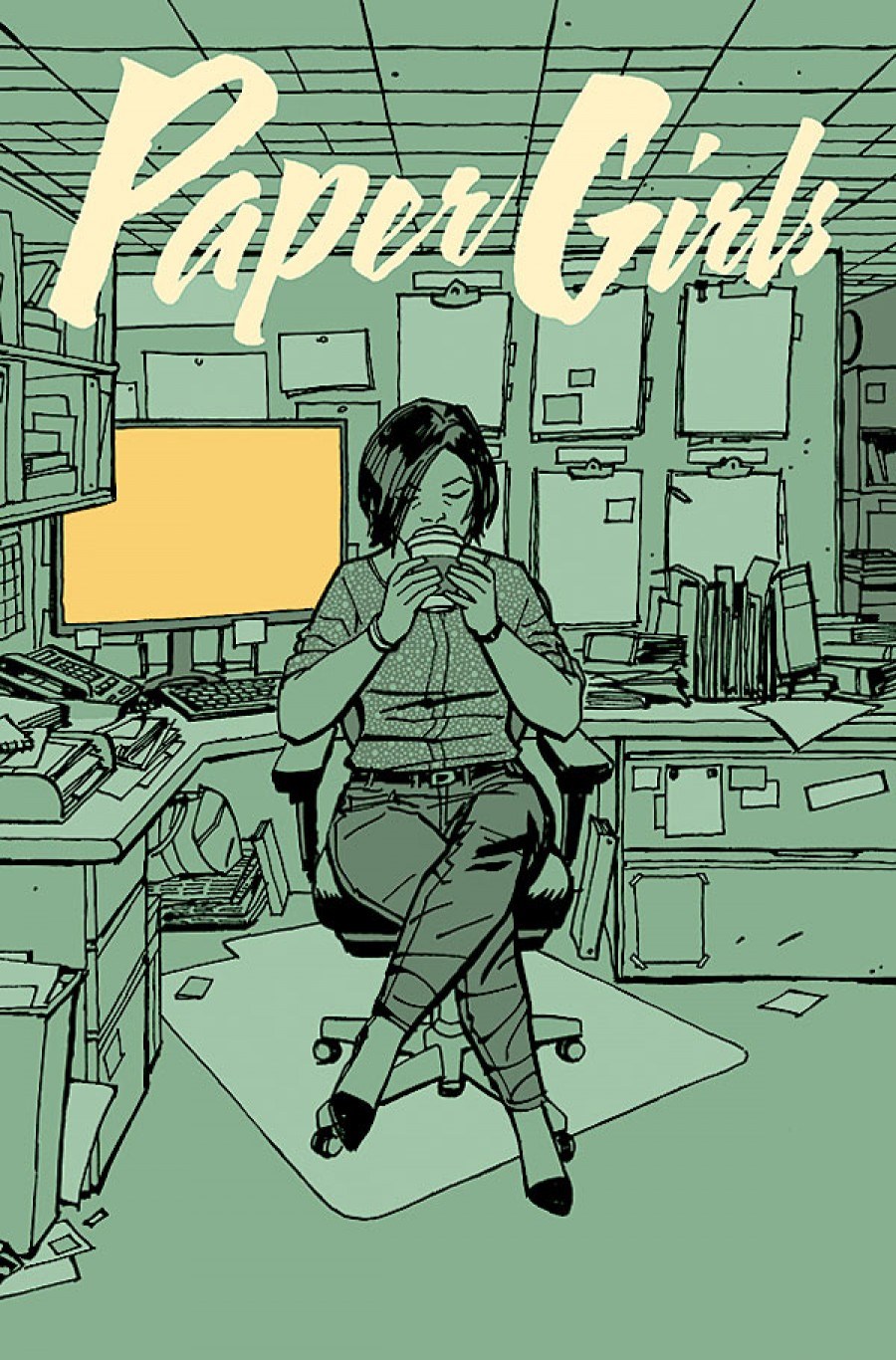 Time-space continuum, we meet again. In talking about Paper Girls #6 I have to include this bit of context as a reviewer – time travel is something of a plot-device nemesis of mine. When used properly, time travel can be an extremely clever device to drive a story and a thoughtful-provoking means to examine a present whose elements and actions we take largely for granted. That’s when time travel is done well. When it’s done poorly, however, time travel comes across as little more than a lazy gimmick that is more frustrating than enjoyable, and for some, like me, it can ruin an entire story with inconsistency or unclear rules.

It’s clear now that time travel is the key focus of Brian K. Vaughan’s Paper Girls, and that both excites and worries me. In issue #6 we find the girls in the present – our present – having been launched forward in time from the 1980s. It’s yet to be seen how the series will handle time travel rules, which will now almost entirely determine the quality of this book as such a heavy plot device, but so far there’s been a few signs that point in a good direction. Perhaps the most interesting element of Paper Girls’ usage of time travel is how we see our present through the girls’ eyes after five issues that set the series’ foundation in the 80s. For readers old enough, seeing the juxtaposition of an 80s setting against the modern day is pretty cool, particularly seeing it through the eyes of kids, and even more so for the many readers who were kids themselves during the decade. How fun is it to put yourselves in the shoes of KJ, Erin, Tiff, and Mac, imaging what you believed the future would be like and then seeing the real thing?

Separated from KJ, the girls are trying to track her down and figure out all the craziness that’s happening at the same time. After a few deaths of characters that proved to be relatively less significant to the overall story, we’re now being introduced to a couple characters that are sure to be critical, so we’re finally getting to the meat of the story. A lot of the confusion that came from the puzzling start of the series should begin to give way to answers, setting rules for what happened as the girls figure out the mess they’re in and try to find their way out.

Will Paper Girls be about their survival? Getting back to their own time? Effects to the time continuum, their implications, and what it all means? What kind of story will Paper Girls be? A cheap time-travelling gimmick or a mind-jarring look into the future through the eyes of our four leads? We’re going to find out soon, and I look forward to the payoff of trusting our writer with offering readers such little information. In the meantime, the characters are enough to keep me invested.