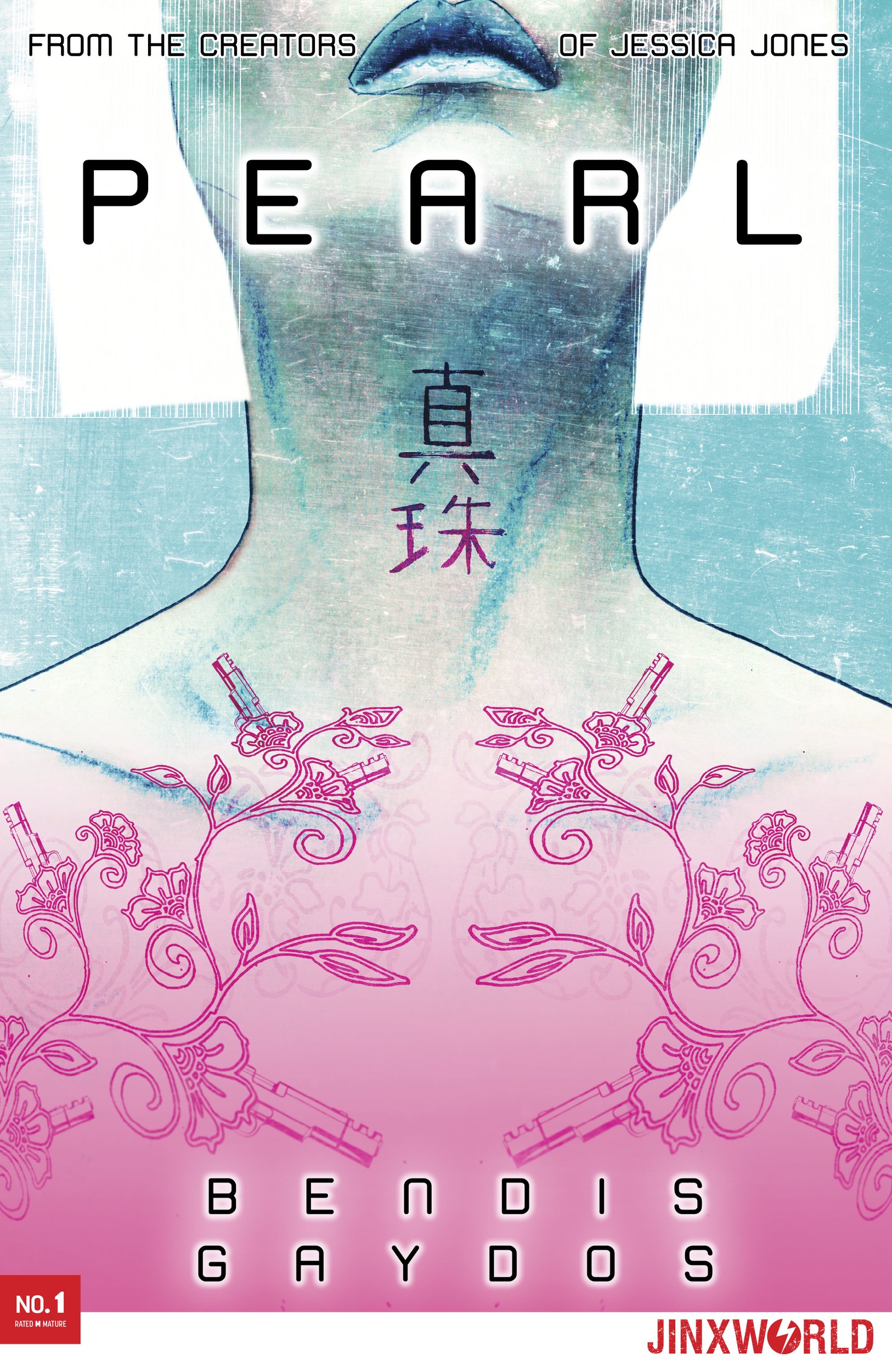 You ever started watching an anime that was just troupe-soaked. The first thirty seconds in you’re like, “I know what this is”. And after a couple minutes, “Yep! We’ve been here before”. By the end of the episode, “That turned out exactly as I thought . . . and it ROCKED!”.

That was the feeling I got reading Pearl #1 by the indomitable Brian Michael Bendis and Michael Gaydos. Side note: I’m glad to live in a world where “From the creators of Jessica Jones” is a tagline that gets people interested in a book.

Pearl opens with a gorgeous young woman with bright, porcelaine skin and a unique tattoo. A young man notices the body art and is enamored, recognizing the elusive, almost mythical artist. Now one of two things happen and I’ll let you guess which.

Option 1: the two hit it off and have a flirty, uneventful back and forth before they hook up and go their separate ways.

Option 2: Things get violent, someone gets shot and lives are upheaved.

Pearl reads as a classic story of a mysterious, beautiful woman thrown into extortion and conflict by forces beyond her control. On its own, it wouldn’t be enough to warrant the excitement this book swells in me. My rule of thumb is, “If you’re going to tell a classic story you’re dialogue and art need to be on point”. Enter the Bendis and the Gaydos. This creative team weaves the hell out of this story.

A book heavy with conversation with an explosion of action creating a tense dialogue is where Bendis shines. Comically amusing when it needs to be and terrifyingly tense when necessary. This is what happens when a writer has the freedom that comes along with a world created from scratch. Gaydos explodes in this book. There is an admitted boredom seeing characters drawn as they’re just talking. Gaydos overcomes this difficulty with a masterful capture of emotion in close up facials and a color scheme that is simply entrancing.

The icing on this book is the intertwining art theme. Tattoos are the general focus. Pearl’s superficial beauty is focused on to an almost obsessive degree by the other characters. Wrapped in a book with stunning art, this book promises to impress.
P.S. The book ends with a rerelease of the first Batman comic that Bendis did with art by . . . you guessed it, Gaydos.

Reading Pearl? Find BNP’s other reviews of the series here.