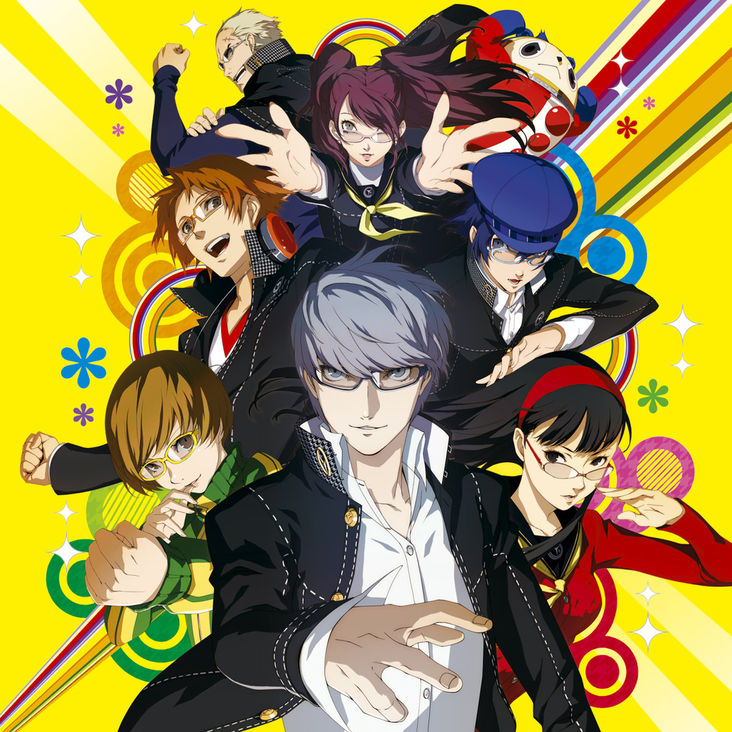 The Golden Curse Has Been Lifted!

My world shook once more when Persona 4 Golden broke the Vita curse and fell into my lap on Steam on this wonderful year of our King Frost 2020. It came as a surprise at first, because the Persona fandom knows that rumors just be dropping out from the sky. We see it all the time. The people on Twitter begging for the Switch port that we (secretly) know will never happen, and those who swore up and down Kasumi was going to be a female protagonist. But, alas, they listened to one of our cries. Now I know many folks that hopped onto the fandom after Persona 5/Persona 5 Royal and to y’all I say:

Welcome to The Velvet Room.

The first time I ever played Persona, it was around June 2014. I just finished my freshman year in college and I haven’t owned a Playstation console since the PS1. I wanted a handheld game system to help me deal with my anxiety problems. I figured this would be the best time to buy the PS Vita since it was relatively affordable. While scrolling online for game recommendations, a friend from high school initially told me about Persona 4 Golden because of my deep appreciation for an in depth story-line. “Sure,” I thought.

I’m usually kind of iffy on turn-based RPG games unless it was Pokémon. But considering how quirky it looked, I figured this was up my ally so I should give it a go. For the first ten hours it was just a game to me. It was fun watching teenagers taking initiative to solve mysteries in unconventional ways and face their problems head forward. Then, slowly but surely, like the English major I was, I started to break down the metaphors and devices that the creators used to tell the story. 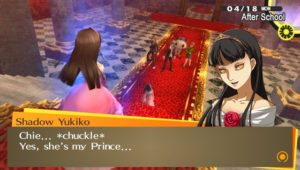 What was the “Midnight Channel”? I knew it meant more than just a negative reflection broadcasted onto a television screen from the meta-verse; but what did that mean in regards to self reflection?

Trouble at the Midnight Hour

What did the “Midnight Channel” offer these characters? I often thought about: What would the Midnight Channel look like for me if I was inside of that world? Are there internal demons that I know exist that I refuse to come to terms with? Granted the Midnight Channel was an exaggerated version of their fears and perceptions but it made me think like, imagine this for real…

If somebody that look and sounded exactly like you read you to filth in front of your friends, what would you do? At first I thought “I guess we finna throw hands or something” Because honestly if you going to have the galls to call me out in front of Yukiko, Rise AND Naoto The Detective Prince? We gon’ have some problems.

But in all honestly the Midnight Channel was a great introduction towards my journey into my relationship with perfectionism versus realism. The fog served as a metaphor for self-concealment. Throughout the game we see the characters use the word “truth” in a number of ways. This ranged from: “What is your truth?”; “What about your truth are you willing to conceal?”; and of course “Are you willing to reveal a truth that will potentially destroy the perception that society upheld for a long period of time?” Persona 4 Golden made me reflect on self righteousness, appearances and a willingness to grow and change.

When the fog lifts and the chaos remains

I didn’t recognize how much of an impact the game would have on different aspects of my life. Each time I finished a play-through, it felt like I was able to take something from the game and apply it to my own experiences.

It was October 2016, midterms just finished and I booted up the game to relax. It was election season and there was this uncomfortable aura that crept around. It did not feel like previous election years. This would be the first presidential race that I was old enough to vote, and let me tell you, it was the most confusing yet the most American sight I have ever seen. I started thinking about how we’d seen the last two sessions of Obama as the American fog, that was about to be lifted from the metaverse. America has this thin veil, that is so deadly and it is still not portrayed in its greatest form.

When you step foot into the metaverse, you’re forced to see your faults for what they are. The Midnight Channel is a metaphor for a media-based mask. It proves that when the screen goes black, your true nature will tell on itself. Media is often treated like the middle-man to perception.

It is both the scapegoat and the instigator.

Every day I started to see how the fog became more and more like a prophet. You know that moment, when disaster repeats itself over and over but sometimes it is more spread out than others? Consistently trying to figure out ways to at least reduce the fog little by little or get rid of it entirely? Problem is, it disappears and takes on a new form and a new name. So when I finished my playthrough of Persona 4 Golden three days before election day 2016, it was not surprising when the fog lifted from our television screens. The next morning I woke up to the one professor that never cancels class, canceling class. I knew immediately the grief that I would step into when I opened my door. 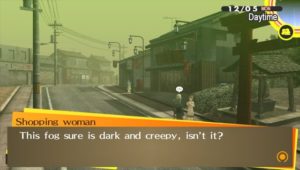 The day after the 2016 election, Brooklyn was thickened with literal fog.

It was hard to see buildings, cars had their high-beam lights on. To anyone else this might seem like a normal occurrence. I should note that I have only seen fog in Brooklyn four times in my life. So when I stepped onto my college campus, it saddened me when the fog felt familiar. It was the first time I saw fear fall onto Brooklyn. The first thing I thought to myself was, “Wow, sometimes your favorite video games be knowing.” Getting a chance to play Persona 4 for the first time again, in yet another election year, I think about the white professors that tried to ensure us, “we would be fine”.

And Alas we were not.