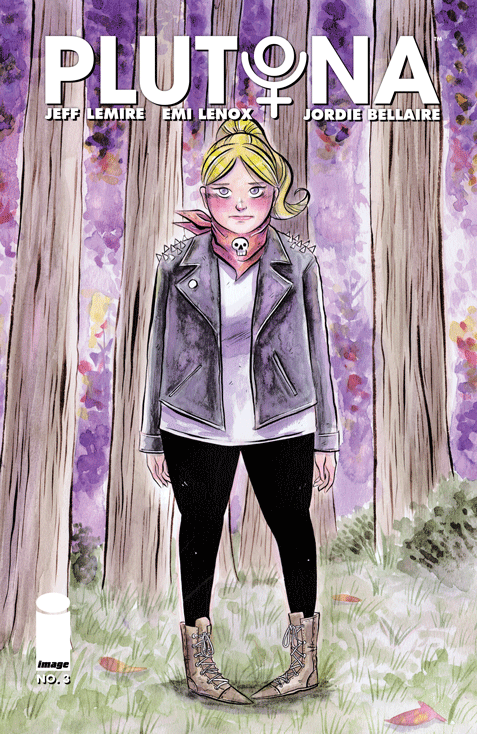 Going into issue #3 of Plutona, we begin to be able to recognize certain patterns; each cover highlights one of the main characters, for example, standing straight as if in a line-up, showing a little of the character’s essence while reiterating their importance to the series. We see our early impressions of the kids validated as well, like a cigarette-smoking Mie being dismissive of the pushover Diane, reiterating their status as them as the brusque-leader-meets-meek-follower duo that makes your heart go out to Di and hold hopes that Mie becomes a softer person. 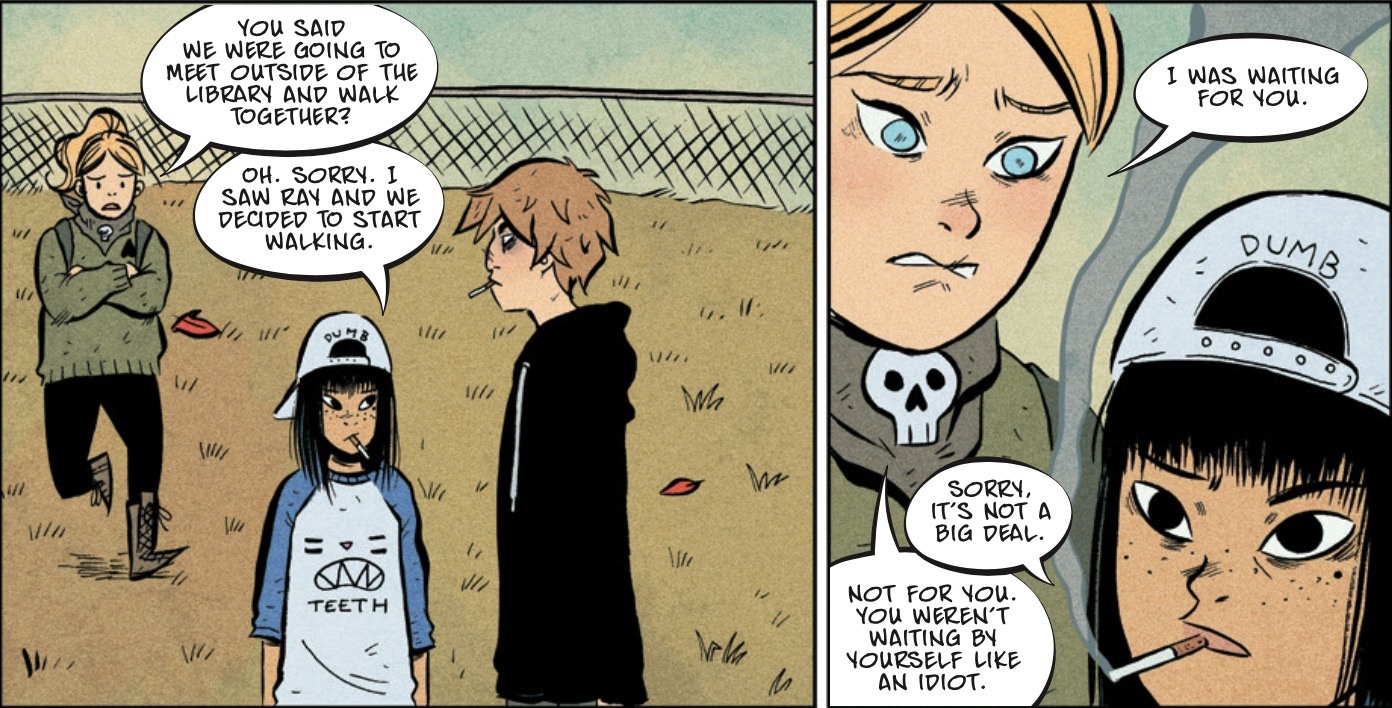 Those patterns all point in a positive direction, and by now readers feel comfortable with whom they’re reading… and with that comes expectations. And with expectations comes room for surprises.

There continues to be a lot of subtle mystery in Plutona, much to do with there being an entire superhero world in the backdrop of the series. While our attention is focused on 5 kids in small-town America, there’s a whole war going on between heroes and villains we rarely see. How many are there? What’s the extent of their powers? How much do they interact with regular people? It would be easy to assume this world mirrors that of Marvel or DC, but that would be cheating the series from controlling its own universe, misleading yourself as a reader, or likely both. 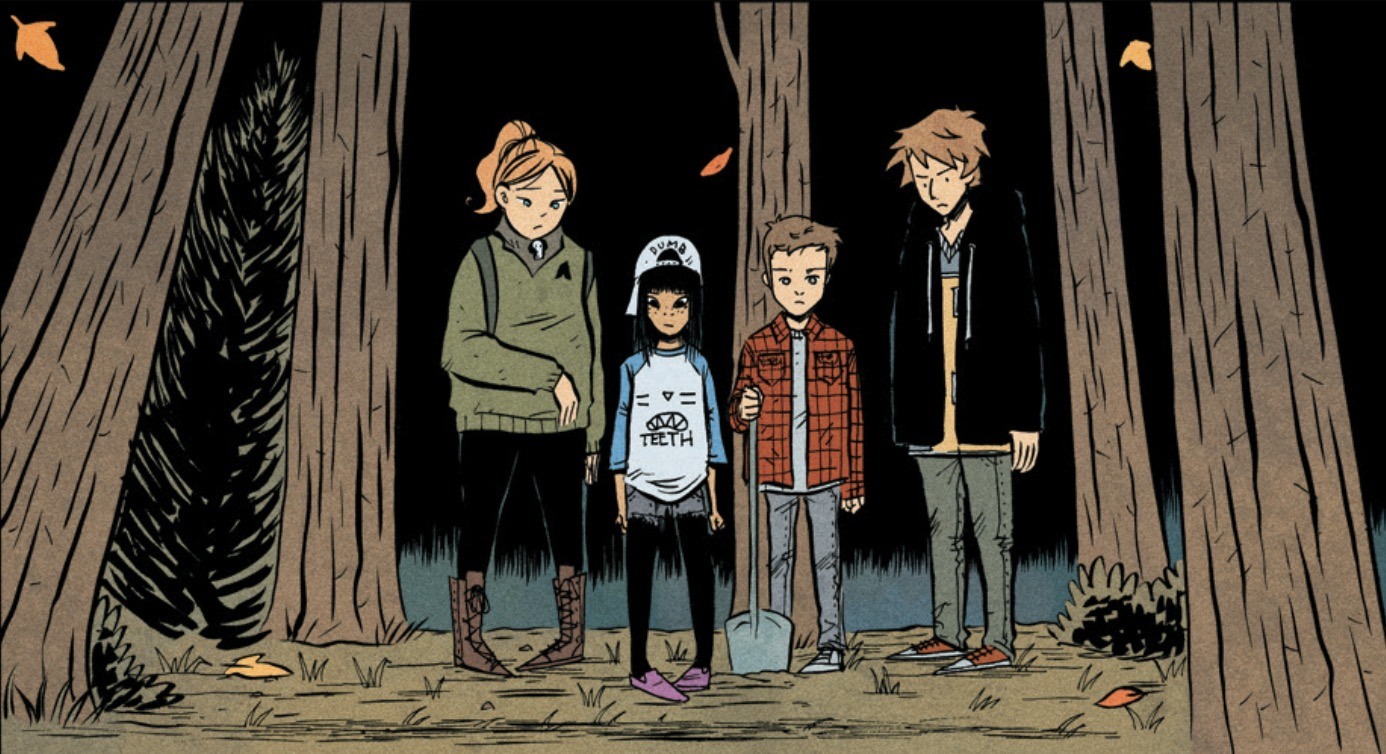 Oddly enough, the least interesting aspect to me personally thus far is the actual backstory to the character Plutona herself. It seems we’ll continue to see flashbacks of Plutona leading to her being laid out in the woods, but even with as good as the writers have been with space management, there just isn’t enough of it to really develop that backstory. Instead, readers get snippets so short that they likely forgot what even happened in the previous one. It doesn’t hurt the series too badly because the present-day story is still great, but I’ve been very “meh” on the flashbacks thus far. They just don’t have the time they deserve. In the words of Ron Swanson, “Never half-ass two things. Whole-ass one thing.” Fortunately for us, the important part is still good.

Reading Plutona? Follow along with reviews of other issues here.