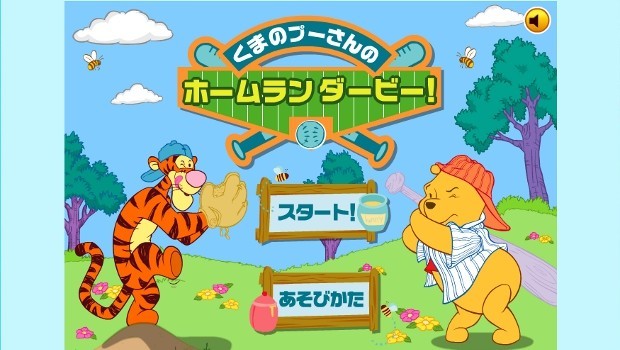 This is a not a review of a free web game called Winnie the Pooh’s Home Run Derby, which should be called Pooh’s Hellfire. Or maybe Pooh’s Heffalump Hellscape would be a better name. Anyway, this is a warning — and Bear with me on this, this game is a handful. If you’re not ready for it it’ll consume your soul. YOUR SOUL, SON.

Now looking at the picture you’d think it was a cute, fun, wholesome game, right? WRONG, this shit is death incarnate. Death coated in cutesy Disney characters? Maaan, lemme tell you. I had heard of this game through word of mouth so I went and checked it out. You can play the Japanese version (which is the version that most have played) here. The English version can be found here (or Googling Pooh’s Home Run Derby, it’s easy to find).

I took my first swing on the mound against Eeyore. Eeyore was extremely easy. So easy, in fact, that I had a bad feeling. A sickening feeling in my stomach that wasn’t just a rumbly in my tumbly. I would later find out that with this game all is not what it seems. 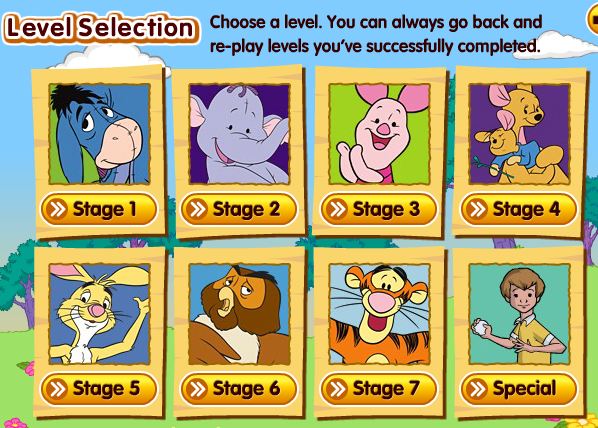 There are seven stages in this game — seven trials and tribulations you must endure before you get the privilege to face Christopher Robin for the title of Home Run Derby Shogun. Each opponent gets harder and harder and their pitches get crazier and crazier. Some pitches just have a slight curve to them. Some pitches go slow and some go fast. THEN you get pitches like that punk ass Owl that go fast and zigzag at you like a damn heat-seeking baseball.

Then there’s Tigger. T-I-Double-Guh-Er. Tigger’s pitch is like fighting Perfect Cell after fighting Garlic Jr. The game doesn’t prepare you for it. The game was basically babying me until I got to Tigger. Dude’s pitch disappears when he throws it and you just have to swing and hope to Shenron that you hit it. It’s insane but I pushed on through the Valley of Death only to find Him.

Christopher Robin, my best friend through thick and thin, would turn out to be my greatest adversary. He has EVERYONE’S pitch. Every single pitch that you’ve seen so far he has them all up his short evil sleeves. I was overwhelmed and I was defeated.

I felt betrayed, belittled, and broken. I hadn’t suffered a defeat like that since the great Beyblade war of Ba Sing Se but I tried again, and again… and again until finally the moment had come.

It was me and him in the grand finale of my story. To the victor go the spoils so they say, and I was the victor. Honestly, it’s all a blur I don’t even remember how I defeated him. All I remember was thunder, lighting, and a plethora of noises. All of my anger, all of my pain and suffering exploded into Pooh’s baseball bat and when he threw his pitch we hit our last and final home run.

Then silence. Pooh and I had done it. We defeated the impossible evil that is Christopher Robin and saved the Hundred Acre Wood from his tyranny. No longer would his pitches create terror for any more residents of the woods. No more… No more.

This game is hard, there’s no doubt about that. Some even say that the Japanese version is harder than the English version, but I don’t know how true that is. This was not a review this was a warning. So please for the love of Exodia, play at your own risk and don’t give up the fight.