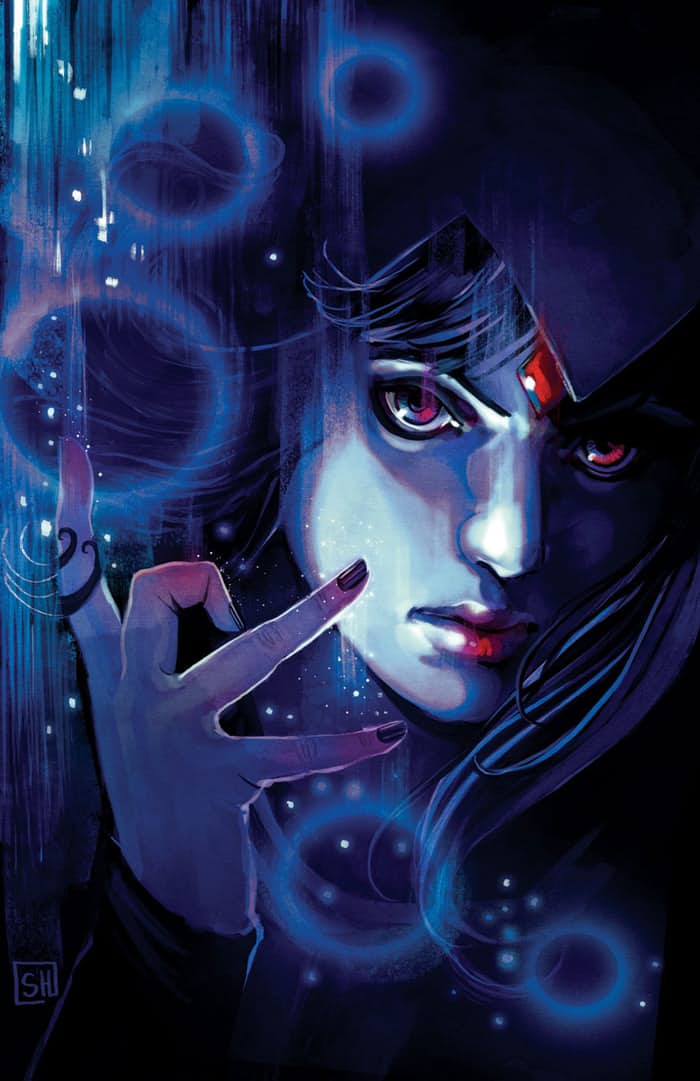 For its penultimate issue, DC’s great miniseries focused on our favorite gothic Teen Titan title Raven leaves a lot of questions still unanswered. Through the series Raven has grown a degree of closeness with her adoptive family in San Francisco, as they are truly good-hearted and caring people who took her in as one of their own, unaware of her superpowers and Teen Titan affiliation, knowing her by the name Rachel. Her newfound trust in family is an effective balance against her prior understanding of family – namely, Trigon, her father, whose evil essence is buried inside of her – and makes for a compelling inner conflict that’s the theme for this issue: does Raven have to embrace her evil in order to do good?

As a mysterious orb claims the lives of 27,000 people in San Francisco and counting, Raven believes, in desperation, that the evil power within her can be enough to stop it. That, of course, would create a new problem, as her father’s essence is pure evil and would want to turn and destroy humanity itself. So what’s a girl to do?

We’re bound to find her answer in the series finale in Raven #6, but it’s surprising just how much is being saved until then – particularly the answer to what the orb is to begin with. To save the orb’s origin and Raven’s means to overcome it is to really hold your cards to the very last moment and make for a weaker issue here that definitely adds pressure to the finale to cover a lot of ground in limited time. To its credit, each issue of Raven has been filled with emotional drama, dry wit, and action that made them individually entertaining; the build up has been tense and well paced, yet I suspect the ending will have little choice to be anything but abrupt and leaving us wishing Raven had gone the route of a Game of Thrones formula, dropping the ax with time to wrap up a proper aftermath.

Artistically, the series continues with Neves who captures the high-stakes emotion from Raven’s family and, even better, Raven’s inner struggle as she begins to transform into the thing she fears most.

Overall, Raven is still on track to likely be my favorite miniseries of the last year. A lot weighs on how well it can stick the landing without feeling rushed or incomplete, but as an insight into Raven and her character development through a single story arc, Raven is an accomplishment. Look forward to the series finale, keep your fingers crossed for a proper ending – including the mysterious girl from issue #1 – and be glad you’re reading this book.

Reading Raven? Catch up on BNP’s other reviews of the series here.