Aku Aku from the Crash Bandicoot games is pretty much the equivalent of the Super Star in Mario games. He’s the platforming pick-me-up that everyone needs. Crash Bandicoot and Aku Aku are like Mario and Yoshi. One is the star and the other is used to get ahead. Aku Aku has accompanied Crash on various adventures traveling through time like they were in Assassin’s Creed, working together to defeat Neo Cortex. What makes this voodoo mask so important is that he can literally save your life in the most intense moments. 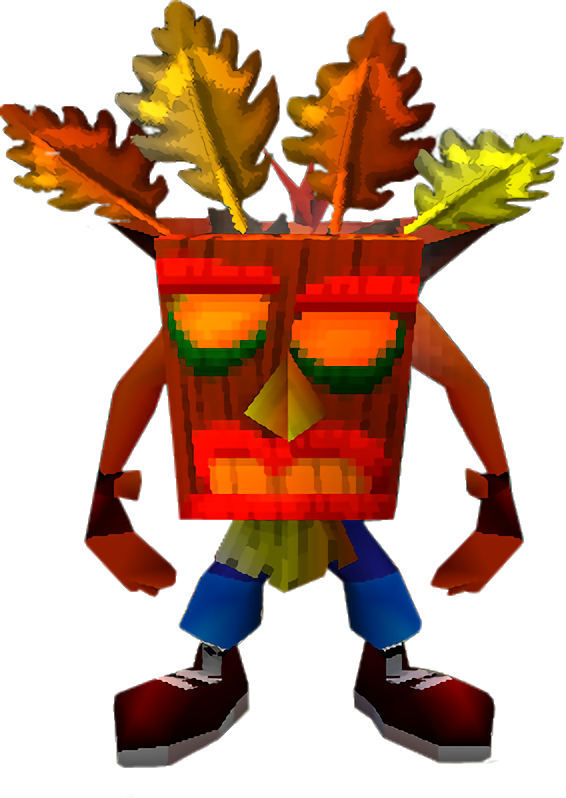 Let me tell you why Aku Aku is so great. He gives players an extra leap at durability. Kind of like a safety net between touching something hazardous and instant death. You must free him from the many crates scattered around to acquire his help. What’s even better is that when you find one of his clones while already having him at your side, it doubles his effectiveness. This gives you two extra hits.

At the same time Aku Aku comes decked out in yellow and red feathers with some gold highlights around his body looking like cash money! When you cop a third Aku Aku, it’s a wrap. He attaches himself to Crash’s face. Mask off? F*ck it, Mask On! You start to get this godly power. You get a few seconds of invincibility that’s accompanied with a dope drum beat. Along with invincibility, you walk through and destroy any enemy that tries to mess with you. Watch him work in this super cut of Aku Aku through a decade of Crash Bandicoot games.

Aku Aku may not have many lines, but you can’t tell me you didn’t try to figure out and repeat what he says when he appears. I know y’all was like “OOGA BOOGA”! You can tell that Aku Aku and Crash are homies by the way he floats at Crash’s side instead of being something you have to devour. If you manage to not get hit, he accompanies you on your journey giving a good sense of security. He is definitely the body guard/friend we all need! 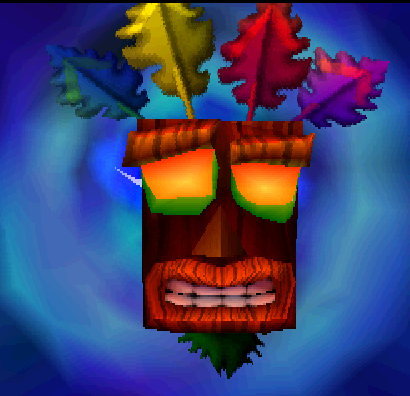