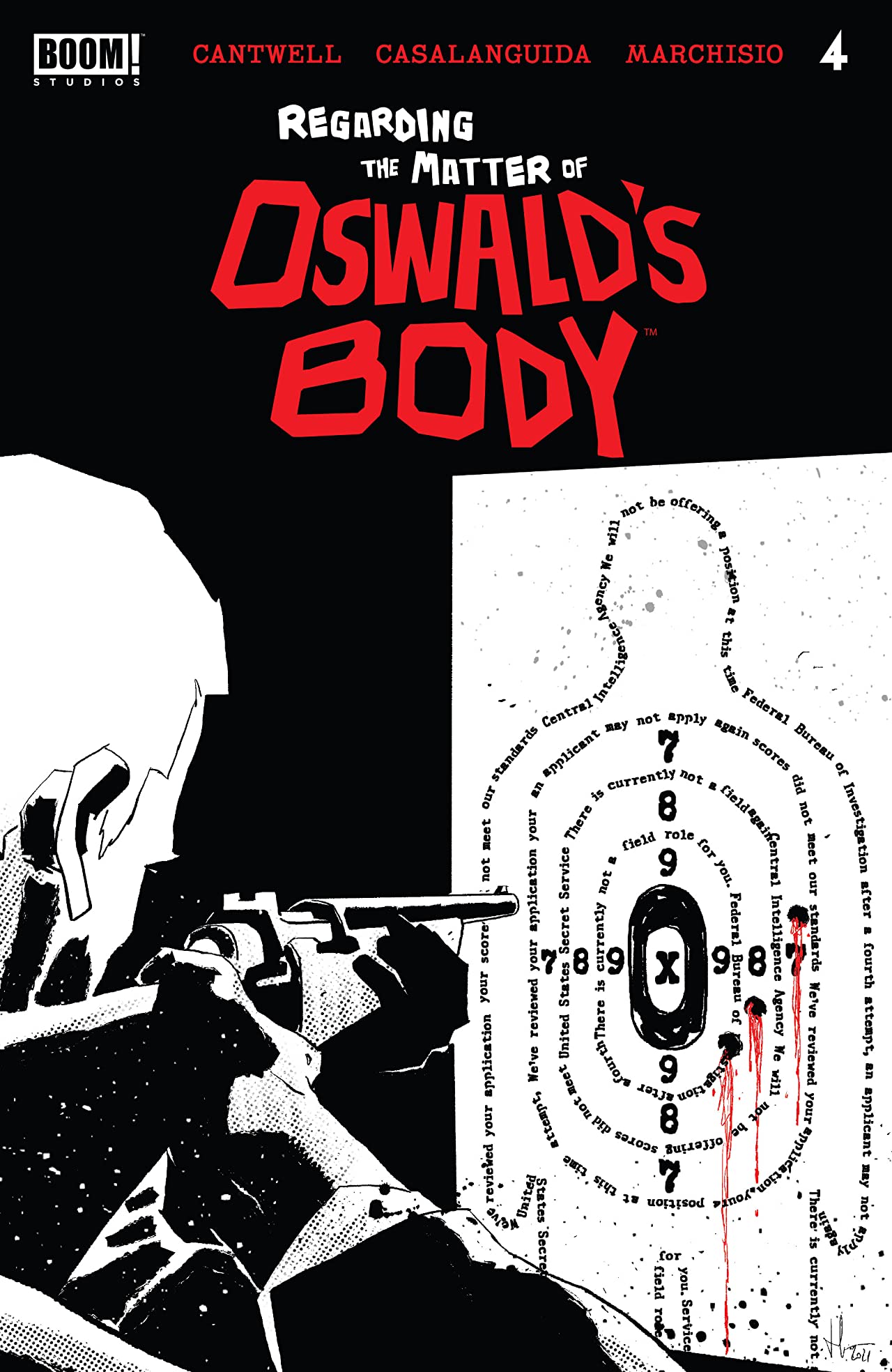 It still in fact feels very weird to be reviewing a series centered around a conspiracy all things considered. The assassination of John F. Kennedy was a flashpoint of American history, and a multitude of factors involving its circumstances have kept it in the public conscious. The fact that there are so many conspiracy theories around it makes it a benchmark for the modern suite of what people are calling hoaxes and fabrication. But one of the most interesting things about Regarding the Matter of Oswald’s Body, is that while the premise hinges on this iconic event, it’s a story that transcends.

After the revelation that Lee Harvey Oswald was still alive and kicking, our motley crew reckon with their actions in Regarding the Matter of Oswald’s Body #4. It’s a slower, more meditative issue than its immediate predecessors, but the musings that are within the pages are poignant as ever.

Cantwell’s cadence is nothing short of phenomenal in Regarding the Matter of Oswald’s Body #4. Each line of dialog is perfectly crafted for the character and the moment, and Cantwell writes one of the best villain monologues as Lee Harvey Oswald explains his complicity and his decision making. In turn, we get equally incredible responses from the main cast. It is a chilling conversation on the nature of power and personal agency and provides a fascinating transition to what will be a stellar conclusion. Furthermore, I adore Casalanguida’s art, how it compliments the recreation of the world, and how he instills so much humanity into the picture.

I was not expecting to fall in love with the series as much as I did. But the joint efforts of Cantwell and Casalanguida have culminated in a stunning period piece and historical fiction that use one of the premiere conspiracy sources to wax poetic about the small and large actions that we take. I’m very excited to see how it all comes together in the final issue, because I think it’s going to be something special.