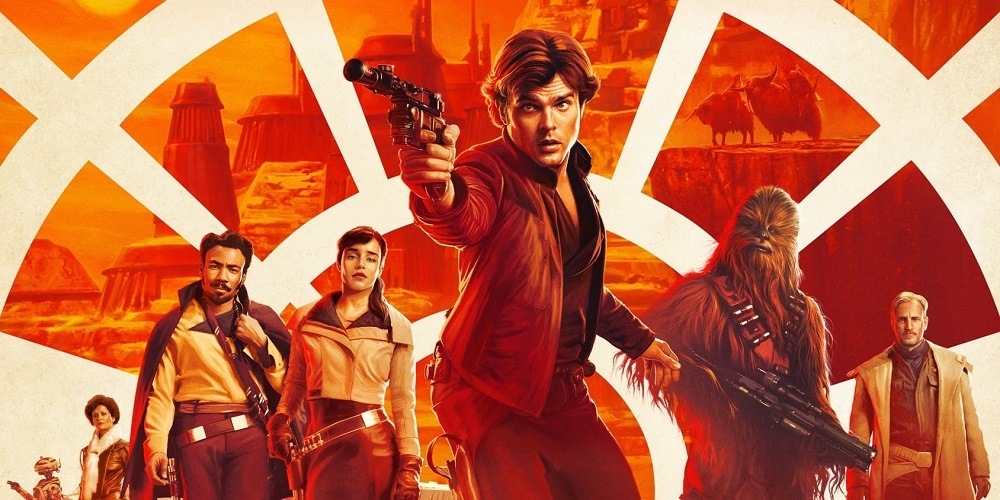 I think that managing expectations is a huge part of living a happy life. Your boss is likely not gonna swing around to your cubicle to talk about intersectionality. Your MAGA-hat-wearing neighbor is not going to donate time or energy to the Community Garden. Solo, the latest standalone in the Star Wars universe is not going to offer the origin story of Han Solo.

Okay. *Deep breath*. I’m not going to get what I wanted: a true origin story with characters that evolve and become who we have known them to be. Nope. Han arrives as… well, Han. Fully formed, arrogant without enough to back it up, scrappy, and generally Han-ish. Lando, as well, arrives as Lando in all his caped, pansexual magnificence. Chewie, too.

Here’s where I take a step back, breathe, and reevaluate my expectations. Despite not offering what I thought it would offer, the movie is a fun, good time. Alden Ehrenreich’s Han is the likable rogue he had to be. His interpretation of the character makes perfect sense in light of the universe two generations have grown to love.

I’m biased, but Donald Glover as Lando did a fair share of scene-stealing. Reportedly, Billy Dee Williams told the musician and driving force behind Atlanta to be charming. Welp, Glover listened. His Lando is talk-you-out-of-your-last-drink-of-water-while-you-walk-through-a-desert-together type smooth. And the capes. And the hair. And the voice. At some point, you think “this is the world’s most untrustworthy dude” and a second later “he seems fun.” So… mission accomplished, BDW. 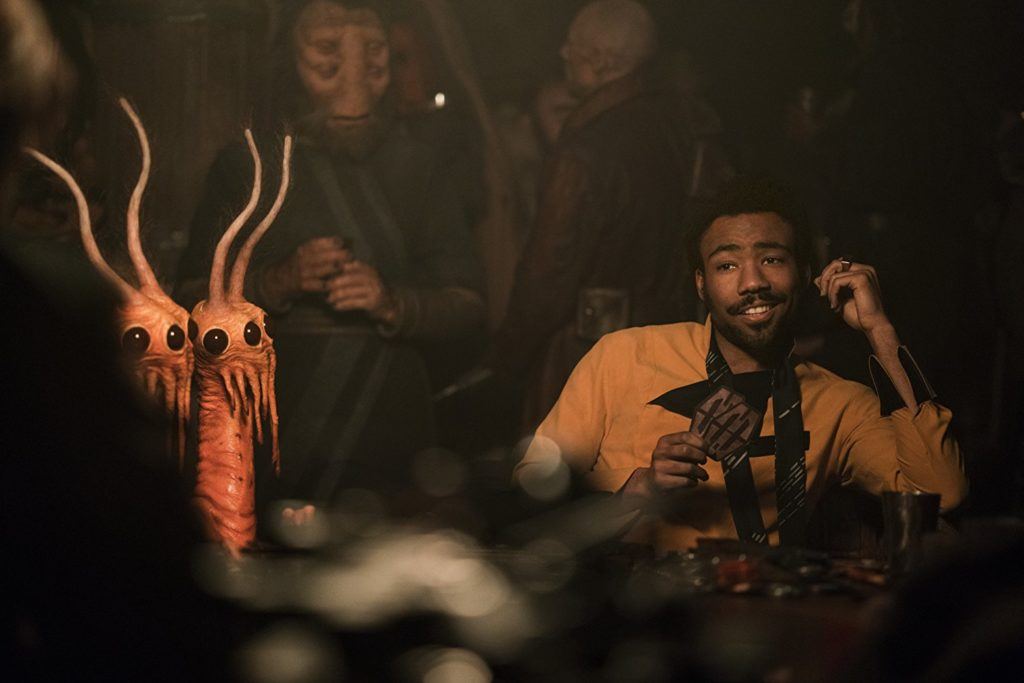 Joonas Suotamo once again dons the Chewbacca suit in this installment, so that we can see how everyone’s favorite Wookie and Solo formed their lifelong partnership. Nostalgia and easter eggs were rampant throughout the movie, but all the good feels were in the air when these two exchanged Wookiee and banter. It felt like hearing my grandparents playfully argue on the porch, reassuring.

Because the entirety of this story happens before A New Hope, the stakes aren’t that high. We know, at the very least Solo, Chewie, and Lando will make it out alive. While that deflates the joy a little, the space western still does what space westerns do: there’s fighting, criminals, and a “big job.”

Overall, if you go in looking for a nostalgic one-off space western filled with lovable ruffians who make questionable choices in beautiful locations, this is the movie for you. If you’re looking for a movie that doesn’t have the potential to breed think-pieces about its blatantly problematic elements, this might not be the movie for you. If you’re like me and you love sci-fi and are a sucker for any movie set in space and can simultaneously critique elements of a film you liked and saw twice opening weekend, then go see it. It’s worth it. Without spoilers, the movie ventures into at least one conversation that it didn’t have to, so thanks to writers Jonathan Kasdan and Lawrence Kasdan and to director Ron Howard. That said, there are holes in the conversation worth poking at. On the other hand, the movie reinforces a common narrative that seems outdated in 2018. But movies, like people, contain multitudes.