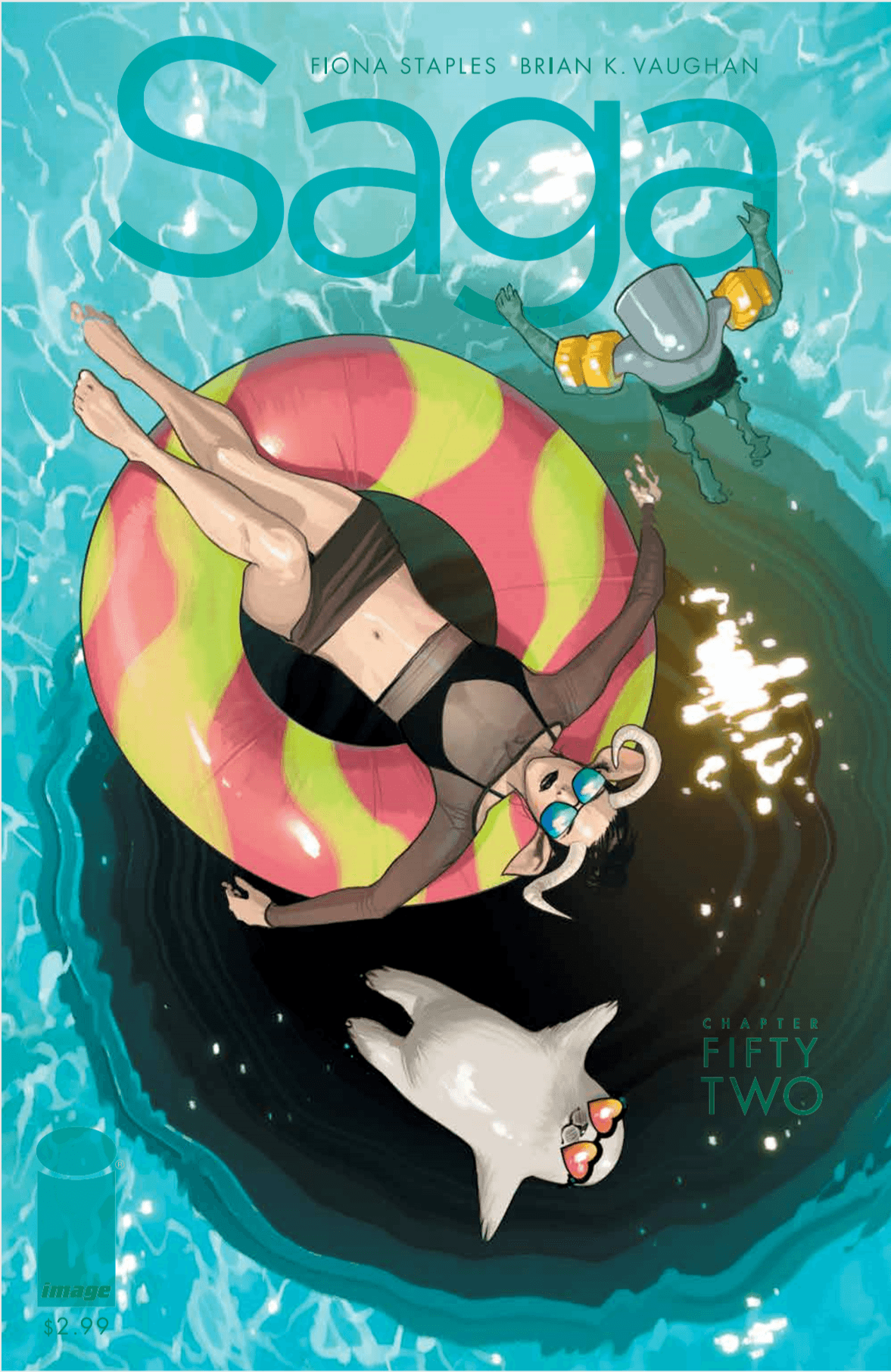 Leave it to Brian K. Vaughan and Fiona Staples to make what ostensibly is a simple “day at the beach” episode of Saga into an utterly fantastic way to end this month’s comic pull lists. Vaughan slows down the hectic pacing of the mainline story and gives the cast, and the readers, a chance to rest and recoup before the consequences of Saga #51 fully manifest into the world. For every action, there is a reaction and Saga #52’s thesis seems to be one of escalation. The universe is at war and every action taken in wartime affects the war at some time. Every aggression provokes another aggression, and it’s a chilling cycle that shakes friends and families alike.

Staples artwork remains as brilliant ever, and the character work remains mesmerizing. The opening pages rapidly snapshot Hazel’s fervor, Sir Robot’s determination, Ghüs’ glee, and Petrichor’s worries about the future before pivoting to Marko and Upsher contemplating the strange circumstances of their narrative. The backdrops of the island are jaw-droppingly vibrant. They made me feel like I was actually on a beach, despite currently residing in a landlocked state. The artisanship that goes into creating biomes that are both familiar and utterly alien, continually leaves me floored and cements Staples as one of the best modern artists.

Not to be outdone, Vaughan continues blend adult fears with childlike retrospection. Future Hazel drops bombshell truisms that leave you stunned as you recall an analogous moment in your own life, or a similar philosophy that you still hold. 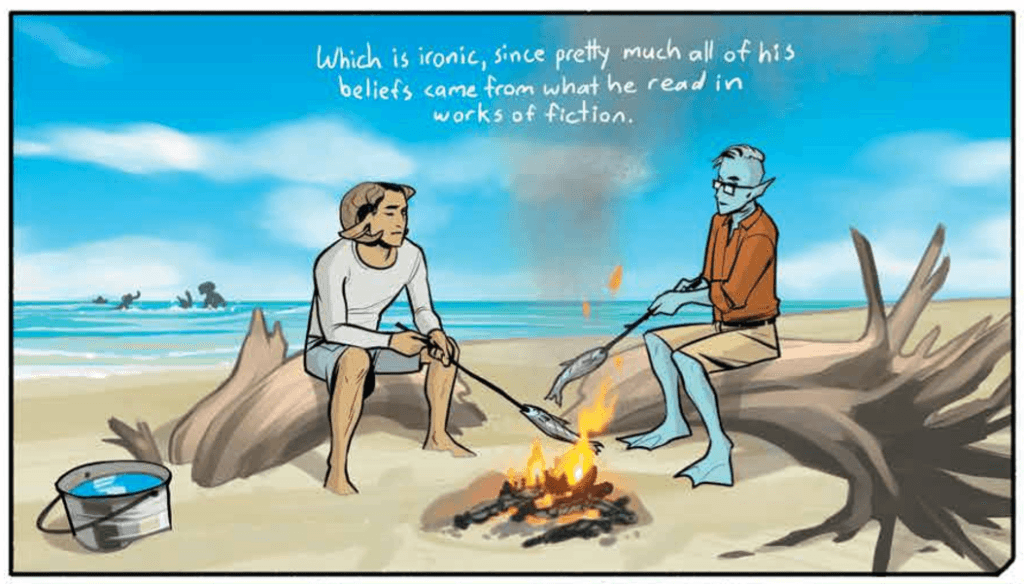 Saga #52 continues building a house of cards on top of dominoes that were laid out last issue. At any moment, you know something is going to give. Something is going to break beautifully and horrifically. It’s an issue that showcases what Vaughan and Staples do best: lure you into a magical world and challenge every single one of your perceptions.