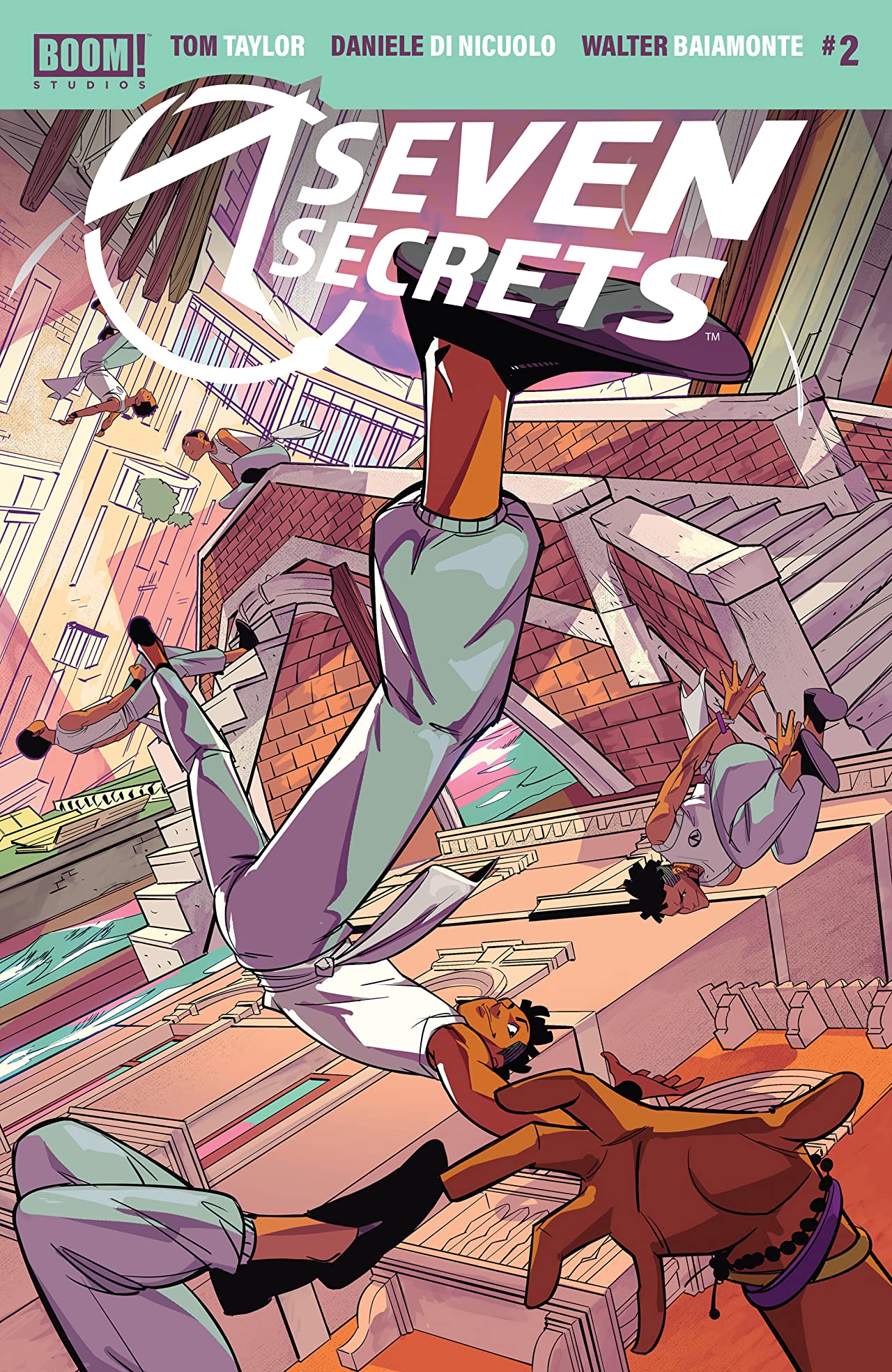 If first issues are supposed to intrigue, second issues are supposed to clarify. Taylor and Di Nicuolo definitely managed to capture my attention, and despite my trepidation with the pacing I was still very much excited to see where this grand conspiracy and adventure story was going to take us, and as Taylor has once again demonstrated, why he is one of the best writers in the market.

Seven Secrets #2 feels like the true starting point for the series for me. The issue is directly anchored in Casper’s lived experiences, which in turn makes it a lot more personable and much easier for me to get invested into the story. Casper’s narration is a clever mix of first person and pseudo-omniscience (in that he definitely knows much more about the machinations than we the reader). We get a clear sense of what are his memories and what he has managed to piece together, and we get a vague sense of all of the tantalizing things to come.

And if nothing else, Taylor knows how to write an ensemble. We are introduced to a vast array of characters throughout the issue, but the succinct summations coupled with Di Nicuolo’s art work brings the characters to life. All of the named characters are drastically different from one another and present themselves with readable body language and iconic costumes. And in a series where we are rotating the cast at a fairly regular interval, that type of signposting is welcome and appreciated.

Seven Secrets has clear roots in a variety of pulp speculative fiction stories with just enough spy drama mixed to keep a wide range of audiences entertained. Each page is vivid, both in the accelerated and focused paced on Casper’s youth and the colorful set pieces.

Seven Secrets #2 fulfills the promise of is #1, and I personally cannot wait to see how the rest of the series will unfold from here on out.