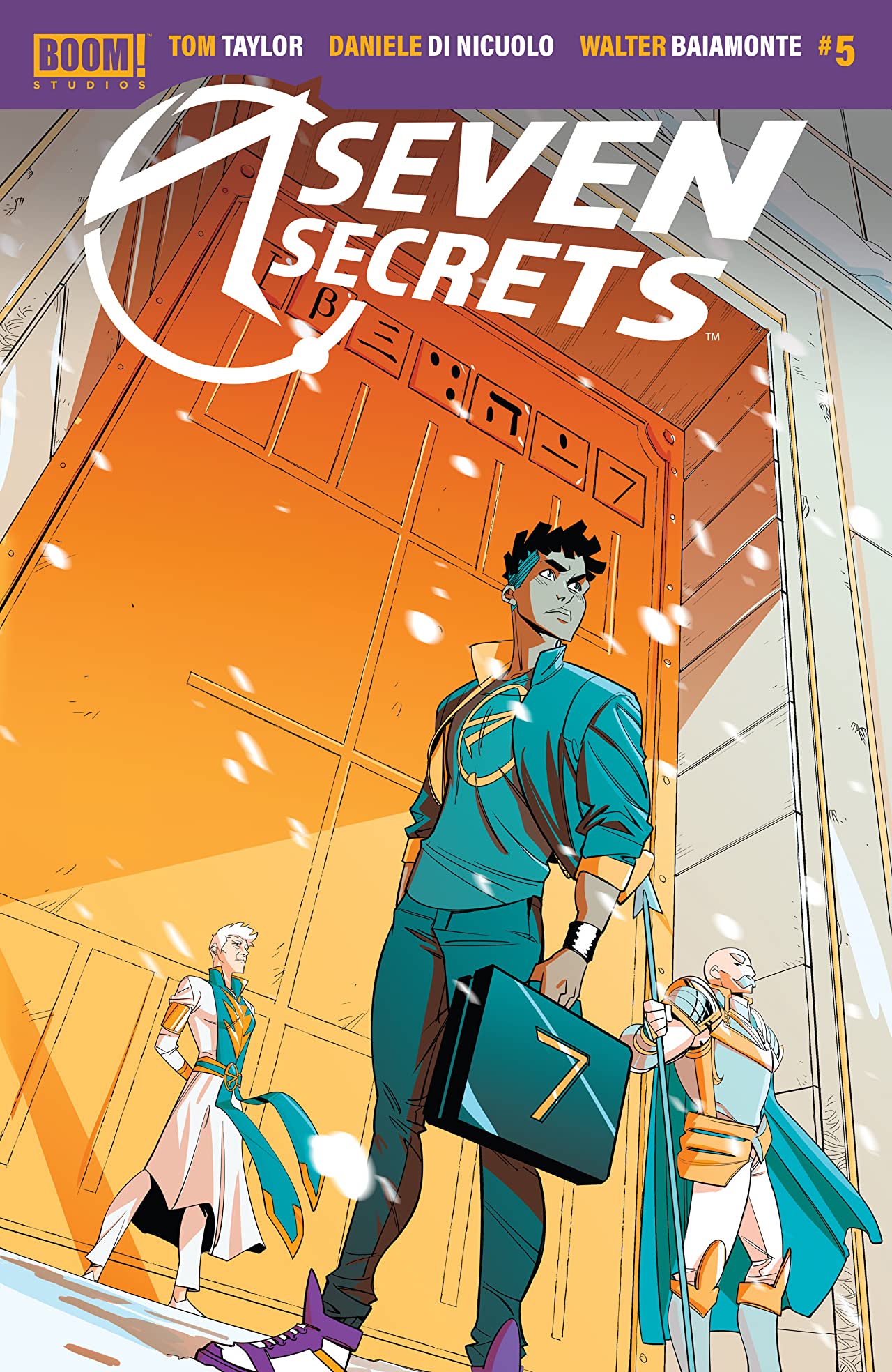 Ensemble stories are difficult. Having a large cast of characters necessitates having a narrative that justifies having that many characters to begin with which then comes with the added complications of making sure that each of the characters has something interesting to do. The more characters you have, the more this becomes a logistical nightmare of making sure every character gets meaningful screen time, and it’s just truly impressive how Taylor makes it work with ease.

Just off hand, we have seven Holders and seven Keepers, former candidates, and leadership of the organization and the Seekers, and yet Taylor and Di Nicuolo have managed to make every named character recognizable and affable in some way, shape, and form. It certainly helps that Di Nicuolo’s character design work has produced some truly iconic designs, and no two characters can be confused with each other by profile alone. It helps that Taylor is anchoring the story around a single character, so we always have Casper as the proverbial lightning that keeps everything connected. But it’s just really well done how scenes are these wonderful flashes of character and personality that also advance the larger myth arc with ease.

There is a predictability that is slowly formulating in the series where it’s obvious that the villains are one step ahead of the heroes, which is somewhat belied by the format and framing of the story. That said, it’s so incredibly well executed that even though I can predict the beats, the way we’re getting there is so engrossing that I’m willing to overlook some of the flaws.

Seven Secrets #5 fulfills the promise made in Seven Secrets #4. It shows how all of the parties moved into different positions and the immediate consequences and continues just to be fun to read and look at it. The action is bold and compliments all of the personal victories and losses that it precedes and follows, and it just works as a concept. There is a strong through-line that makes me excited for the next month, and that is the biggest compliment I can give a series these days.